Rising comedy star Tiffany Haddish stole the screen in "Girls Trip." Now she's here to steal the stage in her first stand-up special, SHE READY! FROM THE HOOD TO HOLLYWOOD! premiering tomorrow, Friday, August 18 at 9 p.m. ET/PT on SHOWTIME.

In this hour-long special filmed at the Nate Holden Performing Arts Center, the Los Angeles native tackles subjects ranging from her early days in foster care and being bullied on the playground to getting revenge on ex-boyfriends and introducing Will and Jada Pinkett Smith to Groupon. With her bold and unique style of comedy and refreshingly positive outlook on life, Haddish proves SHE READY for the spotlight!

Haddish is quickly establishing herself as one of the most sought-after comedic talents in television and film. She can currently be seen starring in this summer’s blockbuster hit film Girls Trip, alongside Queen Latifah, Jada Pinkett Smith and Regina Hall. Up next, she will be starring alongside Tracy Morgan in his upcoming comedy series The Last OG, created and executive produced by Morgan and Jordan Peele. 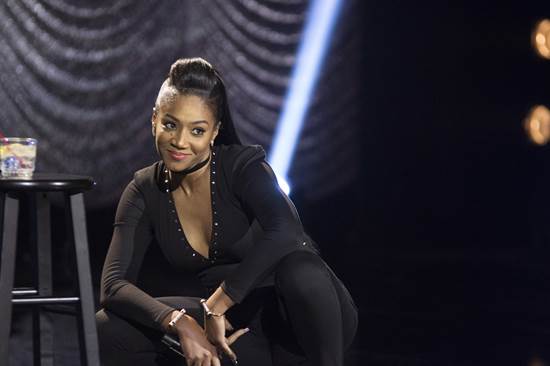 Haddish co-starred alongside Keegan-Michael Key and Peele in the film, Keanu. Her other credits include the films Meet the Spartans, Racing for Time and The Janky Promoters, plus recurring television roles on If Loving You Is Wrong, Real Husbands of Hollywood and New Girl. Haddish’s comedy has landed her on Jenny McCarthy’s Dirty Sexy Funny comedy tour, and she has made appearances on The Late Show with Stephen Colbert, Jimmy Kimmel Live, TheTonight Show, Chelsea Lately and The Arsenio Hall Show. She has been an early standout since first appearing on Def Comedy Jam, Bill Bellamy's Who's Got Jokes? and Comedy Central's Reality Bites.