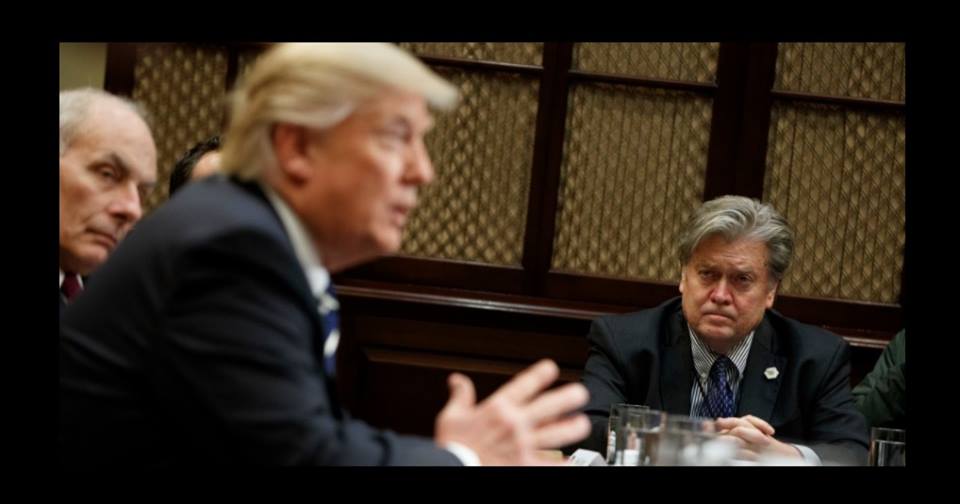 Throughout the past seven months, several figures have left or been removed from President Trump's White House team; including Reince Priebus, Sean Spicer, Anthony Scaramucci and Lt. Gen Michael Flynn.

On Friday morning, it was confirmed that the president's chief strategist Steve Bannon would be leaving his position.

White House press secretary Sarah Huckabee Sanders confirmed Bannon's departure. However, it is unclear as to whether Bannon was fired or if he resigned.

"White House Chief of Staff John Kelly and Steve Bannon have mutually agreed today would be Steve's last day. We are grateful for his service and wish him the best," Sanders said in a statement.
"He is not a racist, I can tell you that. He's a good person. He actually gets a very unfair press in that regard," President Trump said.