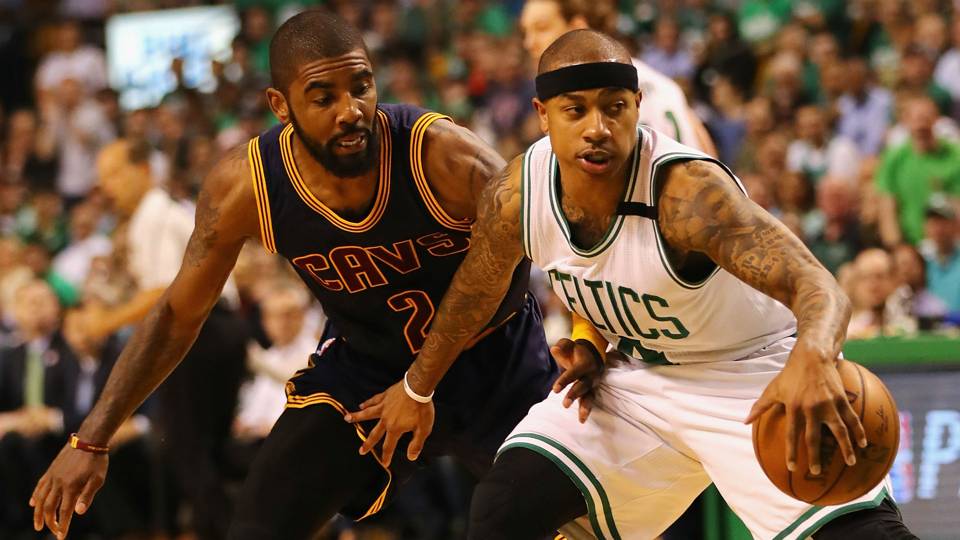 The question is: what has happened in "LeBron-Land" since his Cavaliers lost in the NBA Finals to the Goldenstate Warriors, which made Kyrie Iving so unhappy that he demanded a trade? Was it just that Irving was tired of playing "Robin" to James' "Batman," or is there more to this dispute than meets the eye? Whatever the problem, the solution came in an announcement from the Boston Celtics on Tuesday night, that they have aqcuired All-star point guard Kyrie Irving from the Cleveland Cavaliers for point guard Isaiah Thomas, forward Jae Crowder, center Ante Zizic and Brooklyn's 2018 unprotected first-round pick. Irving, 25, requested a trade during a July meeting with Cavalier's owner Dan Gilbert. At the time, Irving said that he wanted to play in a situation in which he could be more of a focal point and that he no longer wanted to play alongside LeBron James, sources said. Celtics President of Basketball Operastions Danny Ainge noted the bittersweet nature of Tuesday's trade.

"This has obviously been a roller coaster of a day for us, trading away Isaiah, Jae and Ante, especially Isaiah and Jae, who have been such a big part of our team and our success and our Celtic culture as leaders of our team. Very, very difficult day." Ainge said. "At the same time, a very exciting time [to add] one of the best offensive players in the league."