Lana Del Rey released her fifth studio album "Lust for Life," which features such singles as "Lust For Life" (Feat. The Weeknd), "Coachella – Woodstock On My Mind," "Summer Bummer" (Feat. A$AP Rocky & Playboi Carti), and "Groupie Love" (Feat. A$AP Rocky). The album is available to purchase and stream on all partners globally July 21, 2017.

Multi-platinum selling rock band X Ambassadors have released their newest single "Ahead Of Myself" July 21st via KIDinaKORNER/Interscope Records. "Ahead Of Myself" is the first single to be announced off the band’s forthcoming sophomore album and it is available for streaming and digital download via all participating digital retailers.

Dan Croll's "Bad Boy" Liverpool sessions from his sophomore album, "Emerging Adulthood," which is out now via Kobalt Music Recordings. This album delves into Croll's speckled-diversity as a songwriter, combining twinges of old-fashioned jazz and vintage-rock instrumentations with the purest moments of modern pop structures. "Emerging Adulthood" is available for streaming and digital download via all participating digital retailers.

"This Isn't The Place" from Nine Inch Nails' new EP "Add Violence." The album is now available for digital download and streaming everywhere.
The five-song collection will be released on CD in September, it is the second in a trilogy of EPs, following 2016's "Not The Actual Events." The band will also headline FYF Fest In Los Angeles this Sunday, July 23, and Panorama Festival in NYC on July 30. 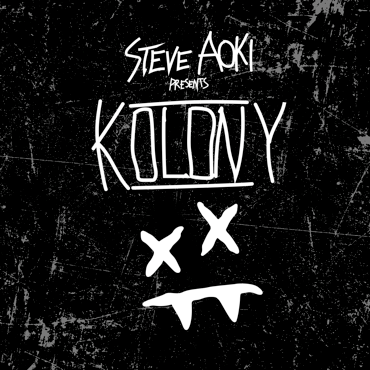 Grammy-nominated DJ, record producer, restauranteur, fashion and music executive, Steve Aoki presents "KOLONY," out now via Dim Mak Records / Ultra Records. "KOLONY" is a ten-track release with an amalgamation of collaborations that blur the boundaries between electronic music and hip-hop. "KOLONY" is available for streaming and digital download via all participating digital retailers.