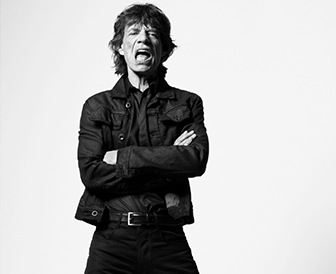 Listen to the tracks here:

Gotta Get A Grip – Mick Jagger

“GOTTA GET A GRIP” OFFICIAL VIDEO

“I started writing these two songs in April and wanted them out straight away. Doing a whole album often takes a long time even after finishing it with all the record company preparations and global release set up. It’s always refreshing to get creative in a different fashion and I feel a slight throwback to a time when you could be a bit more free and easy by recording on the hoof and putting it out there immediately. I didn’t want to wait until next year when these two tracks might lose any impact and mean nothing," the music superstar said.

In speaking about 'England Lost,' Jagger said:"Ostensibly, it’s about seeing an England football team lose, but when I wrote the title I knew it would be about more than just that. It’s about a feeling that we are in a difficult moment in our history. It's about the unknowability about where you are and the feeling of insecurity. That’s how I was feeling when I was writing. It's obviously got a fair amount of humour because I don’t like anything too on the nose but it's also got a sense of vulnerability of where we are as a country."

“The message I suppose is - despite all those things that are happening, you gotta get on with your own life, be yourself and attempt to create your own destiny," Jagger said about 'Gotta Get A Grip.'