It’s All Over For The Clippers… Again! 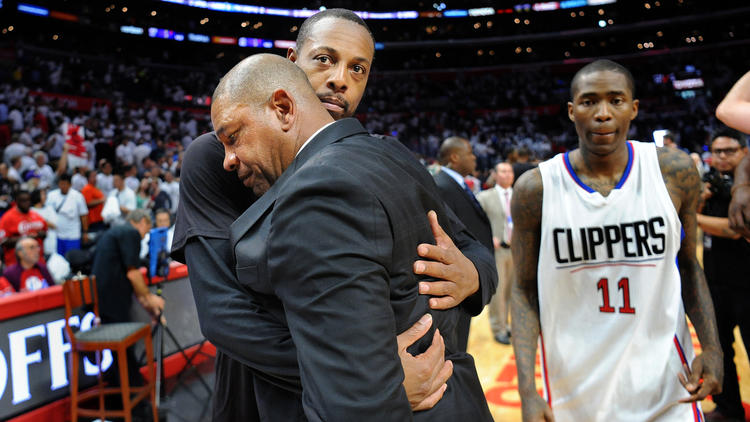 Well, the Los Angeles Clippers are officially “gone fishin’,” after a 104-91 loss to the Utah Jazz on Sunday at Staples Center, that was stunningly lopsided and disappointingly familiar. The only difference from the last two seasons is it’s an earlier exit from the playoffs, not advancing to the second round as they have before. Now, the blame game begins. For my money, you have to start looking at the leadership of “Doc” Rivers, who holds two of the most important positions of any basketball organization, being the President of Basketball Operations and Head Coach. This appears to be the trend in the NBA regarding hires, where coaches are demanding the two positions in order to have control of player personnel. In Rivers’ tenure wearing both hats, he signed son Austin Rivers to a 3-year deal worth $35,475,000 with that amount being guaranteed, and an annual average salary of $11,825,000. In 2016-17, Rivers earned a base salary of $11,000,000. That signing demonstrates a lack of judgment because although a good player, Rivers is hardly worth $11,000,000 dollars a year. Add that to the fact that this summer, Chris Paul and Blake Griffin can opt out of their contracts, while J.J. Redick will become a free agent, and the future of the franchise is in dire straits. In fairness, Rivers has endured a rash of injuries over the past three seasons, mostly involving Paul and Griffin. Most sports writers are calling for the team to break up the “Big 3,” of Paul, Griffin and DeAndre Jordan, but I don’t necessarily believe that’s the answer. However, I would be in favor of allowing Griffin to find residence elsewhere, because he seems to be plagued with more injuries than the rest, always putting the team in the position of having to play with him and then without him throughout every season. It’s hard for a team to find continuity and consistency when one of your best players is not reliable. And it really doesn’t matter how great of a player you are if you’re not available to help your team when your team needs you. Unfortunately, the Clippers don’t have any draft picks this summer, after losing them in trades by Rivers, who has struggled as the the head executive. Owner Steve Balmer has been here only three seasons, and because two of those playoff chases were cut short by injuries, he doesn’t appear to have seen enough yet to give up on this group or its leader. But, I believe that the clock is ticking on Rivers and if something great doesn’t develop for this team in the off-season, his future holding any position within the Clipper organization is on shaky ground.

Television
'Scandal' Will Have Its Final Season In Office Season 7