Movie Review: 'The Circle' Is A Timely Cautionary Tale

An idealistic college grad becomes the face of a powerful tech and social media company whose mission to create a “transparent society” soon proves detrimental in “The Circle,” a futuristic thriller starring Emma Watson and Tom Hanks. 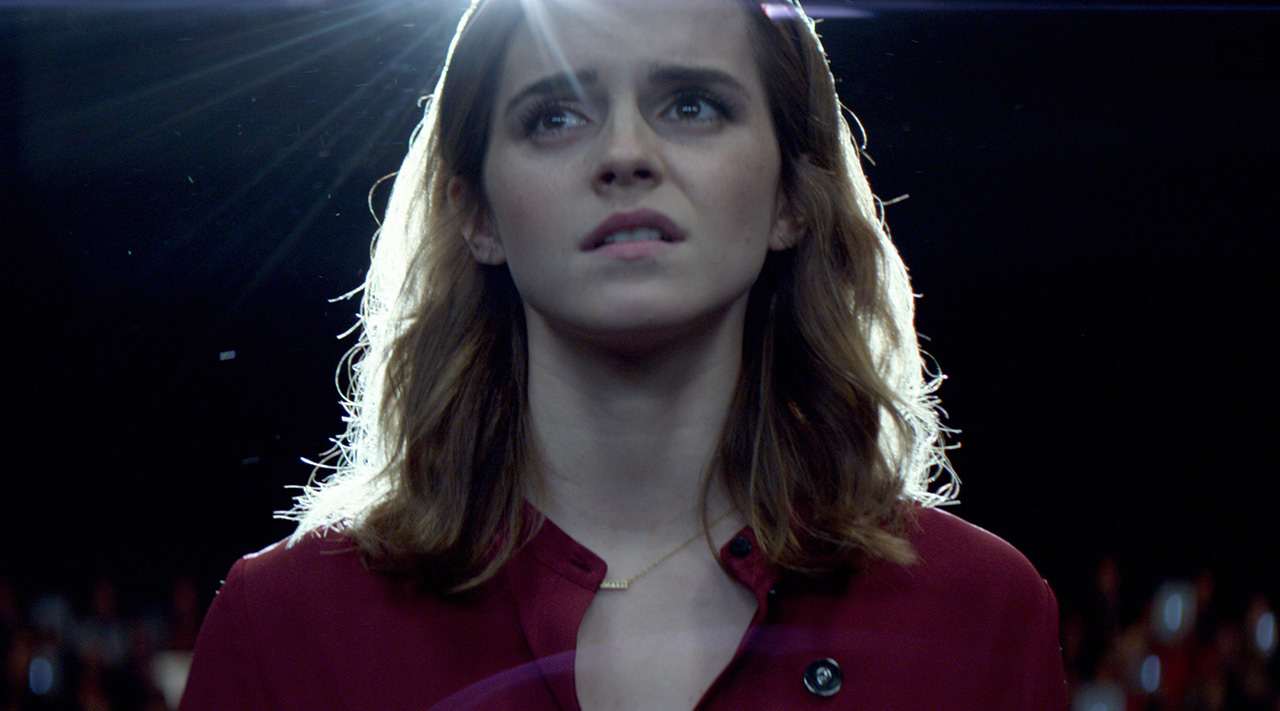 Directed by James Ponsoldt (“The End of the Tour”) from an adaptation he co-wrote with the novel’s author, Dave Eggers, “The Circle” is a thought-provoking cautionary tale that invites audiences to consider the frightening possibilities of a not-too-distant future increasingly controlled by technology, where privacy is but a thing of the past. Falling somewhere between satire and unsettling prophecy, there are some tonal inconsistencies that render “The Circle” an uneven cinematic experience. Still, given the timely subject matter and intellectual approach to the material, not to mention the meaty performances, sleek cinematography and mind-bending production design, ‘The Circle’ succeeds as a provocative thriller that holds a mirror up to our technology-driven, privacy-endangered world.

In the film, Watson plays Mae Holland, a recent college grad in the Bay Area whose life pretty much revolves around her parents, Bonnie and Vinnie (Glenne Headly and the late Bill Paxton), the latter of whom is suffering from MS. Looking for a post-college gig, Mae’s prayers are soon answered by her best friend Annie (Karen Gillan), who helps her land a job alongside her at The Circle, a tech and social media behemoth. Led by The Circle’s fascinating founder, Eamon Bailey (Tom Hanks), the company is like Facebook, Amazon, YouTube and Apple all in one. Striving to create a community centered around shared experiences, the company deploys their SeeChange cameras and TruYou single sign-in application to collect personal information, and pretty much erase user privacy in the process. 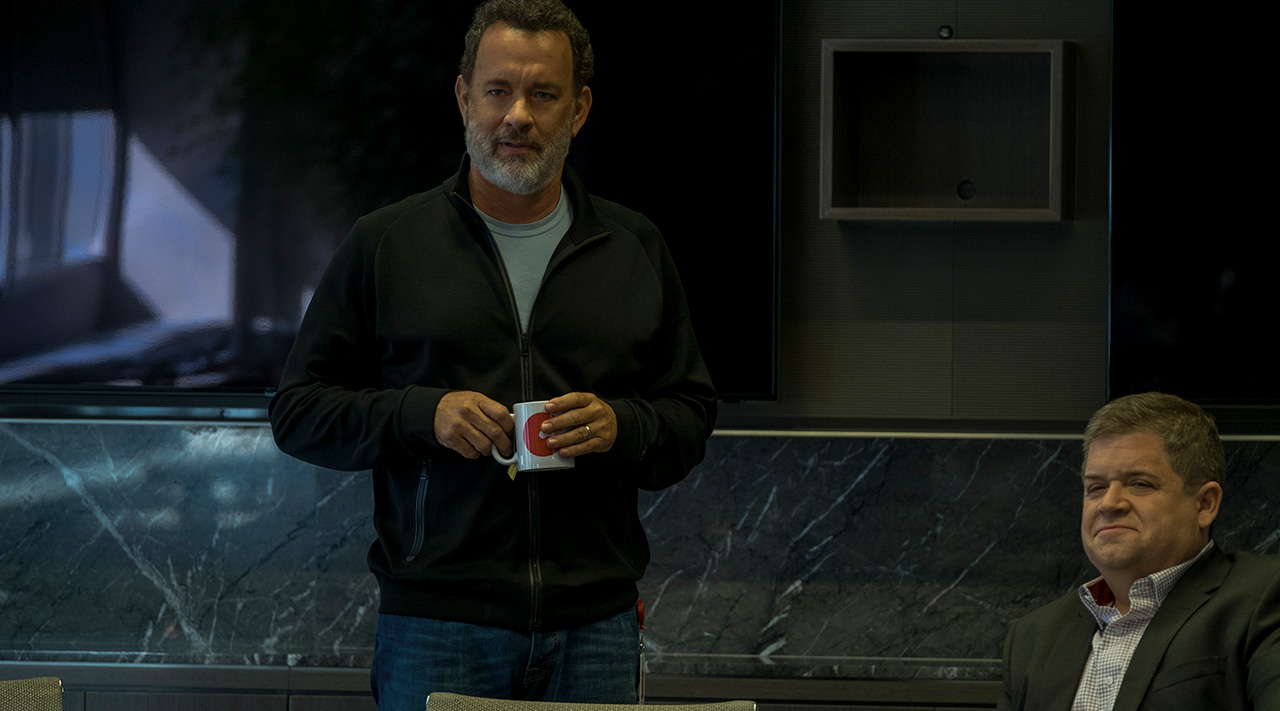 Initially put off by the “transparent society” ethos of the company, when the SeeChange cameras help Mae out of a perilous situation while kayaking in the Bay, she quickly becomes the company’s strongest advocate. Coming to believe that not only does transparency make humans the best versions of themselves, but that privacy should be illegal, Mae agrees to an experiment where she wears a SeeChange camera at all times, and becomes the face of the company in the process. But as Mae rises through the ranks and her prominence grows, she begins to see the inherent dangers of the transparent society The Circle aspires to create.

Working from an adaptation he co-wrote with novelist Dave Eggers, director James Ponsoldt handles the thriller genre with the same delicacy he deployed in previous films like “The Spectacular Now” and “The End of the Tour.” Managing to evoke both the humor and the horror of The Circle’s transparent mission, Ponsoldt coyly draws parallels between the fictional company and real-world counterparts like Apple and Facebook, revealing how close we are to living in the privacy-endangered world depicted onscreen. And while the script does an excellent job conveying the bare and frightening realities of this allegedly utopian society revolving around transparency, it stumbles in other areas, such as the growing friction between Mae and her jealous best friend, and the strain her Circle conversion places on her parents. 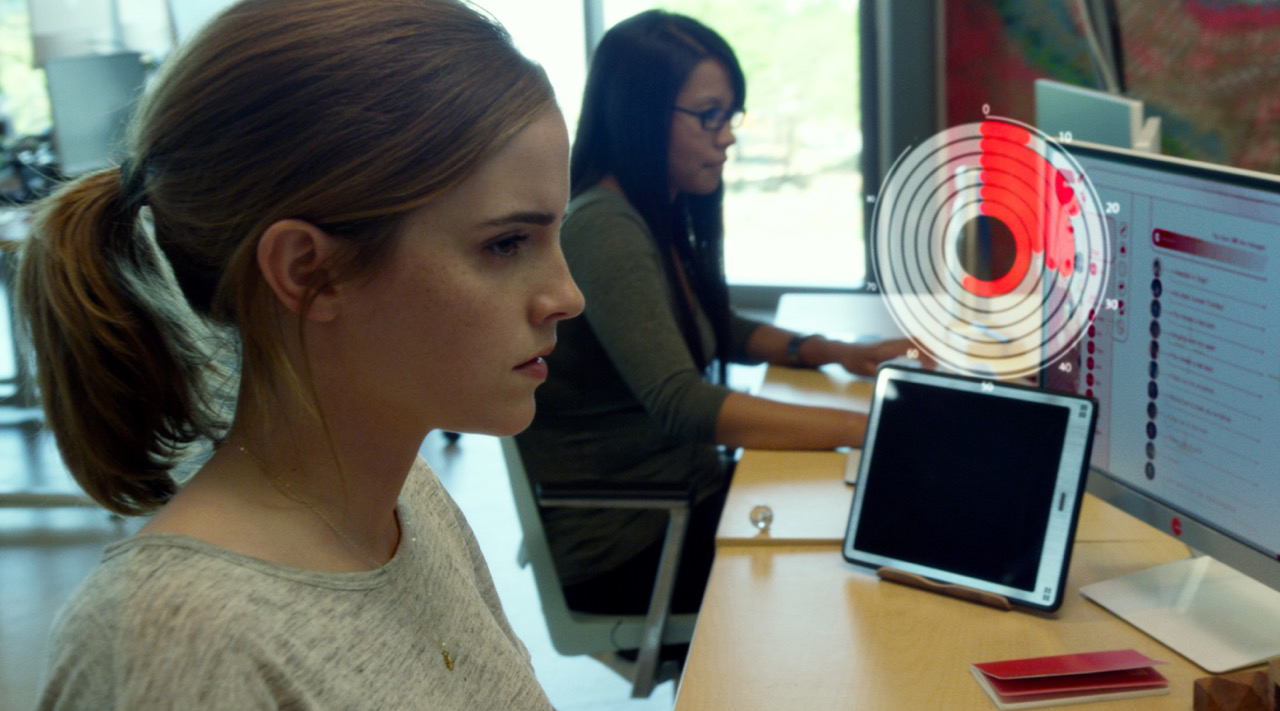 Despite some narrative deficiencies, “The Circle” is buoyed by captivating performances from its diverse cast, and none more so than Emma Watson as the impressionable Mae Holland. Transforming from a naïve college grad to a diehard Circler who gives herself fully to the cause, Watson elicits the right amount of innocence to really drive home how easily some people can fall into these cultish operations. As Eamon Bailey, the founder of The Circle, Tom Hanks is his usual charismatic self, and Patton Oswalt plays it surprisingly straight as The Circle’s morally bankrupt COO. Coming off his ten-years-in-the-making performance in Richard Linklater’s “Boyhood,” Ellar Coltrane excels as Mae’s technology-fearing ex-boyfriend, while John Boyega (“Star Wars: The Force Awakens”) proves a compelling presence as Ty, The Circle’s original creator fearful over the company’s direction. Lastly, in his final big screen performance as Mae’s MS-stricken father, Bill Paxton projects that down-to-earth quality that made him so relatable throughout his distinguished career.

“The Circle” is a timely thriller that shines a light on the negative aspects of a technology-driven society.

Rated PG-13 for a sexual situation, brief strong language and some thematic elements including drug use.

Film
Movie Review: ‘The Lost City of Z’ Is An Amazing Amazonian Adventure