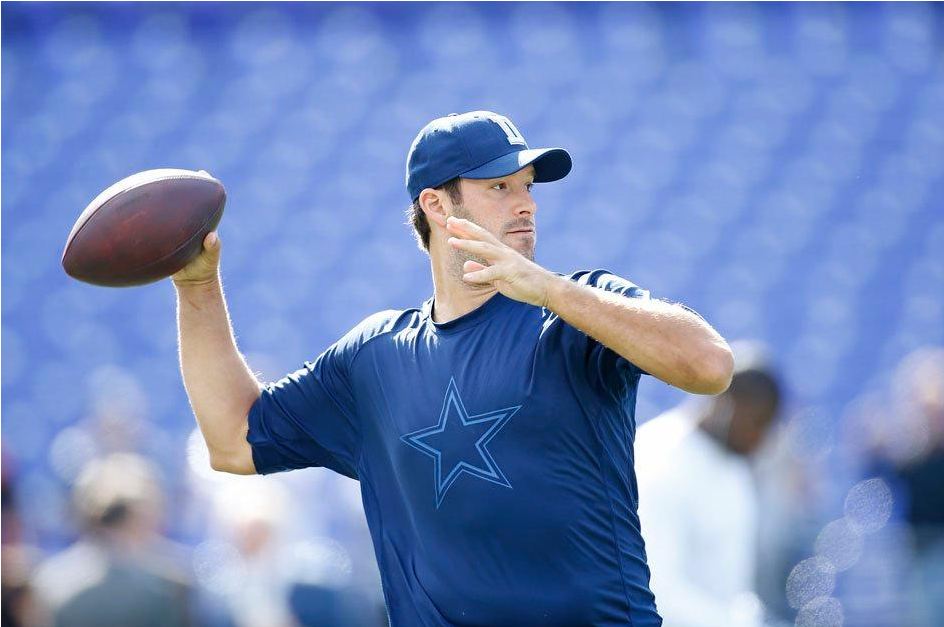 Romo, who played for 14 years with the Dallas Cowboys, will join Jim Nantz and Tracy Wolfson on the lead announce team for the Network’s coverage of THE NFL ON CBS on Sunday afternoons and Thursday Night Football.

“Tony has been one of the NFL’s biggest stars for the past decade, and we are thrilled to welcome him to CBS Sports,” said McManus. “He will bring the same passion, enthusiasm and knowledge that he displayed on the field to the broadcast booth. He brings a fresh and insightful perspective to our viewers having just stepped off the field. We know Tony will quickly develop into a terrific analyst, and alongside Jim Nantz, will become a must-listen for fans each week.”

“When you think about the NFL, two of the most iconic brands are the Dallas Cowboys and CBS Sports,” said Romo. “Going from one legendary team to another as I begin the next phase of my career is a dream come true. I have always known that once my playing career was over I wanted to become a broadcaster. I am ecstatic for the opportunity to work with Jim as I learn the craft and convey to fans my passion for this great game.”

“As we welcome Tony, we want to acknowledge Phil Simms who served as our lead NFL analyst for nearly 20 years,” said McManus. “Phil has been a very important part of our coverage since the NFL returned to CBS in 1998. His strong opinions, coupled with his tremendous knowledge and passion for the National Football League, has created a unique broadcasting style making him one of the best analysts to ever call the game. We are discussing with Phil his future role with CBS Sports. We cannot thank him enough for the way he has represented himself and CBS Sports during his tenure as CBS's lead NFL analyst.”