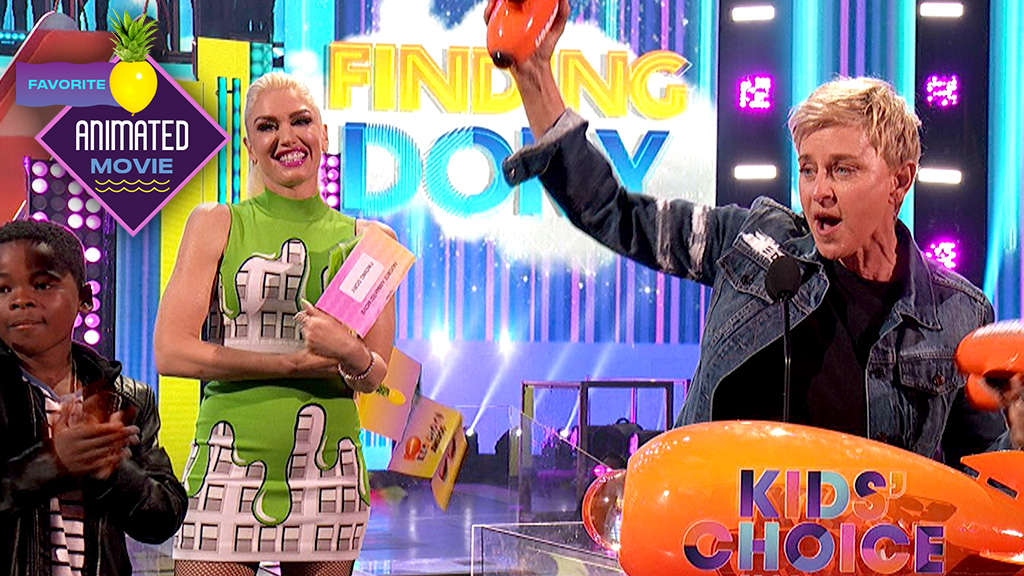 This year’s festivities kicked off with Henry Danger star Jace Norman transporting himself from the set of Henry Danger to the orange carpet, where he ran into Kel Mitchell, JoJo Siwa, and Black-ish cast members Miles Brown and Marsai Martin, before spotting Cena. Cena then made his way to the show stage through a maze of cheering kids, slime and music.

During the show, musical performers Machine Gun Kelly and Camila Cabello took the KCA stage to perform their platinum-selling number-one single, “Bad Things,” against the backdrop of a lighting and projection spectacle. International music sensation Little Mix performed a medley of their hit singles, “Touch” and “Shout Out to My Ex,” right before taking home the blimp for Favorite Global Music Star.

The 2017 Kids’ Choice Awards proved to be a mega slime fest: from Demi Lovato being slime-soaked by a Smurfy set piece; to Chris Pratt getting a surprise sliming in the Kids’ Choice control room; to Kevin Hart getting doused with the coveted green goo after his triple win for Favorite Villain, Most Wanted Pet and BFFs; to the Power Rangers (Becky G., Naomi Scott, RJ Cyler, Ludi Lin, Dacre Montgomery) sliming the audience; and Cena receiving the ultimate green surprise while elevated above the stage at the end of the show.

This year’s show put the power of choice in the hands of kids at home with an interactive digital experience like never before.  Kids had the opportunity to choose what happens live during the show by casting votes to determine the outcome of multiple stunts including: Jack Griffo and Kira Kosarin competing in the “chubby bunny” challenge; Big Sean and Bethany Mota tossing t-shirts into the audience; DJ Khaled putting the cast of Nicky, Ricky, Dicky & Dawn (Mace Coronel, Lizzy Greene, Casey Simpson) against Cena in an epically messy arm wrestle; and Cena and Nick Cannon competing in a hip-hop dance battle.

In addition to the live votes, Nick’s digital platforms offered a second screen experience that included real-time play alongs, interactive polls that paid off within the show and exclusive real-time updates with photos and videos from the orange carpet and backstage. From Facebook to Snapchat and everything in between, Nickelodeon’s social channels captured all of the best snaps, memes, GIFs, videos and pics from the night. Fans can go to Nick.com or the Nick App to relive all of their favorite show moments by watching video highlights from the live show and flipping through live event pictures.