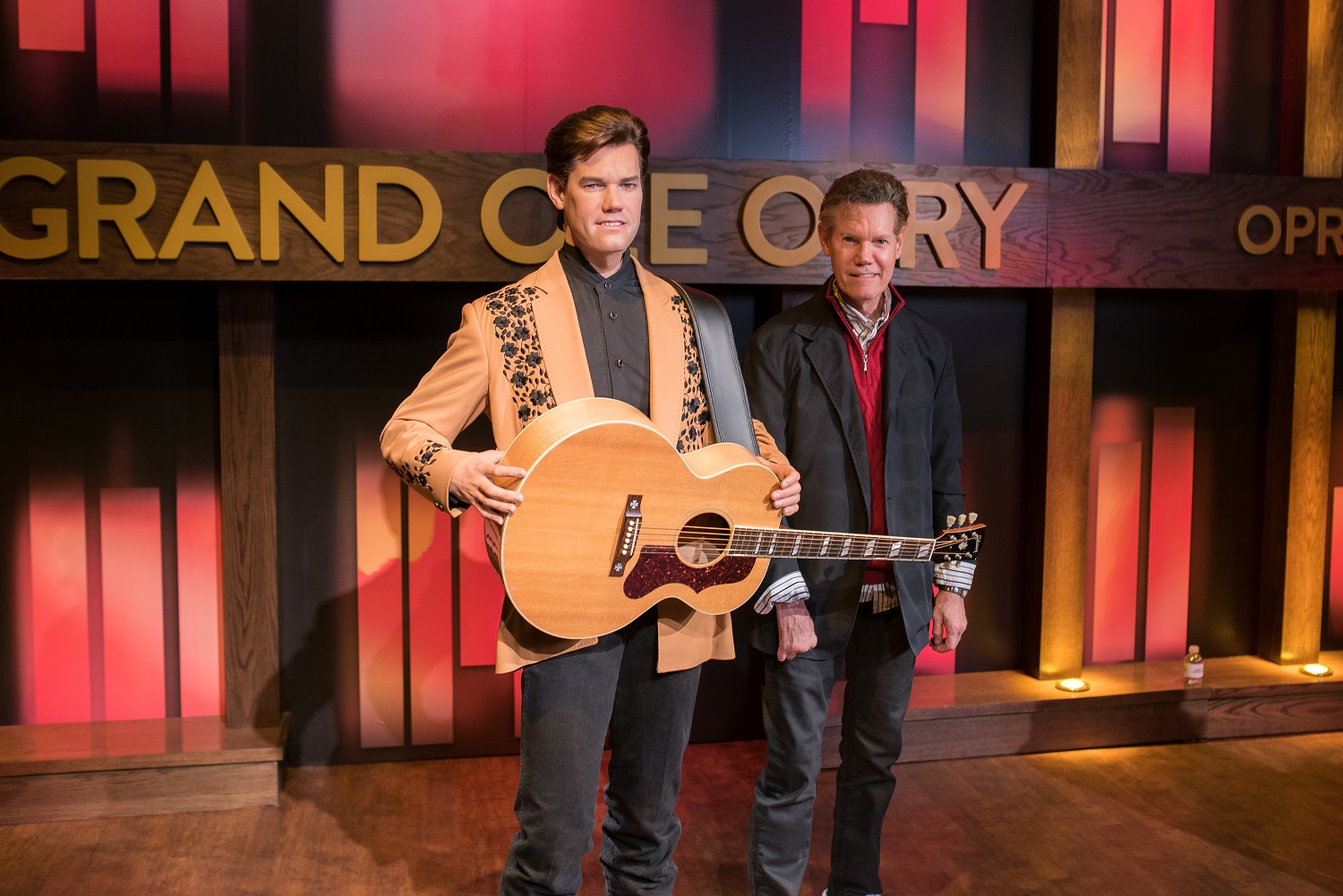 To capture the Country Music Hall of Fame member’s likeness, Travis underwent a “sitting” with Madame Tussauds studio artists in Nashville. The research team took more than 300 measurements while Travis himself donated personal items of clothing to create a true likeness.

The figure is dressed in late 1990’s style featuring a suede embroidered jacket, jeans Travis donated himself and a 1991 Gibson J-185 guitar.

“I have been excitedly waiting to see the figure in person,” said Travis. “The Madame Tussauds team did a fantastic job capturing my likeness and I can’t wait for my fans to stop by the attraction to see it for themselves.”

After 40 years of dedication and influence in the country music genre, Travis’ legacy will be immortalized by the figure on display at Madame Tussauds Nashville.  Randy’s wax figure will be the 50th figure in the attraction and the last one introduced for 2017.

Each Madame Tussauds figure is truly a work of art, involving teams of professional artists and sculptors who spend months on extensive research and take more than 300 measurements to recreate world-famous icons, to achieve the kind of astonishing realism that has been at the heart of the 250-year Madame Tussauds legacy.

With a completely different concept, the attraction in Nashville is the company’s first offering in the U.S. that focuses solely on music icons that have shaped America’s musical landscape. Guests are encouraged to have fun with the famous stars from musical genres such as Country, Rock n Roll, Jazz, Blues and Pop.

To stay up to date visit the attraction’s website and join the newsletter at https://www.madametussauds.com/nashville.

FYI
Taylor Swift & A Bunch Of Kittens: Yes, It's A Real Wax Figure