It's A Deal: Disney Acquires Twenty-First Century Fox For $52.4 Billion in Stock 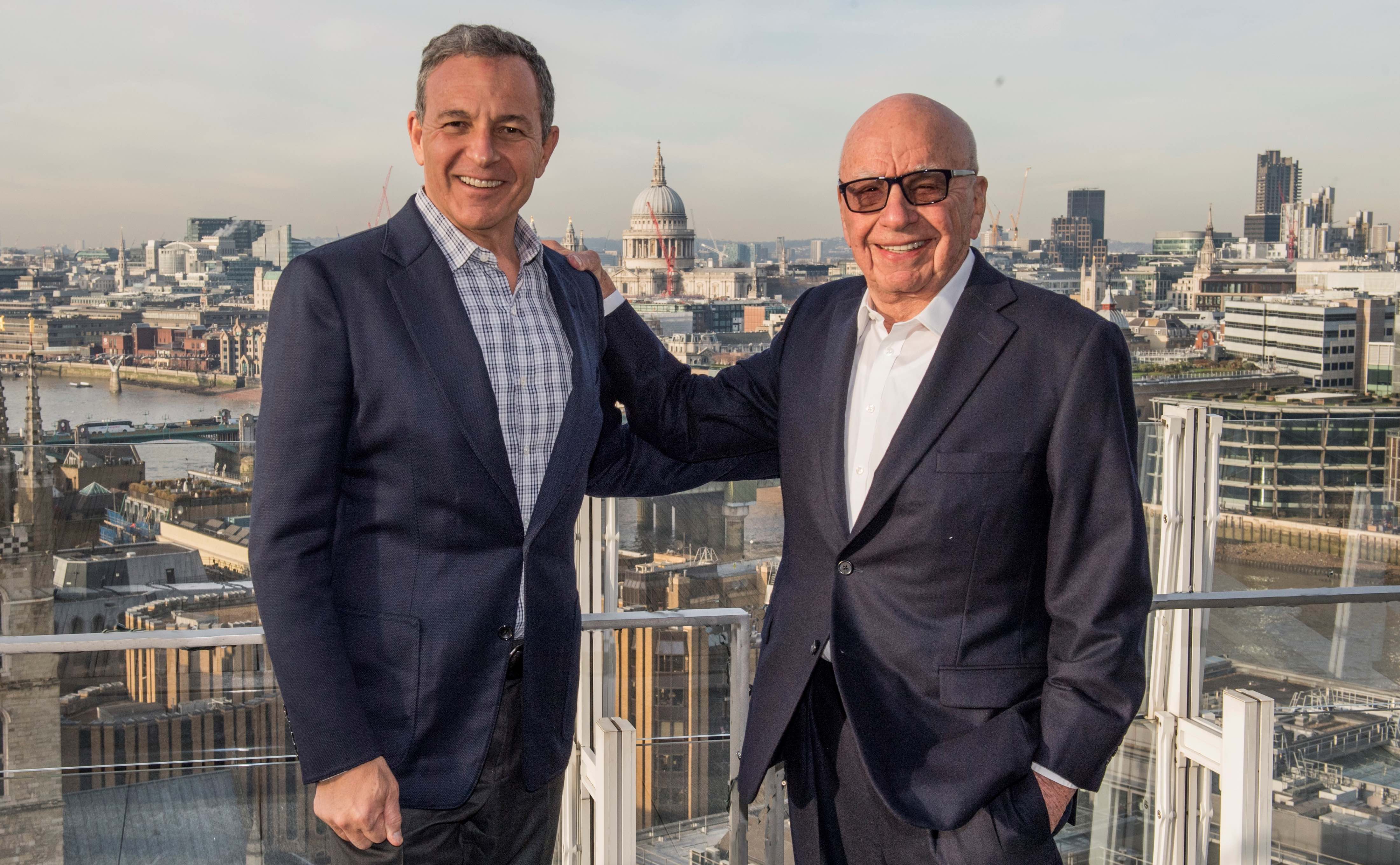 The Walt Disney Company (NYSE: DIS) and Twenty-First Century Fox, Inc. (“21st Century Fox” —NASDAQ: FOXA, FOX) today announced that they have entered into a definitive agreement for Disney to acquire 21st Century Fox, including the Twentieth Century Fox Film and Television studios, along with cable and international TV businesses, for approximately $52.4 billion in stock (subject to adjustment).

Building on Disney’s commitment to deliver the highest quality branded entertainment, the acquisition of these complementary assets would allow Disney to create more appealing content, build more direct relationships with consumers around the world and deliver a more compelling entertainment experience to consumers wherever and however they choose.

Immediately prior to the acquisition, 21st Century Fox will separate the Fox Broadcasting network and stations, Fox News Channel, Fox Business Network, FS1, FS2 and Big Ten Network into a newly listed company that will be spun off to its shareholders.

Under the terms of the agreement, shareholders of 21st Century Fox will receive 0.2745 Disney shares for each 21st Century Fox share they hold (subject to adjustment for certain tax liabilities as described below). The exchange ratio was set based on a 30-day volume weighted average price of Disney stock. Disney will also assume approximately $13.7 billion of net debt of 21st Century Fox. The acquisition price implies a total equity value of approximately $52.4 billion and a total transaction value of approximately $66.1 billion (in each case based on the stated exchange ratio assuming no adjustment) for the business to be acquired by Disney, which includes consolidated assets along with a number of equity investments.

“The acquisition of this stellar collection of businesses from 21st Century Fox reflects the increasing consumer demand for a rich diversity of entertainment experiences that are more compelling, accessible and convenient than ever before,” said Robert A. Iger, Chairman and Chief Executive Officer, The Walt Disney Company. “We’re honored and grateful that Rupert Murdoch has entrusted us with the future of businesses he spent a lifetime building, and we’re excited about this extraordinary opportunity to significantly increase our portfolio of well-loved franchises and branded content to greatly enhance our growing direct-to-consumer offerings. The deal will also substantially expand our international reach, allowing us to offer world-class storytelling and innovative distribution platforms to more consumers in key markets around the world.”

“We are extremely proud of all that we have built at 21st Century Fox, and I firmly believe that this combination with Disney will unlock even more value for shareholders as the new Disney continues to set the pace in what is an exciting and dynamic industry,” said Rupert Murdoch, Executive Chairman of 21st Century Fox.