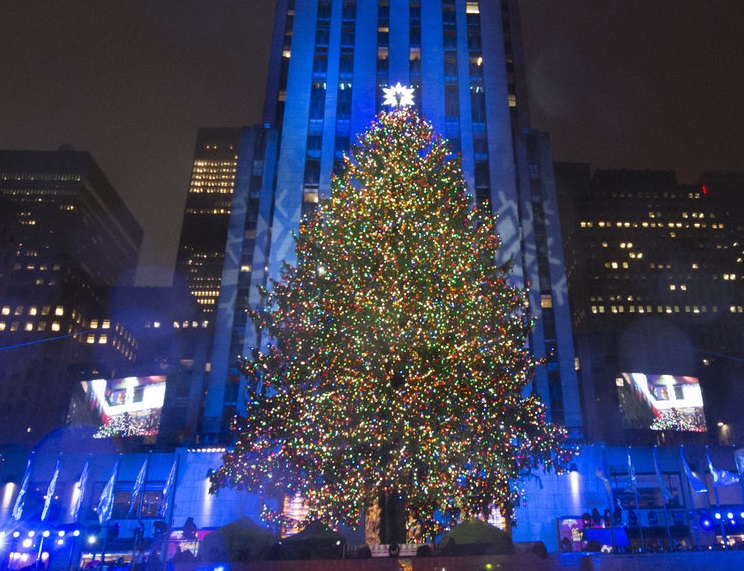 The tradition of the Rockefeller Christmas tree dates back to the Great Depression. First erected in 1933, the inaugural tree was decked with 700 lights and placed in front of the then eight-month-old RCA Building. The Christmas tree gathering was enhanced in 1936 with the opening of the Rockefeller Plaza outdoor ice-skating pond. NBC-TV televised the tree lighting for the first time in 1951 on “The Kate Smith Show” and as part of the nationwide “Howdy Doody” television show from 1953-55

The 85th annual holiday special will celebrate the lighting of a 75-foot tall, 50-foot wide Norway Spruce from State College, Penn. The tree weighs approximately 13 tons and is approximately 80 years old. It will be adorned with more than 50,000 multi-colored LEDs and will be topped with a stunning Swarovski star made up of 25,000 crystals and one million facets.

NBCUniversal is partnering with the Arbor Day Foundation for the ninth annual “Green Is Universal” holiday campaign by supporting tree-planting efforts to promote recovery in disaster-stricken areas brought on by the 2017 hurricanes Harvey, Irma and Maria. “Christmas in Rockefeller Center” viewers can go to www.greenisuniversal.com to select a tree image to post online using #ShareATree from Nov 27-Dec. 25 to help in planting 25,000 trees. Each share will contribute to the Arbor Day Foundation’s tree-planting efforts, funded by a $25,000 donation from NBCUniversal.

Television
Holiday TV: Tune In For 'How The Grinch Stole Xmas'