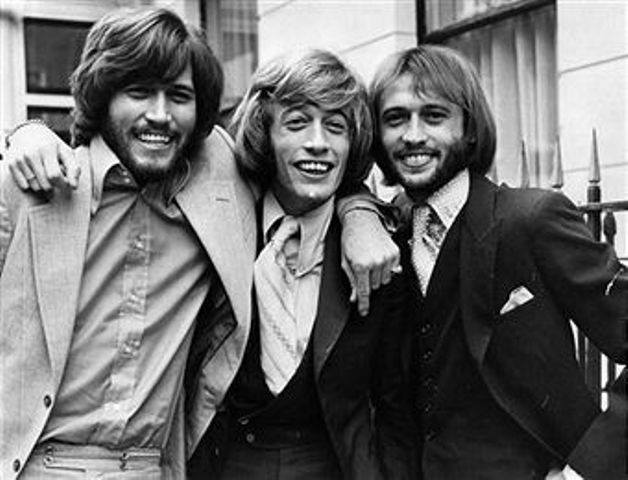 CBS, The Recording Academy® and AEG Ehrlich Ventures will celebrate the 40th anniversary of the landmark soundtrack to the film “Saturday Night Fever” when they present the live concert “Stayin’ Alive: A GRAMMY® Salute to the Music of the Bee Gees” just two days after THE 59TH ANNUAL GRAMMY AWARDS®. The Bee Gees are five-time GRAMMY winners and Recording Academy Lifetime Achievement Award recipients. The live concert will take place Tuesday, Feb. 14 at Microsoft Theater in Los Angeles, and be broadcast on the CBS Television Network later this year. To purchase tickets, starting at $25, visit www.axs.com or contact [email protected]. VIP packages and group sales are also available at 877-234-8425 or [email protected].

In addition, seven-time GRAMMY winner and Bee Gees co-founder Barry Gibb, who released a solo album late last year, will also perform a selection of hits from the Saturday Night Fever—Soundtrack, which won Album of the Year at THE 21ST ANNUAL GRAMMY AWARDS® and was inducted into the GRAMMY Hall Of Fame® in 2004. Additional performers will be announced soon.

“The Bee Gees—Barry, Robin and Maurice—were international musical icons who helped make ‘Saturday Night Fever’ an emblem of 1970s pop culture,” said Neil Portnow, president/CEO of The Recording Academy. “With expert harmonies, undeniable groove and a personal charisma matching their onstage persona, the iconic band of brothers defined not just a genre, but a generation. I'm looking forward to celebrating one of the most famous soundtracks ever produced and reliving ‘Saturday Night Fever,’ once again.”

“The Bee Gees created many of pop music’s most memorable anthems and to be able to gather some of music's brightest lights together to salute this great legacy is very exciting to me,” said Ken Ehrlich, executive producer of AEG Ehrlich Ventures. “Presenting new versions of these great songs promises an evening of true highlights, both for the artists themselves and millions of music fans. I’m proud to share a 42-year connection with Barry and his brothers and look forward to helping to create an amazing night of music and memories.”

“Stayin’ Alive: A GRAMMY Salute to the Music of the Bee Gees” continues the tradition of previous Emmy®-winning TV specials presented by CBS, The Recording Academy and AEG Ehrlich Ventures: “Stevie Wonder: Songs in the Key of Life—An All-Star GRAMMY Salute,” “The Beatles: The Night That Changed America—A GRAMMY Salute,” and “Sinatra 100—An All-Star GRAMMY Concert.” THE 59th ANNUAL GRAMMY AWARDS® is produced by AEG Ehrlich Ventures for The Recording Academy. Ken Ehrlich is executive producer, Louis J. Horvitz is director, Ben Winston is a producer and David Wild and Ehrlich are the writers.