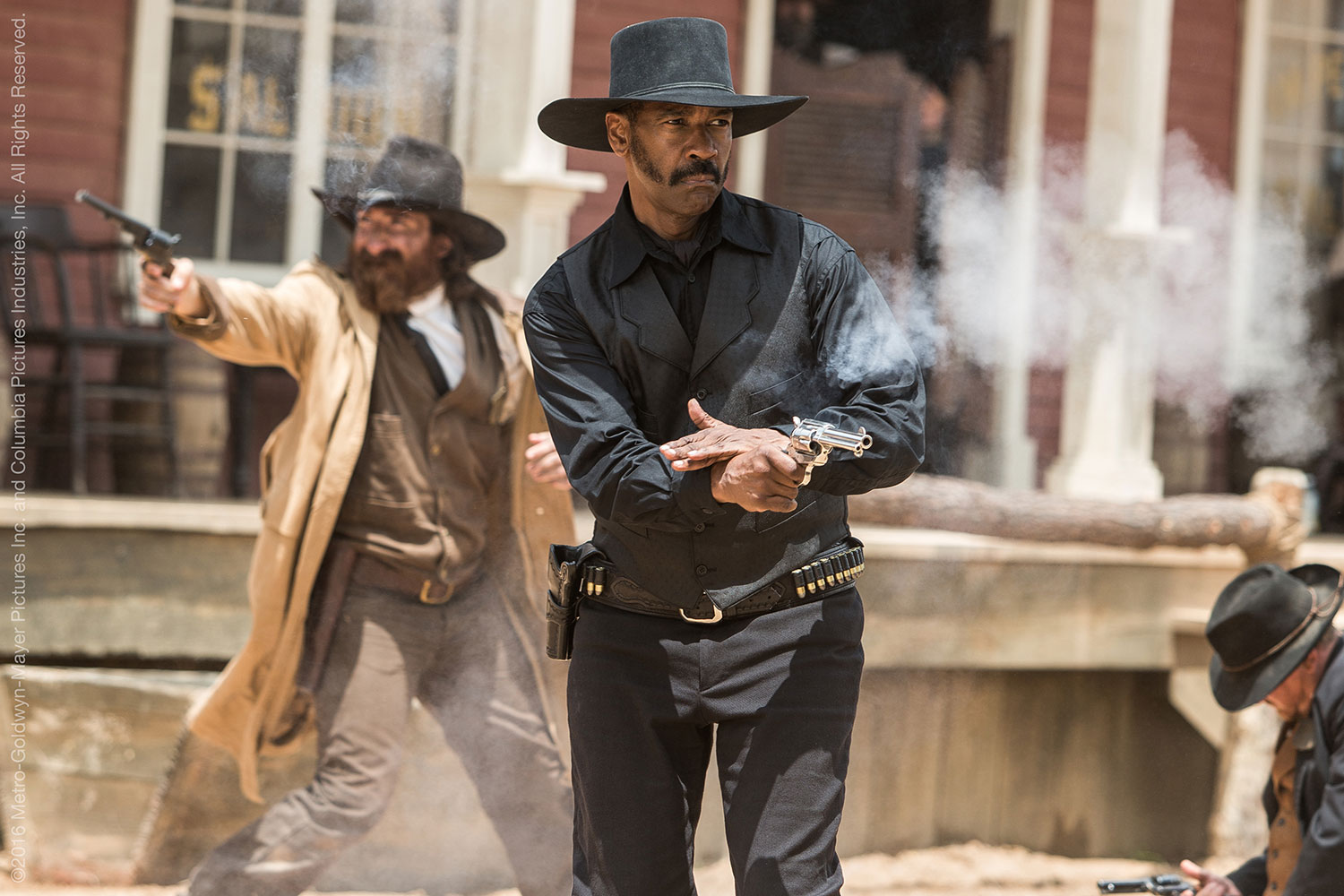 Just when you thought the season of franchise reboots had come to an end, Denzel Washington and Chris Pratt ride into theaters with a sharpshooting 21st century take on the classic 1960 western “The Magnificent Seven,” also starring Ethan Hawke, Vincent D’Onofrio, Peter Sarsgaard and Haley Bennett (“The Equalizer”).

Directed by Washington’s “Training Day” and “The Equalizer” director Antoine Fuqua from a script by Nic Pizzolatto (“True Detective”) and Richard Wenk (“Jack Reacher: Never Go Back”), this latest spin on Akiro Kurosawa’s “Seven Samurai” sticks to the original blueprint but suffuses it with a contemporary vibe, from the tongue-in-cheek humor to the outlandish-but-outstanding action sequences and the astronomical body count to go along with them. Although some of the Seven are better written than others, and the screenplay has about as much depth as a kiddie pool, Fuqua’s dynamite direction and the actors’ fully committed performances – most notably by Washington, Pratt and Peter Sarsgaard as a diabolical property poacher – give audiences enough reason to pull for this posse.

It’s 1879 in the sleepy town of Rose Creek, and the tight-knit community has just received an ultimatum from ruthless mining magnate Bartholomew Bogue (Peter Sarsgaard): either hand over your land for a fraction of its value, or die. To stress his point, Bogue leaves a few innocent bystanders in his wake, one of which is Matthew Cullen (Matt Bomer), husband to a strong-willed local named Emma Cullen (Haley Bennett). 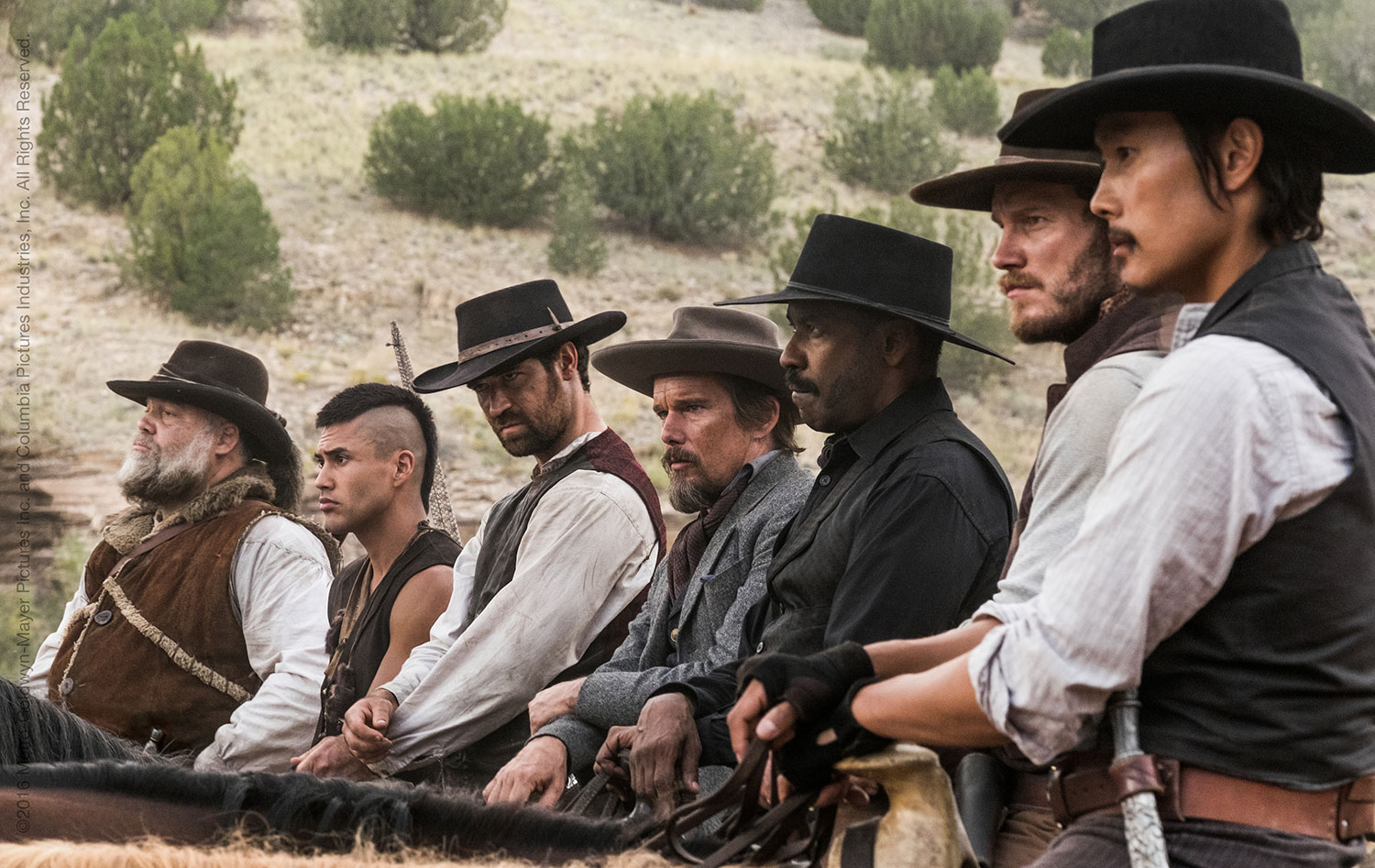 Desperate to avenge her late husband and save Rose Creek, Emma seeks out notorious bounty hunter Sam Chisolm (Denzel Washington), conveniently in town on business, in hopes that he’ll lead their cause. Intimately familiar with Bogue’s coldhearted brand of capitalism and moved by a deep sense of injustice, Chisolm quickly warms to the task and sets about rounding up a group of gun-slinging mercenaries.

A couple violent detours and crises of conscience aside, with the ragtag group of renegades assembled, The Magnificent Seven settle into Rose Creek to ready the townsfolk for a showdown to end all showdowns.

Although the director pays homage to the original on several occasions, either with visual cues or through the use of the original score by Elmer Bernstein, Antoine Fuqua’s update is designed for a modern audience, from the hyper-paced, hyper-violent (yet still PG-13) action set pieces to the playfully racist ribbing among the ensemble. And despite the lack of second act conflict – with the exception of one gun smoke shrouded dustup – whether it’s because of Mauro Fiore’s rich cinematography or the cast’s killer chemistry, “The Magnificent Seven” still gallops along smoothly without hitting many rough patches. 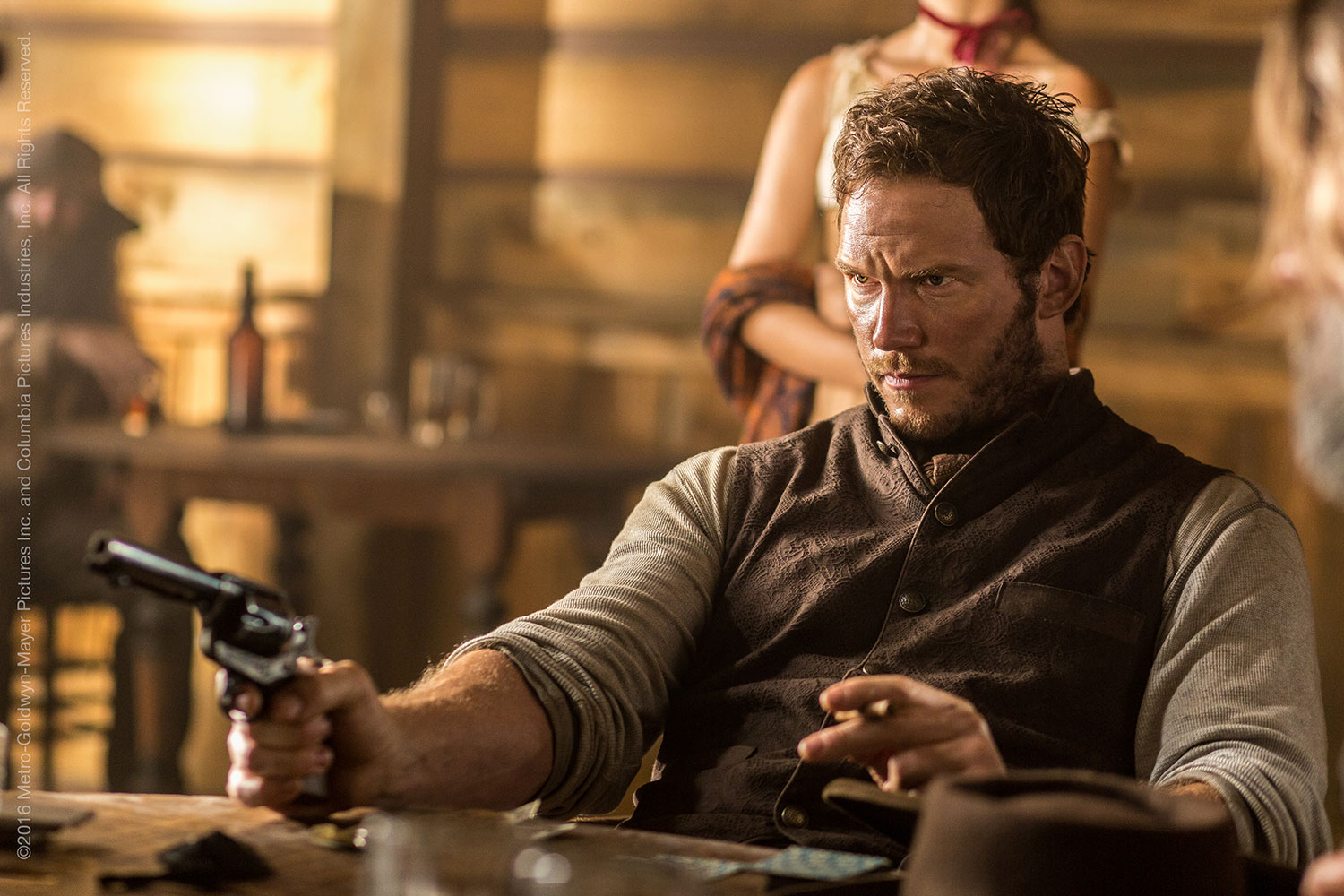 The most glaring example of “The Magnificent Seven” being a contemporized Western is in the casting of Denzel Washington in the lead role of bounty hunter Sam Chisolm. While there is a certain degree of moral complexity to the role, the part‘s main requirement is screen presence, which, as he’s shown time and again over his four-decades on the silver screen, Washington has in spades, allowing him to carry the film with ease. That being said, “The Magnificent Seven” is an ensemble piece, and while each actor attacks their roles with likeminded enthusiasm, Chris Pratt’s booze-swilling Farraday and Peter Sarsgaard’s maniacal industrialist definitely steal the show. Vincent D’Onofrio also adds some western waywardness to the hootin’ and hollerin’ mountain man Jack Horne, and Haley Bennett makes her presence known in the otherwise stock role of widow Emma Cullen.

Despite its attempts to be culturally relevant, in the end, “The Magnificent Seven” is an action western with more blasts than brains. Is the action of a quality that justifies a trip to the theater? Absolutely. Just don’t show up on your high horse.

Rated PG-13 for extended and intense sequences of Western violence, and for historical smoking, some language and suggestive material.