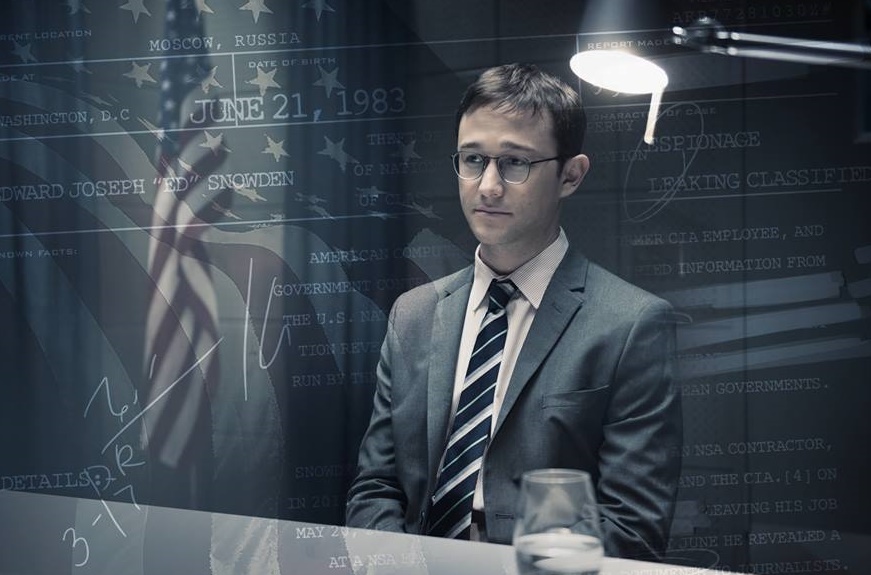 Never one to shy away from a cause célèbre, for his latest feature, director Oliver Stone takes on government surveillance through the lens of former NSA computer specialist Edward Snowden in “Snowden,” an effectively unsettling thriller starring Joseph Gordon-Levitt and a string of talented costars, Shailene Woodley, Zachary Quinto, and Melissa Leo among them.

Co-written by Stone and Kieran Fitzgerald (“The Homesman”), the controversy-courting filmmaker manages to bring together the film’s various elements  - romance, espionage, journalism, activism – into a thought-provoking and palpably tense tale that’s consistently entertaining without being overly didactic about its politics. Sure to keep audiences on edge despite their familiarity with the subject, “Snowden” marks a return to form for Stone, whose recent efforts have lacked the vitality and moral outrage that defined his earlier work. Between the acting, writing and fire-on-all-cylinders filmmaking, there are enough thrills on hand to dispel any naysayer’s claim of the film being merely election season propaganda.

Set between 2004 and 2013, the film charts Snowden’s evolution from a patriotic conservative eager to fight for his country to a disillusioned whistleblower whose exposure to unethical government surveillance programs compelled him to leak thousands of classified NSA documents. Using Snowden’s clandestine 2013 Hong Kong hotel meeting with filmmaker Laura Poitras (Melissa Leo) and journalists Glenn Greenwald (Zachary Quinto) and Ewen MacAskill (Tom Wilkinson) as a through line in the narrative, the story begins in Georgia circa 2004, where Snowden enlists as a Special Forces candidate only to be promptly discharged due to a training injury. 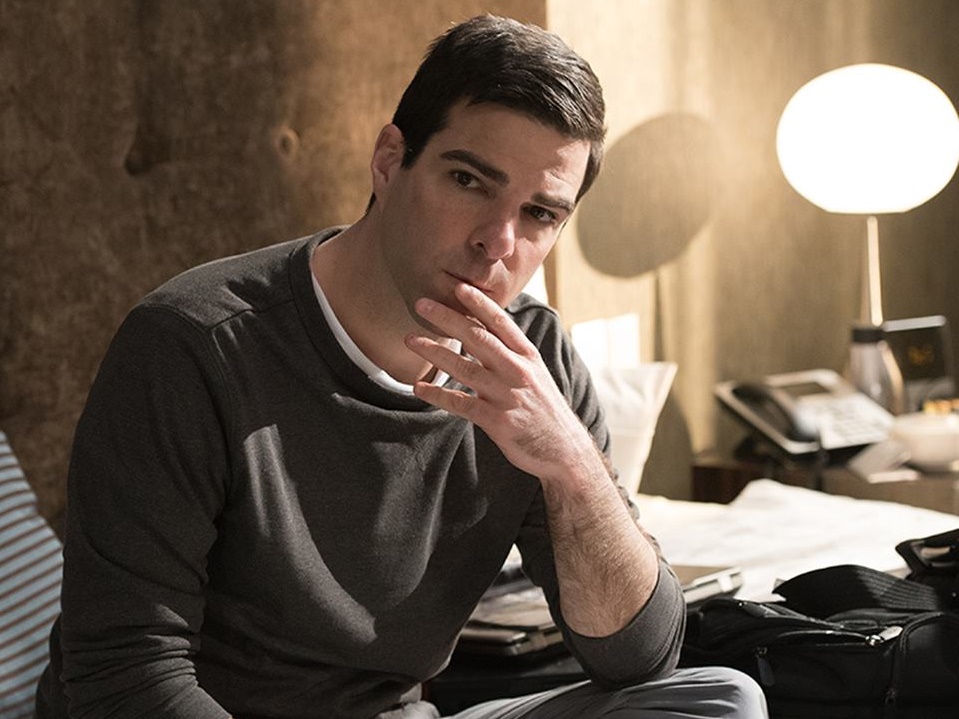 Unable to serve his country on the frontline, Snowden is approached by senior CIA instructor Corbin O’Brian (Rhys Ifans), who quickly sees the sidelined soldier’s potential, particularly with respect to covert computer ops. After a short term at CIA headquarters in Langley, Snowden is transferred to Geneva to oversee the CIA’s intricate security network. There, Snowden witnesses some of the agency’s more unethical methods of information collection, which, after considering the far-reaching implications of his discovery, eventually prompts him to resign.

As Snowden moves into the contracting world – first at an NSA facility in Japan helping the military defend their networks from hackers, and later working in cyber counterintelligence at the NSA’s information-sharing office in Hawaii – his exposure to, and complicity in, the government’s shady surveillance tactics grows, placing an enormous strain on his personal life and relationship with longtime girlfriend Lindsay Mills (Shailee Woodley).

On the surface, Snowden’s story – that of a computer wiz leaking classified documents – might seem like lifeless material for the big screen, what with the introverted protagonist and the exhaustive media coverage since first grabbing headlines in 2013. Fortunately for moviegoers, given the ongoing nature of Snowden’s legal predicament, the story is as topical as ever, and Oliver Stone expertly relates the character motivations and high stakes in a way that really drives home the full gravity of the material. Also, thanks to Stone and Fitzgerald’s non-linear, pseudo-documentary structured screenplay and deft dramatization of key events in the subject’s life, “Snowden” maintains a surprisingly high engagement level throughout. Helping Stone achieve this feat is Anthony Dod Mantle (“Slumdog Millionaire”), whose digital camerawork inventively underscores the Big Brother aspect of the storyline, Alex Marquez (“Savages”) and Lee Percy (“Boys Don’t Cry”), whose intentionally jagged editing nicely captures Snowden’s jumpy mindset, and Craig Armstrong’s (“Ray”) nerve-racking synth score holding it all together. 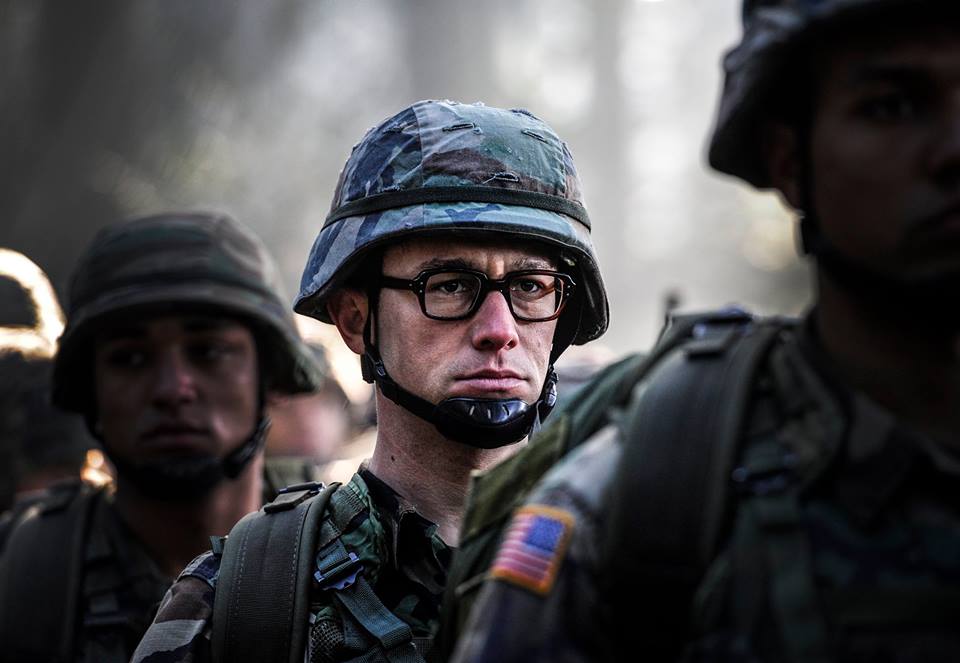 As far as appearances go, Joseph Gordon-Levitt may not be an exact match, but anyone who has seen Snowden in interviews or the Oscar-winning documentary “Citizenfour” can clearly see that the actor has his voice and mannerisms down pat. And while, as an NSA contractor sworn to secrecy, Snowden’s dilemma is a fairly internal one, Gordon-Levitt does an excellent job externalizing his character’s growing battle with his conscience – that is, when Stone’s frenetic filmmaking isn’t doing the heavy lifting. Surrounded by a top-tier international cast, Gordon-Levitt’s foray into the spy world is best supported by Shailene Woodley as his discontented liberal girlfriend, Rhys Ifans as his CIA guardian angel, and Zachary Quinto as Glenn Greenwald, The Guardian journalist to whom he entrusted the story. Nicolas Cage also makes a welcome return to a studio film as a CIA whistleblower relegated to a desk job after his indiscretions.

You may disagree with Snowden leaking classified intel or the politics that went into that decision, but you can’t deny quality filmmaking, and “Snowden” is a paranoid thrill ride from start to finish.

Rated R for some language and sexuality/nudity.

Food & Drinks
Will You Get Your Olive Garden Never Ending Pasta Pass?