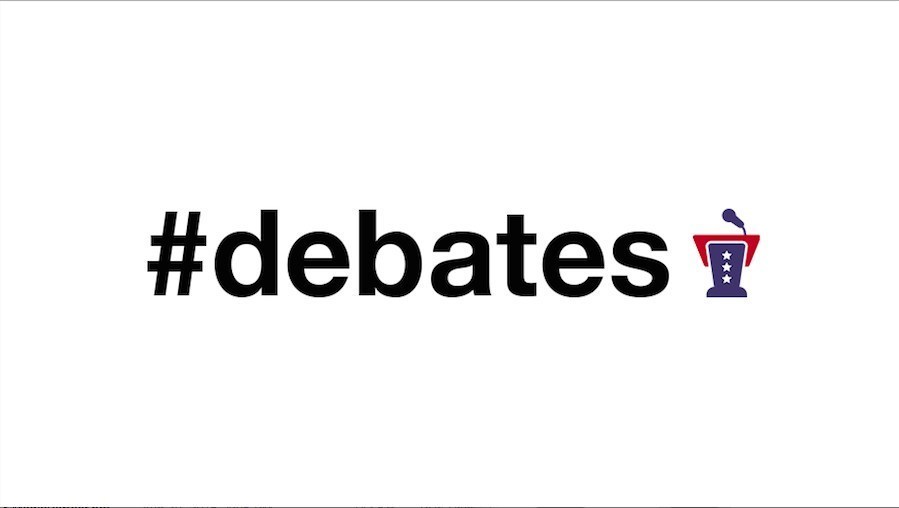 Twitter announced a joint initiative with the Commission on Presidential Debates (CPD) to encourage discussion and engagement around the upcoming presidential and vice presidential debates.

Users Tweeting with either official debate hashtag — #debates or #debates2016 — will see a unique new Twitter emoji icon appear in their Tweets.

"Twitter is the most direct way to engage with the candidates and issues of this election and to participate in the live, public conversation around its key events," said Adam Sharp, Twitter's Head of News, Government and Elections.

Additionally, Twitter will live stream all four presidential and vice presidential debates through an exclusive partnership with Bloomberg Media. The stream will be available globally at debates.twitter.com and in Twitter Moments.

FYI
Trump vs. Clinton: Where To Watch The Big Debate