Words With: Shiri Appleby Brings A Realness To 'Unreal' 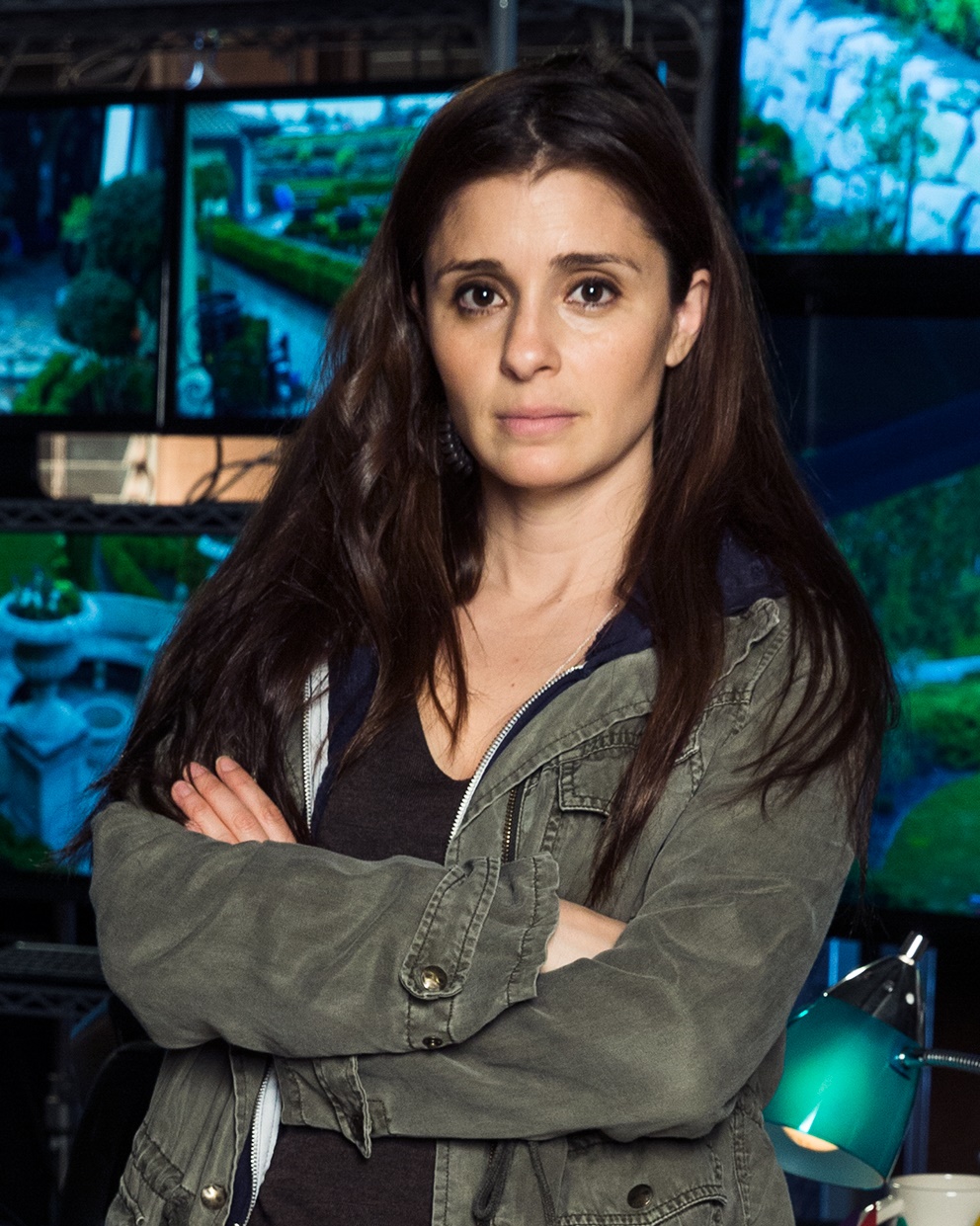 What is it about Reality TV that America finds so intriguing? Is it the backstabbing, the cheating, the monotonous conversations or all of the above? Perhaps it’s that millions of TV audiences love to watch a train wreck. Rich families, dramatic wives, spoiled children and competitive bachelors and bachelorettes; we’ve seen it all and most of us can’t look away from the inevitable disasters. But are those disasters and heartbreaks as real and unscripted as we think they are, or is someone tugging on the puppet strings?

Lifetime’s Emmy-nominated hit series; “Unreal,” imagines a world in which a “Bachelor”-like reality program and its cast mates are manipulated and tormented by ruthless drama-hungry producers and show runners. They feed off of the weaknesses and faults of each contestant in order to create chaos onscreen and gain record-breaking TV ratings. With a cast lead by the talented Constance Zimmer and Shiri Appleby, “Unreal” is just as thrilling and addicting as ‘real’ reality.

Shiri portrays Rachel, a distressed and deeply troubled woman who happens to be very good at producing the hit matchmaking show, “Everlasting.” She will do just about anything to produce an episode that will make the front-page of every gossip magazine. Every week, Shiri’s incredible performance is both vulnerable and moving.

Her acting career spans back to her youth, starring in notable projects from "Doogie Howser MD" to "Roswell," "Charlie Wilson's War" and CW's "Life Unexpected." Perhaps "Unreal" will be the series that takes Shiri down the path to an Emmy nomination one day. After all, she was nominated for Best Actress at the 2016 Critics' Choice Awards and her co-star, Constance Zimmer just landed an Emmy nod for her supporting role.

With season two wrapping up and a third season on the horizon, I had a chance to speak with Shiri about her journey on this rollercoaster of a series, her ventures in directing and life beyond the cameras.

They call “Unreal” a dramedy, but really, it’s DRAMA. When you started this show, did you ever think it would evolve into such heavy subject matter?

Never in my wildest imagination could I have predicted what would’ve happened with this show. There’s no way. When I chose the show, I had a phone call with Marti Noxon, the co-creator of the show. I was like, “What’s the show going to be every week? Are we going to be following what girl gets kicked off?” I really had no idea at all in understanding the show. I feel incredibly lucky with how it all worked out.

One of Marti’s co-creators, Sarah Gertrude Shapiro, was a producer on The Bachelor. Did she lend her experiences to you and Constance in preparation?

There is sort of this code of silence around it. Not that it’s been imposed by anybody, but the fact that Sarah really is a writer and worked very hard to create this fiction piece. She’s informed by some of her experience, but we just never discuss it, quite honestly.

They’re incredibly powerful in the sense that so many people are connecting to them. I think it’s really interesting, just in terms of a story, storytelling that people really connect to seeing versions of themselves on screen or seeing versions of people having it worse off than them. I was really fascinated by watching those dating shows when I was single, because I was really looking for an example of what it looks like to fall in love. So I can understand that people connect to wanting to watch the shows to get a glimpse into it.

In speaking to a lot of women who are fans of the show, a lot of them say the same thing: you’re their favorite character on TV right now. And the reason why is because she’s not the cookie-cutter female protagonist. She’s so vulnerable and she has all of these onion layers to peel. Why do you think women audiences are so drawn to her and her messy life?

I feel very lucky that women are connecting to her or anybody is connecting to her. It’s such a powerful thing to be a part of. But I think that it’s interesting to watch women make choices that are unconventional. She’s very emotional without talking too much, and I think feeling somebody else’s pain is sort of a comforting thing. And I think she’s also a character who is very much trying to do the right thing and doesn’t know how to do that exactly. 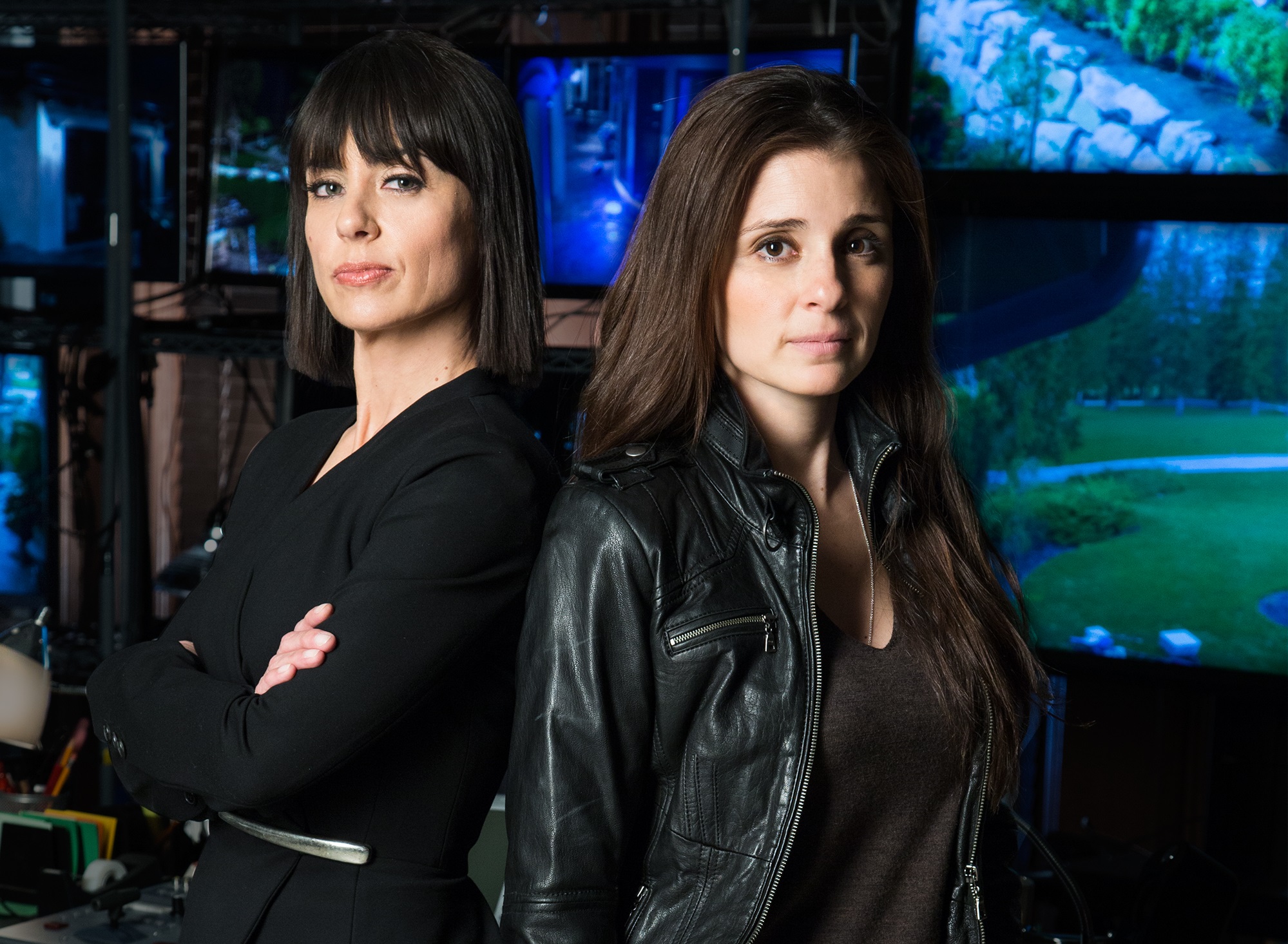 Obviously Rachel and Quinn are strong female leads and we see them struggle in a male-dominated world. Do you think the show really sheds light on what it can be like for a woman executive in the industry?

I think we haven’t really explored that as much as we can, to be honest with you. I think it’s a topic that would be exciting to even get into deeper. But I think it’s just pretty awesome that we’re even having some of the conversations about it. It’s a topic that’s really on people’s minds right now.

Every single episode must be emotionally draining. How do you step into that? Do you listen to music? Are you method?(laughs)

It’s pretty emotionally draining! I’m not method by any means (laughs). I work on the material a lot before we start shooting, and there is just something about her that I can just emotionally relate to. I mean, I feel a lot of empathy and sympathy for her. And thankfully, I’m able to just access my emotions quite honestly.

This season you directed an episode. I’d love to hear what it was like to step behind the camera, and be in Rachel’s world.

It was something that I had been working towards for a long time. But in terms of directing an episode of this show and being able to have more of a voice and telling Rachel’s story, what’s so fascinating to me about her is that she is a character that rarely speaks her mind. She doesn’t have a lot of confidants; she’s not an open book by any stretch of the imagination. So I was really focused on, “How do we visually tell the story so the audience can understand what it’s like to be in her head?” Because we don’t hear it. So we used the shutter effect. And visually I wanted to do as much as I could to make the audience really feel the trauma that she’s living with. 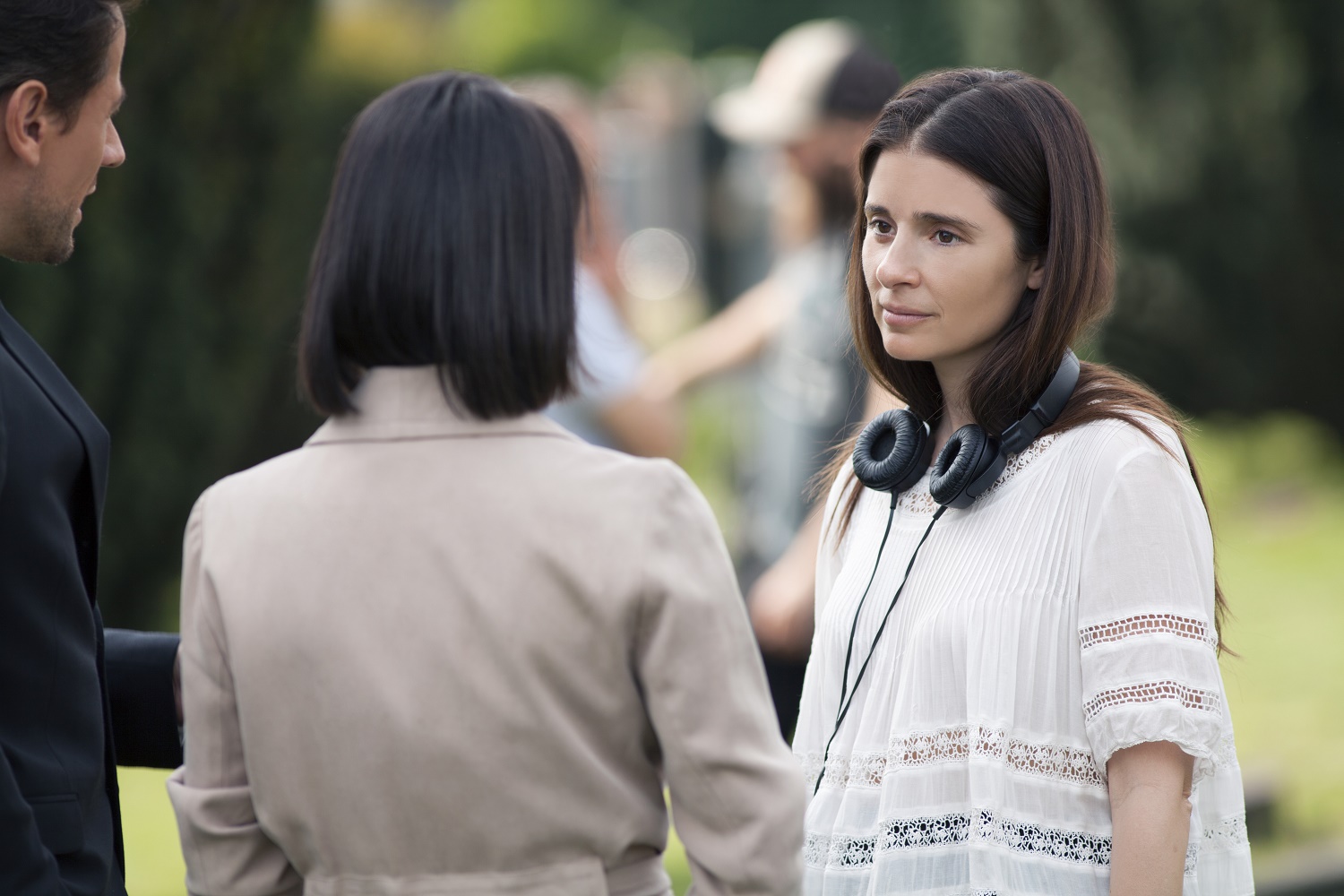 Do you have a desire to produce or continue to direct one day?

Yes, I have a desire to do both. I hope to continue to direct, hopefully two episodes next season. I’d love to direct other television shows and features. And producing is something that I’m working actively on doing.

According to Instagram, it seems that you guys have a lot of fun as a cast. It’s not what we see on camera.

We work really hard. We shoot the television show in Vancouver, and so everyone’s really away from home. And so for Constance and I, we really want to create this sort of sense of community amongst everybody because you’re away from home, and creating an environment where people feel incredibly safe and want to take risks.

Playing Rachel covers so many aspects of acting and levels. I’d love to know what kind of role or project that you haven’t tackled yet that you’d like to tackle.

I’ve been really thinking about that too. I would really like to make a feature film about a marriage, like an in-depth look at marriage. That’s a topic that’s really interesting to me. I’d love to play superhero.

We would love to see you as a superhero. What would your special power be?

I mean, I have no idea. That’s something I’m going to give some thought to. I just keep thinking I want to be a superhero. 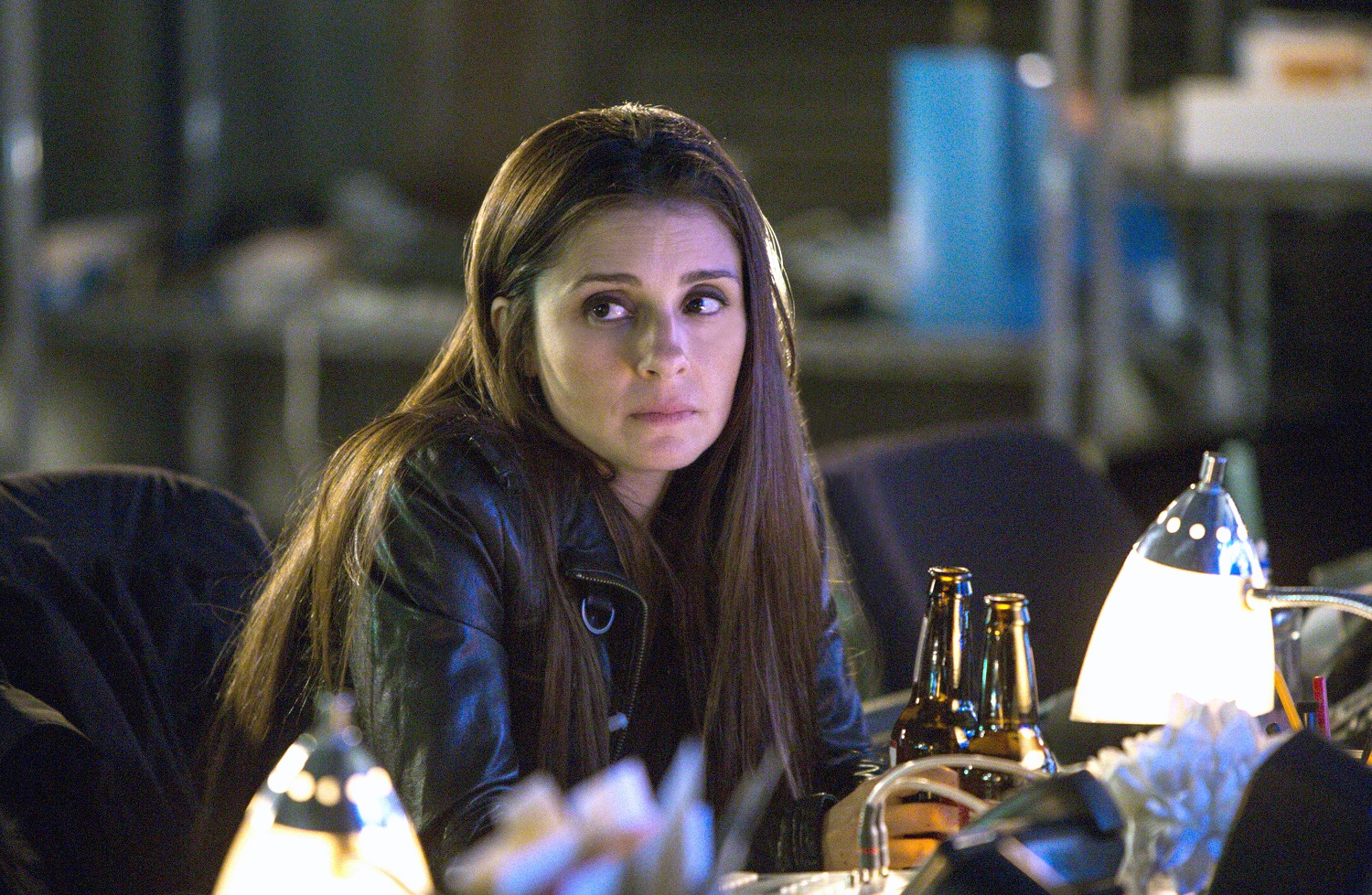 On a lighter note, you’re married to a Chef who co-owns some of LA’s best restaurants, like Animal. Is it safe to say you’re a foodie?

Yeah, for sure. Food is a huge part of our life and family.

Yes, I do a lot. Especially now that we have two kids. When we entertain, it’s really a collaborative experience at our house. We go to the farmer’s market every Sunday, and we really enjoy being together and cooking. Everyone gets a project depending on their skill level, even the kids.

In your free time, when you’re able to just be Shiri alone, what do you do?

That’s so funny, I just decided that I had to make some more free time for myself. And I joined a gym again!