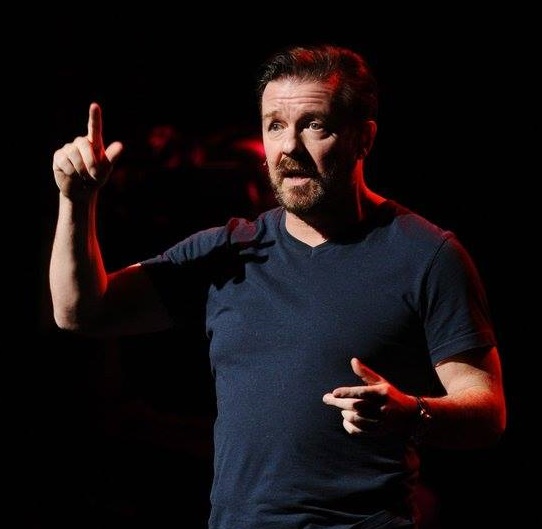 The annual gala celebration will take place on Friday, October 28, 2016 at the Beverly Hilton Hotel. As previously announced, the evening will be hosted for a second time by British actor and comedian Jack Whitehall.

The Charlie Chaplin Britannia Award for Excellence in Comedy bears the name of the consummate British comedic artist and one of the most universally recognized personalities in the history of entertainment. The Award recognizes talent whose popularity and cultural impact exemplifies the uniquely transcendent quality of excellent comedy.

“Ricky Gervais is a comic genius. He is provocative, edgy, and his observations on life have brought us some of the best comedy moments ever in television and film” said BAFTA Los Angeles CEO Chantal Rickards. “He crosses the pond with consummate ease, continues to push the comedic boundaries, and we’re looking forward to raising a glass to his incomparable talents at the Britannia Awards.”