In our homes and at the office, we value our privacy. Who wants people peering into your windows, interrupting your meeting or, even worse, seeing you change in your bedroom?!

For our Office Must-Have series, LATF explored the best options for window tints. It turns out, it's not as easy as picking out a film at the store and slapping it into your window. No, there is a science to it. We looked to Campbell Window Film, 3M's 2015 National Window Film Dealer of the Year and the go-to company for window film tinting here in Southern California.

Campbell's Dean Sorensen stopped by our offices to show us the various types of film from 3M. They walked us through the process of choosing the best film for our privacy needs. From residential to commercial buildings, Campbell tints for every type of window.

If you're thinking about tinting, Dean answered a few questions that can help our readers better understand the science of window films.

Can you tell us about the difference between each film type in terms of UV protection?

All 3M films will cutout 99% of the UV rays. The film is made up of many layers of film. The layer that faces the sun has the UV filter then the center layer filter the rest of the light spectrum and the last layer is a protective layer. 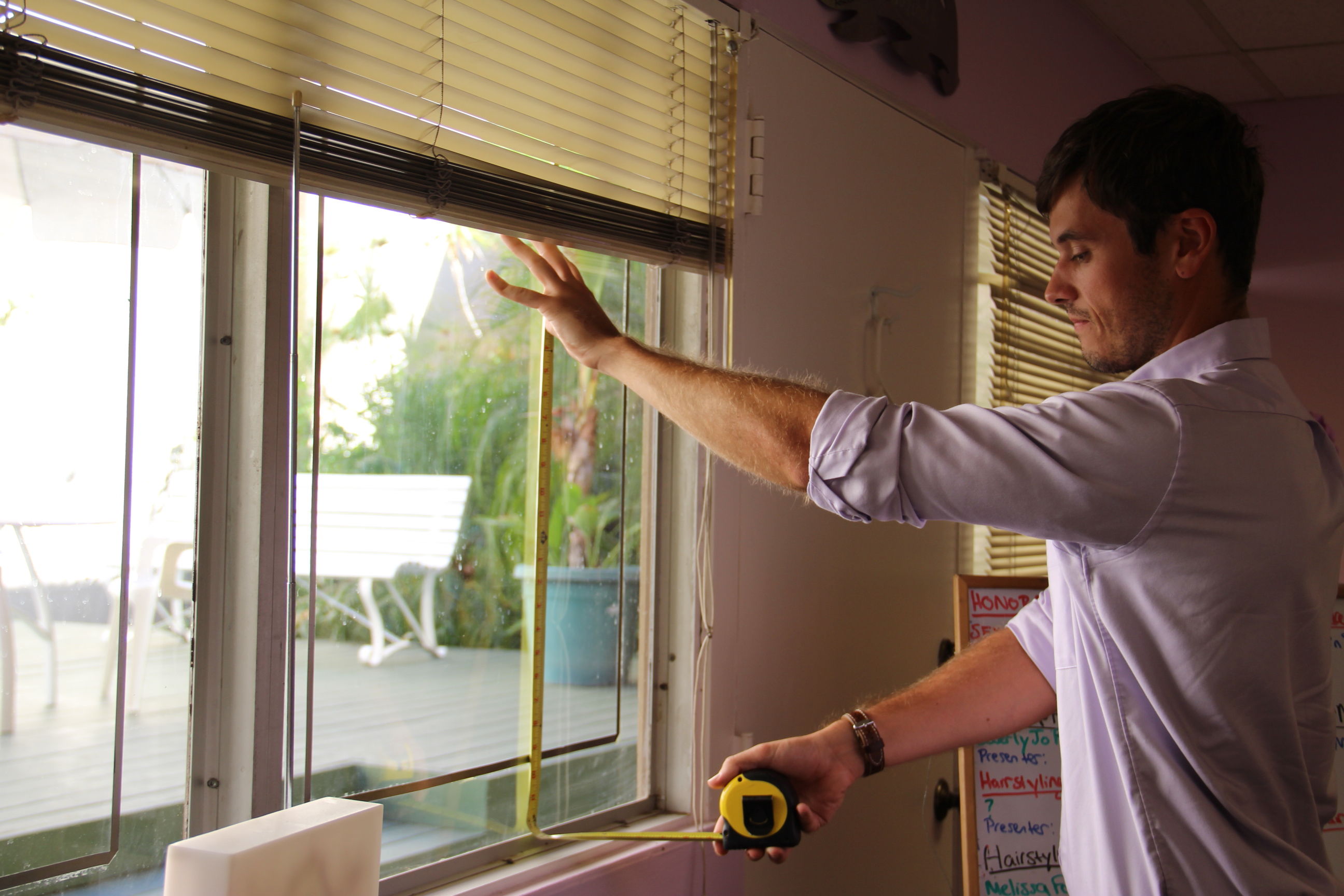 For those looking for more privacy, either in their home or office, what kind do you recommend?

To provide privacy using window film, a high exterior reflective film would be recommended. The film only provides privacy on whichever side is the darkest. The daytime privacy often reverses at night when the exterior of the home or office is darker. This can be noticed on office buildings that you can’t see into during the day but at night we can only see in when the interior lights are on. This is not a big deal for offices but can lead to some embarrassments at residences.

How long does the protective film last or can it lose its effectiveness over time?

There are a lot of different films out there. 3M provides different length of commercial warranties depending on which film is used, some up to 15 years. Most 3M films have lifetime warranties for residential use. The lifespan of the film will be mush longer than the warranties. 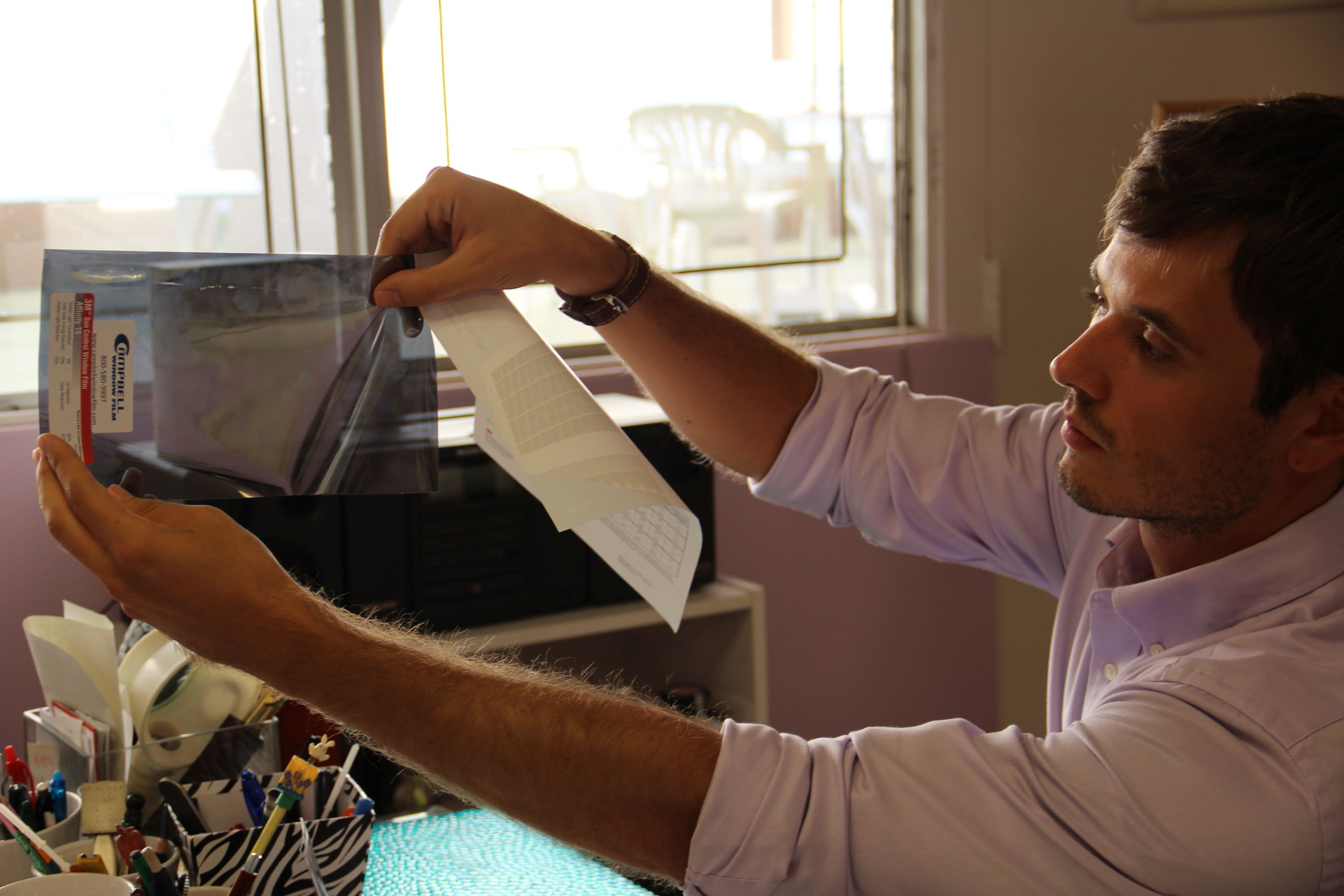 Do all of the films reduce the amount of heat and/or UV rays coming into your home or office?

All the films 99% block the UV rays. As for heat control, there are a lot of options to choose from. It becomes a balance between light control and heat.  Dark reflective film will block the most amout of heat and light. 3M has a great film that is almost clear that rejects about half of the sun energy from coming through the glass.

Can you tell us about how some of the stronger films protect against burglary and break-ins?

3M offers safety and security films the offer greater protection than just solar film. The safety and security film is more robust than just solar film. If the glass gets broken, say by an earthquake, it holds the glass shards together. No loose glass to step on when shaken from your bed. This same film, when attached to the frame proves to have more security.  3M’s Ultra series is unique in its construction. It utilizes a cross laminate construction. The layers of film are made by alternating the the grains of the film. Similar to plywood, it’s as strong as or stronger than other thicker films. The thinness to the film keeps the view through the glass clear and is less distorted than the thick films.

We know the pros – are there any cons to having protective film?

The cons are selecting a low grade or off brand film from a disreputable installation company. Cheap film can have dyes in them and will fade over time. This fading makes the glass a purple color.

Film
Movie Review: The Force Is With 'Rogue One: A Star Wars Story'