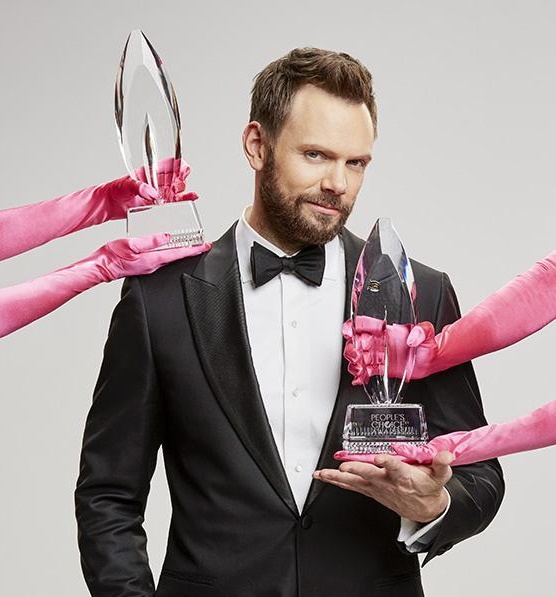 “The people have spoken, and they want Jimmy Kimmel to host the 2017 Oscars! And the people have also spoken, and said that it would be okay if I hosted the 2017 People's Choice Awards. Well, one person said that. Luckily, that person was Les Moonves, so no one questioned it,” said Joel McHale.

“Joel is a brilliant comedic talent, and the perfect host for this show,” said Executive Producer Mark Burnett.

Currently, comedian and actor Joel McHale stars in the television comedy THE GREAT INDOORS, on the Network. Previously, he starred in the comedy series “Community,” which aired for six seasons, and was the popular host of the series “The Soup,” which satirized pop culture and current events for 12 seasons. In addition, he appeared in the revival of the cult sci-fi television series, “The X-Files.”

McHale’s feature film credits include “A Merry Friggin’ Christmas,” opposite Robin Williams, the supernatural thriller “Deliver Us from Evil,” the romantic comedy “Blended,” alongside Adam Sandler and Drew Barrymore, “Ted,” “What’s Your Number?,” “The Big Year,” “Spy Kids: All the Time in the World in 4D” and “The Informant.”

A successful stand-up comedian, McHale continues to perform his act around the country to sold-out audiences as well as lend his comedic voice to a number of events. In 2014 he hosted the annual White House Correspondents’ Association Dinner in Washington, D.C., and he hosted the 2015 ESPY Awards.

In October, Joel McHale published his part memoir, part how-to guide, Thanks for the Money: How to Use My Life Story to Become the Best Joel McHale You Can Be.

The nominees for PEOPLE'S CHOICE AWARDS 2017 were revealed last month. Voting has closed for most categories, but remains open for “Favorite New TV Comedy” and “Favorite New TV Drama” until show night at www.PeoplesChoice.com.