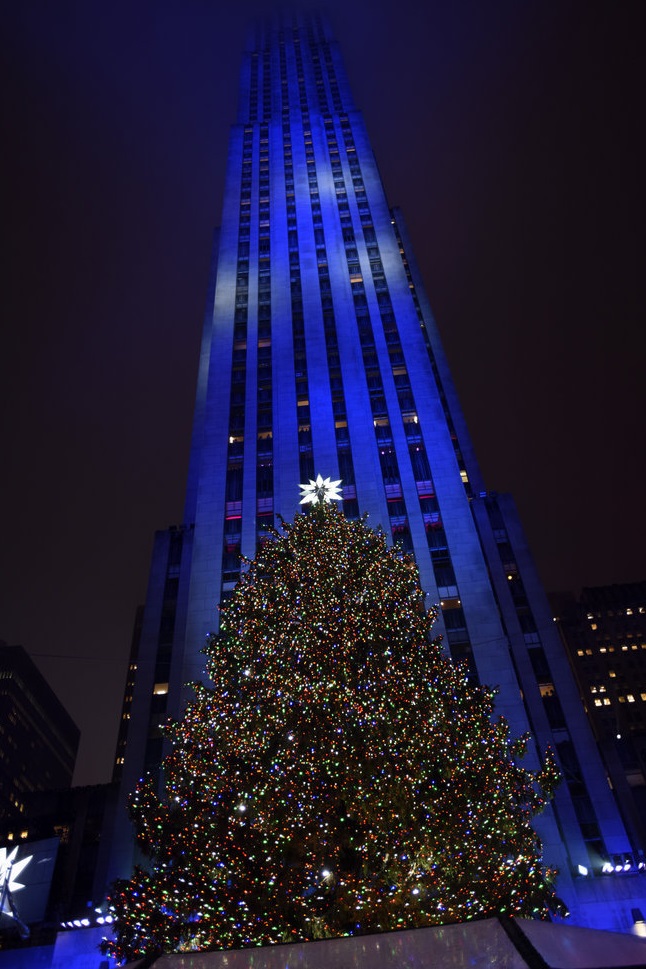 It's almost that time of year...

NBC will celebrate the lighting of the world’s most famous Christmas tree with “Christmas in Rockefeller Center” on Wednesday, Nov. 30 (8-9 p.m. ET).

Prior to the primetime telecast, an additional live hour of the special will be broadcast on select NBC stations (7-8 p.m. ET). Check local listings.

The 84th annual tree lighting will feature a 94-foot tall, 56-foot wide Norway spruce from Oneonta, N.Y. It is approximately 90 years old, weighs approximately 14 tons, and will be decorated with more than 50,000 multi-colored LED lights.

For the eighth consecutive year, “Green Is Universal” — NBCUniversal’s sustainability initiative in partnership with the Arbor Day Foundation — will kick off its annual tree-planting campaign during the “Christmas in Rockefeller Center” broadcast. This year viewers can “Share a Tree” to a national forest, by using #ShareATree or visiting www.greenisuniversal.com to create and share an animated holiday story. Each action will contribute to the Arbor Day Foundation’s tree-planting efforts, funded by a $25,000 donation from NBCUniversal.