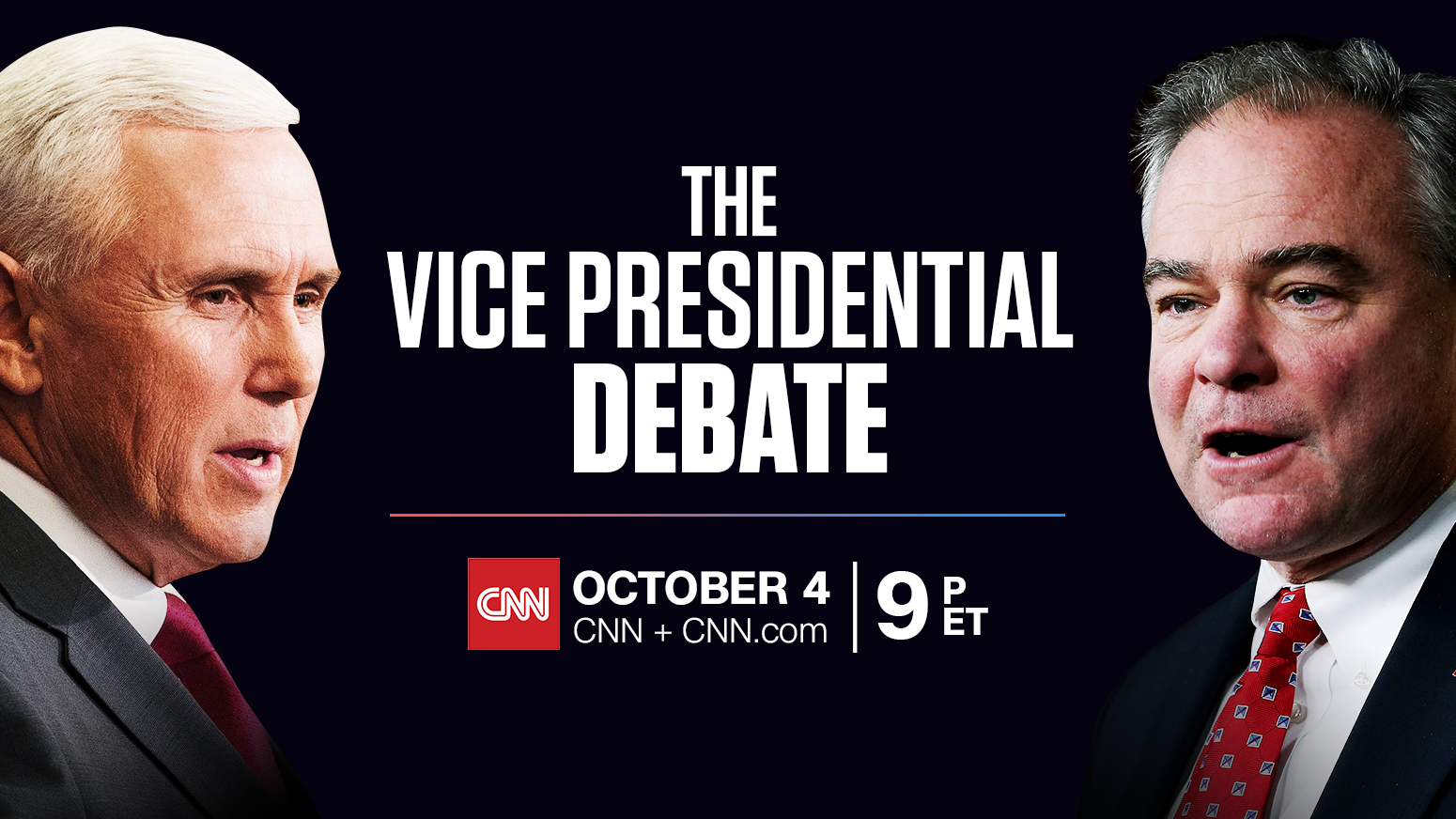 If you want to watch the VP debate...

CNN will live stream the vice presidential debate on CNN.com’s homepage, across mobile devices and via apps on iOS and Android, starting at 8:00pm ET.

The live stream will add to CNN Politics' live coverage and analysis including updates from CNN’s Reality Check team.

FYI
Trump vs. Clinton: Where To Watch The Big Debate

FYI
In Case You Missed It: Watch The Vice Presidential Debate