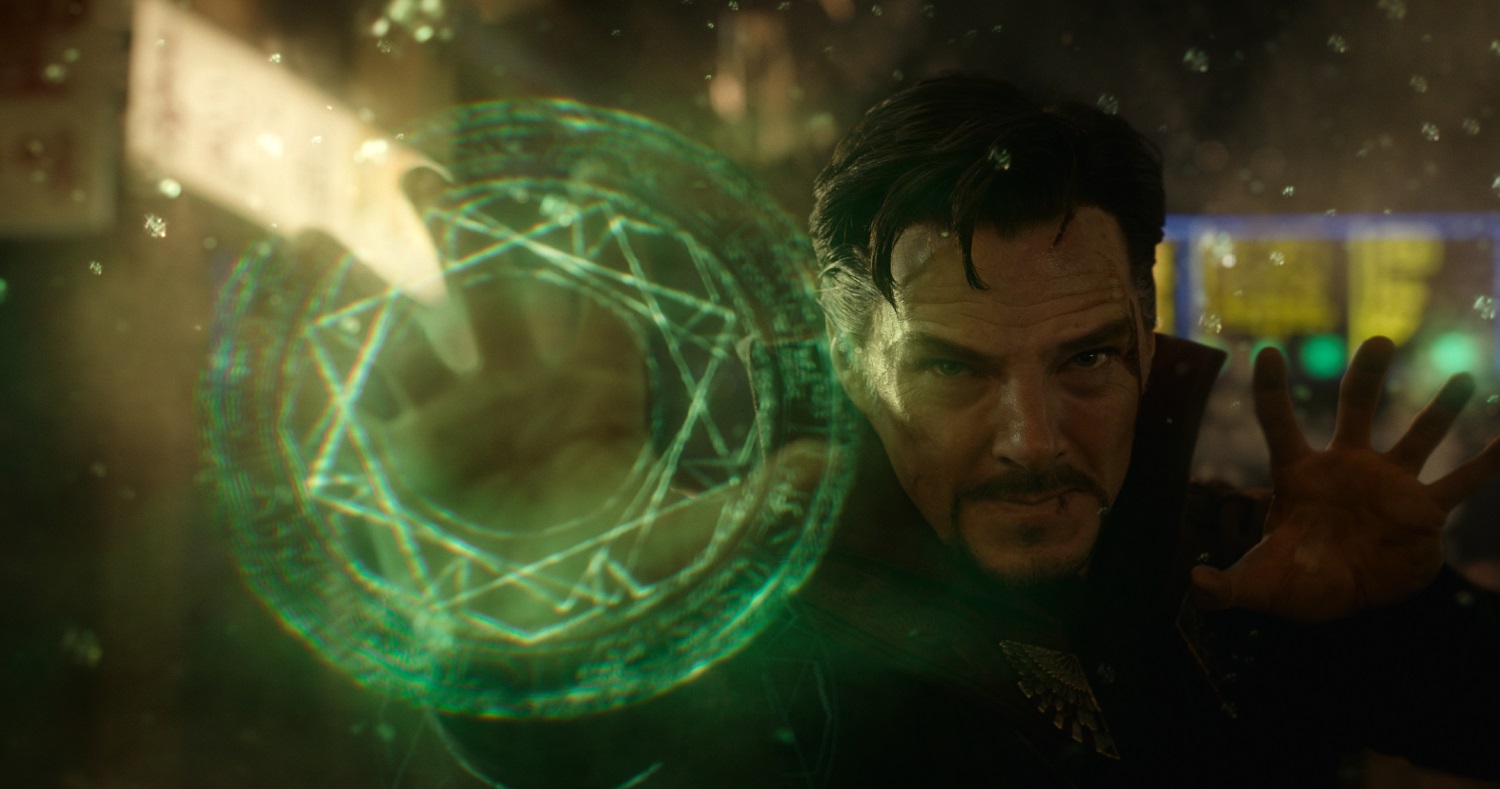 Writer/Director Scott Derrickson (“Sinister,” “Exorcism of Emily Rose”), who is best known for his talents in horror filmmaking, lends his keen eye for the supernatural and paranormal to the mystical and magical world of Marvel’s “Doctor Strange.” With an incredible cast led by Benedict Cumberbatch and a script overflowing with witty humor, heart and trippy, “Inception-like” effects, Derrickson delivers one of the most entertaining tales within the superhero universe to date.

While most of the Marvel franchises rely on countless action scenes with thunderous explosions and fight sequences one after the other, “Doctor Strange” is a new approach to the superhero format. Steve Ditko’s 1963 comic book introduced readers to a unique kind of action with the mystical arts. As Derrickson described it, “The comics were bold, trippy, hallucinogenic and fantastical.” But while the imagery and special effects are distinctly different from “Captain America,” “Spiderman,” etc., the backstory always begins with a man who transforms from human to superhuman.

It turns out that Iron Man isn’t the only egocentric superhero on the block. Dr. Stephen Strange (Cumberbatch) is an exceptional world-renowned neurosurgeon whose head is bigger than his wallet. But a horrific car crash changes his life forever when he loses the use of his hands. After he exhausts every medical treatment and surgical option, Strange turns to alternative medicine and travels to a mysterious enclave known as Kamar-Taj. It isn’t long before he discovers there is more to this ‘center for healing,’ than meets the eye. It is the front line of a battle against unseen dark forces, which threatens to destroy Earth. Trained and taken under the wing of The Ancient One (Tilda Swinton), Strange acquires impressive magical powers.  Before long, he is forced to choose whether to return to his life or leave it all behind to defend the world from the evil and delusional, Kaecilius (Mads Mikkelsen). 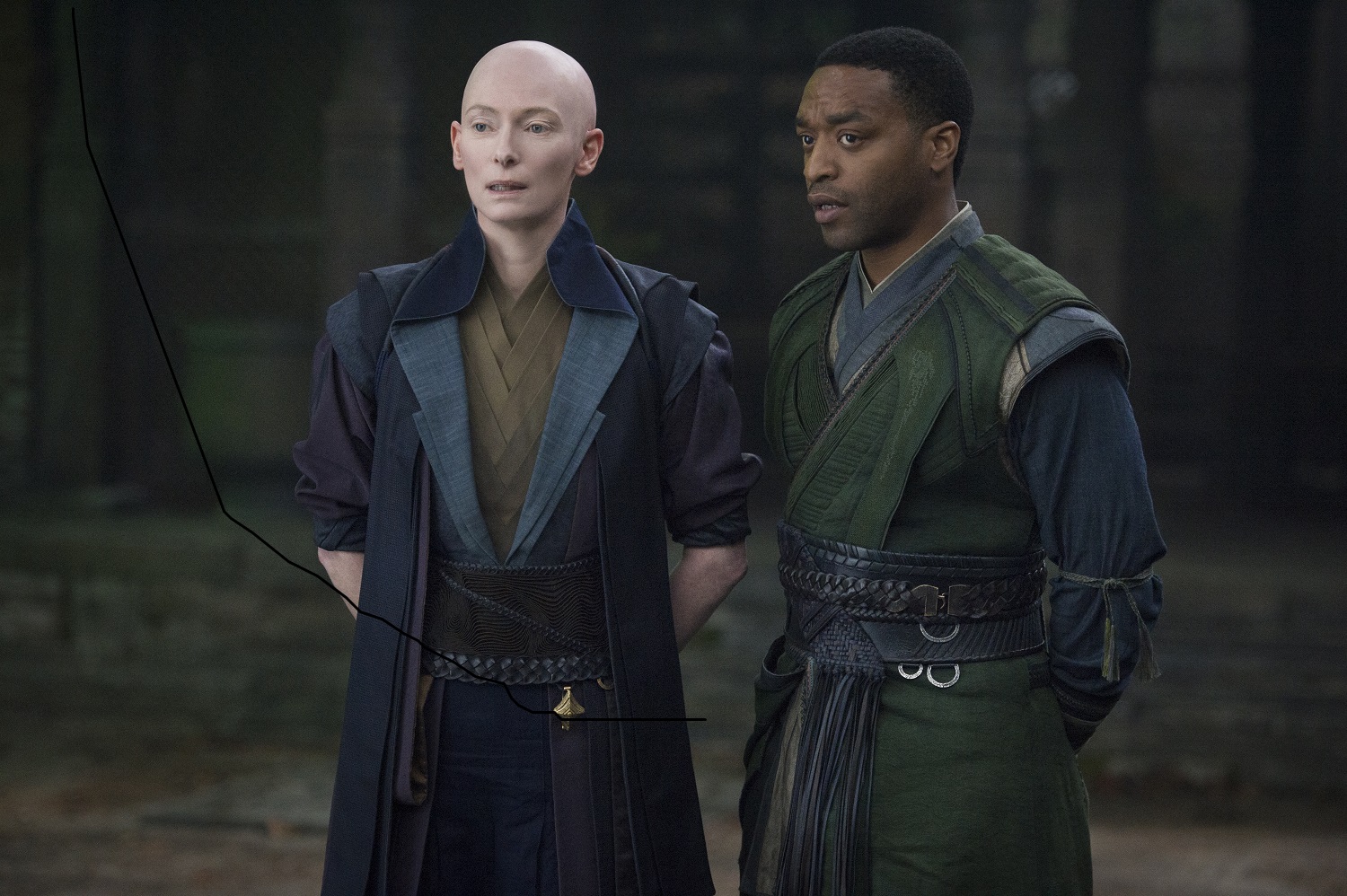 From Sherlock Holmes to “The Imitation Game,” which earned Cumberbatch an Oscar nomination, known as a serious actor, he was possibly not the best choice to portray the next Marvel superhero star. Turns out, the casting was on point. Cumberbatch is spectacular as Strange. He fully embodies the character with aspects of brilliant comedy and drama. The star’s performance is complimented by the work of co-stars Chiwetel Ejiofor (Mordo) and Benedict Wong (Wong), who portray Doctor Strange’s mystical sidekicks. There is clear chemistry between Cumberbatch, Ejiofor and Wong, which radiates throughout the film. Thanks to the script, written by Derrickson, Jon Spaihts (“Prometheus”) and C. Robert Cargill (“Sinister”), there is no shortage of clever wit and well-delivered jokes.

Of course, it wouldn’t be a Marvel movie without a love interest. Rachel McAdams is splendid as Dr. Christine Palmer, a.k.a. ‘the one who got away.’ Tilda Swinton takes on the character of The Ancient One, who guides Strange through his dangerous and magical journey. The always intense actress brings compassion and fierceness to the role.

Many components make “Doctor Strange” a highly entertaining film, including the visuals and special effects, which by the way, conspicuously compares to Christopher Nolan’s “Inception.” The movie transports the audience around the world through time-warp dimensions, from London to New York, Hong Kong and Nepal. The sfx makeup and Alexandra Byrne’s detailed costume design also add to the creation of this marvelous Marvel world.

In a film market saturated with superhero tales, “Doctor Strange” is a pleasantly hilarious and refreshing new twist on an older superhero character.

Rated PG-13 for sci-fi violence and action throughout, and an intense crash sequence

Television
'Marvel's Iron Fist' Will Air On Netflix This March