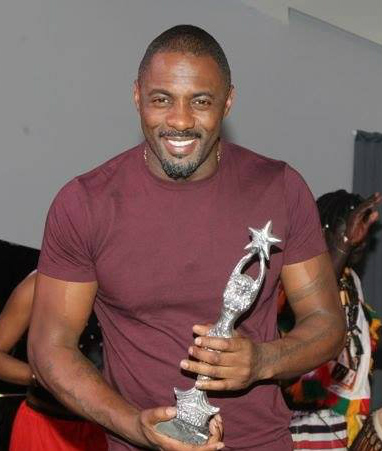 Quentin Tarantino’s “The Hateful Eight” has dominated the 20th edition of Capri, Hollywood - The International Film Festival, which closes Jan 2nd: Apart from acknowledging the film as ‘Best Movie,’ the festival assigned awards to Samuel L. Jackson and Jennifer Jason Leigh – and to the music score composed by Ennio Morricone.

Samuel L. Jackson  and Jennifer Jason  Leigh are – respectively – the festival’s Best Leading Actor and Best Supporting Actress, for their roles in “The Hateful Eight”, (due out in Italian theatres on February 4 through 01 Distribution), a film produced by Bob & Harvey Weinstein, and distributed in Italy by Leone Group’s Andrea and Raffaella Leone, who were awarded as Capri’s 'Producers of the Year'.

Here is a detailed list of the assigned awards:  Cary Fukunaga is the Best Director for acclaimed “Beasts of No Nation.” He also deserved the Best Cinematography Award whereas performer Idris Elba won as Best Supporting Actor. The film about African children soldiers was produced and distributed by the Netflix platform.

Todd Haynes’ “Carol” was awarded as Best Adapted Screenplay, written by Phyllis Nagy, and for the Best Production Design by Judy Becker.  Kenneth Branagh’s “Cinderella” received an award for its costumes created by three-time Oscar-winning designer Sandy Powell, who was also assigned the Legend Award and who in Capri exhibited the attires that she created for “Carol.” Pietro Scalia is the festival’s Best Editor for “The Martian.” Apart from acknowledging Ennio Morricone’s music score for “The Hateful Eight”, also “See You Again” - the song by Wiz Khalifa ft Charlie Puth, from “Fast and Furious 7” – won as Best Original Song.

The Best Animation Movie is “Inside Out”; The Best Documentary is Paolo Ruffini’s “Resilienza”, the Best Foreign Movie is “Labyrinth of Lies”  by  Giulio Ricciarelli, a filmmaker of Italian origin and German adoption, running for the Oscar and included in the Academy’s Short List. Enrico Iannaccone was elected by the festival as “Director of the Future” for “La Buona Uscita.”

The prestigious 'Legend award' went to Irish film director Jim Sheridan. Belgian performer Matthias Schoenaerts was awarded as “Revelation of the Year” for Hooper’s “The Danish Girl”. Oscar-winning screenwriter Bobby Moresco (“Crash”) – who in Capri announced his commitment to the Ambi Film-produced movie about Lamborghini – is the 2016 Italian-American Icon.

Capri, Hollywood - The International Film Festival –which over the course of a week, presented 80 films including premieres and special screenings, symposiums and music performances – is an event founded and produced by Pascal Vicedomini. The festival is supported by the Ministry of Cultural Heritage and Activities (D.G Cinema), the Campania Region (Department of Tourism and Cultural Heritage), Italian Trade Agency, as well as by the Towns of Capri and Anacapri, with the participation of Rainbow, Ambi Group, Mediaset and Rai.