Movie Review: "San Andreas" Shakes You To The Core 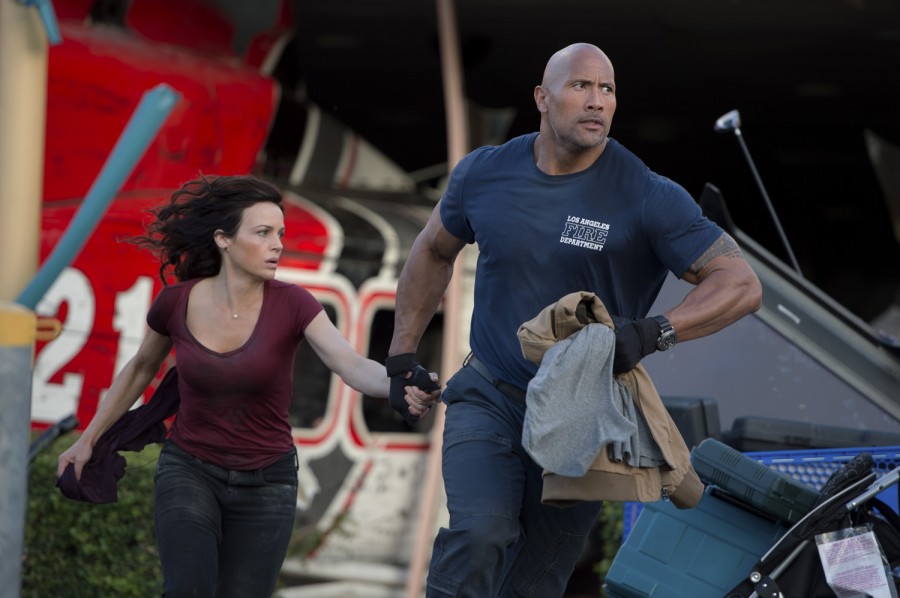 “Right in the middle of the action” could be the perfect tagline for director Brad Peyton’s (“Journey 2: The Mysterious Island”) disaster film, “San Andreas.” American movie audiences have seen our fair share of mass destruction on the big screen, from “Earthquake” in 1974, to “Volcano,” “The Day After Tomorrow” and “2012.” While the special effects/VFX normally takes precedence over a good storyline and performances, “San Andreas” has successfully delivered on both. Dwayne Johnson takes the reigns, leading this horrifying, yet gripping earthquake escapade.

It’s no secret that Los Angeles is overdue for the big earthquake. With anticipation and natural disasters occurring on a weekly basis around the world — from Nepal’s 7.8 magnitude quake to the 2004 tsunami in Southeast Asia — a story like “San Andreas” hits home for everyone. Screenwriter, Carlton Cuse (“Lost”) takes us into the daredevil life of Ray (Johnson), a search and rescue helicopter pilot in LA. Audiences are immediately thrust into the action when Ray and his rescue team save a young girl after her car is thrust off the road and into a broken canyon in San Fernando Valley. Meanwhile, Caltech professor Lawrence (Paul Giamatti) and his seismologist colleague Dr. Park (Will Yun Lee), validate their quake prediction system while tracking a series of small earthquakes in Nevada. Once the Hoover Dam is wiped out, an immediate domino effect of quakes shake and tear up the fault line, from Los Angeles all the way up to San Francisco. 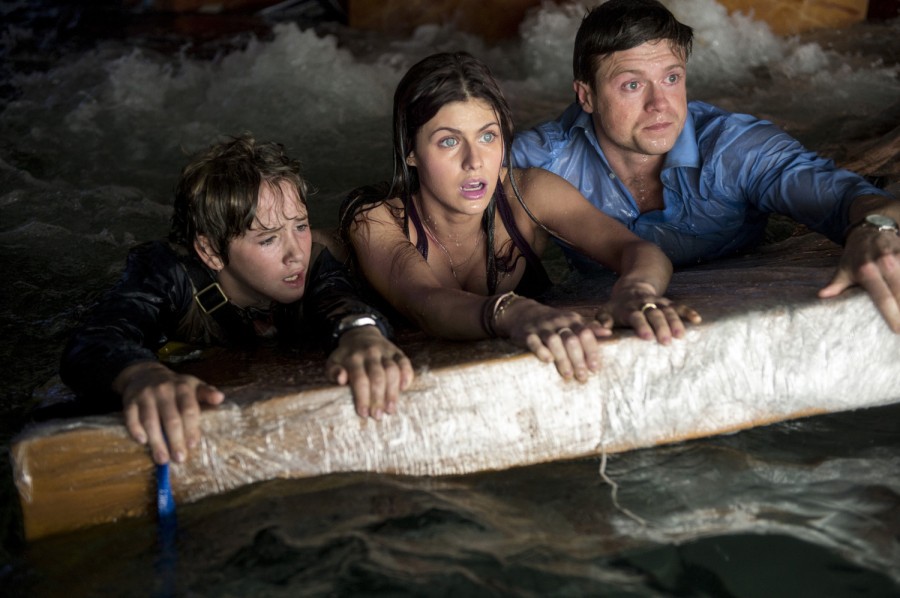 Just as the dam breaks, so does Ray’s heart, when he finds out his ex-wife Emma (Carla Gugino) and daughter Blake (Alexandra Daddario) are moving in with Emma’s rich boyfriend (Ioan Gruffudd). As if it couldn’t get any worse for Ray, his father-daughter trip to Blake’s college is cancelled after he’s called to work in Nevada. Soon after Blake arrives in San Francisco and Ray helicopters to work, the tectonic plates begin to shift. Ray turns his helicopter around to save Emma and search for their daughter.

The “San Andreas” behind-the-scenes team created remarkable shots of destruction. Watching the skyline of Los Angeles and the San Francisco’s Golden Gate Bridge crumble before your eyes is absolutely jaw-dropping.

VFX producer Randall Starr (“Into the Storm”) and VFX Supervisor Colin Strause (“The Avengers”) simulated the destruction down to the finest detail, with petrifying images of people falling out of skyscrapers and cargo ships tipping over a Tsunami wave. 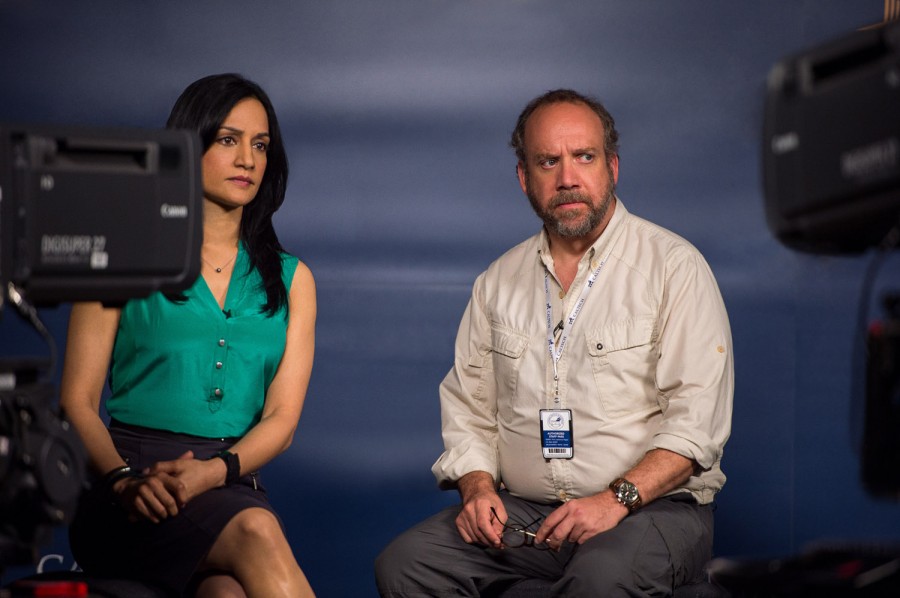 The film was shot on location in The Gold Coast, Brisbane, Queensland, Australia, and in Los Angeles and San Francisco. With the work of director of photography Steve Yedlin (“Looper”) and production designer Barry Chusid, you feel as if you are everywhere the characters are. Up in the sky, looking over a demolished Bakersfield, CA or ducking your head and holding on for dear life as pieces of building concrete come crashing down. Needless to say, this movie is a must-see in 3D.

The story is just as captivating as the action. Johnson takes a nice dramatic ride, portraying a pained father whose family fell apart after losing one of his children. There are some truly touching scenes between the film’s hero and his co-star Gugino. Who knew it would take just another action movie for “The Rock” to prove himself to have range and depth beneath all of that muscle. Newcomers stand out in the cast with Daddario as the sweet and smart daughter. Her character befriends two brothers Ben (Hugo Johnstone-Burt) and Ollie (Art Parkinson), who bring their British gentlemanly charm to the screen. The performances carry the film just as much as the earthquake effects.

“San Andreas” is the perfect thrill-ride as we head into the summer blockbuster season. So grab your 3D glasses and hold on tight!

Rated PG-13 for intense disaster action and mayhem throughout, and brief strong language.

Lifestyle
Prepare For "Take Your Dog To Work" Week