MOTOWN THE MUSICAL Is Coming To the Pantages 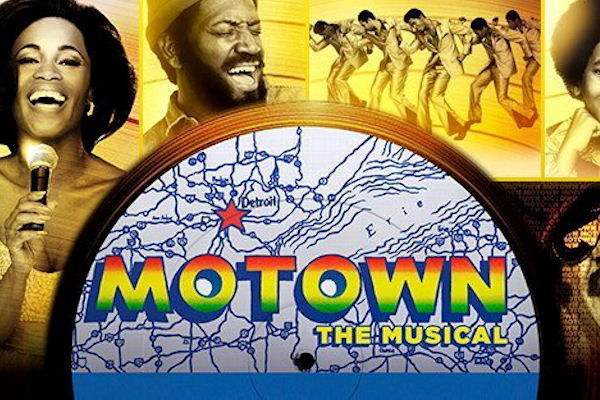 Producers Kevin McCollum, Doug Morris, Berry Gordy and the Nederlander Organization are pleased to announce full casting for the eagerly anticipated L.A. engagement of MOTOWN THE MUSICAL. Performances will begin at the Hollywood Pantages Theatre on Tuesday, April 28, 2015 for a limited six-week engagement through Sunday, June 7, 2015. Tickets are now on sale and are available for purchase at www.HollywoodPantages.com or www.Ticketmaster.com, by phone at 800-982-2787, and at the Hollywood Pantages Box Office (6233 Hollywood Boulevard). The box office opens daily at 10am except for Holidays.

MOTOWN THE MUSICAL concluded its Broadway run as both a critical and audience favorite and a commercial hit, having recouped its $18 million investment at the end of 2014. Most recently, the First National Tour recouped its $8.5 million dollar capitalization cost in less than ten months on the road. MOTOWN THE MUSICAL is planning a UK production for Spring 2016 and a Broadway return for Summer 2016.

Directed by Charles Randolph-Wright, MOTOWN THE MUSICAL is the true American dream story of Motown founder Berry Gordy’s journey from featherweight boxer to the heavyweight music mogul who launched the careers of Diana Ross, Michael Jackson, Stevie Wonder, Smokey Robinson, Marvin Gaye and so many more.

Featuring more than 40 classic hits such as “My Girl” and “Ain’t No Mountain High Enough,” MOTOWN THE MUSICAL tells the story behind the hits as Diana, Smokey, Berry and the whole Motown family fight against the odds to create the soundtrack of change in America. Motown shattered barriers, shaped our lives and made us all move to the same beat.

MOTOWN THE MUSICAL is recommended for ages 10 and up. (Children under 5 will not be admitted to the theatre. All patrons must have a ticket, regardless of age.)

Individual tickets for MOTOWN THE MUSICAL start at $25.  Prices are subject to change without notice.

For more information on MOTOWN THE MUSICAL, visit www.MotownTheMusical.com.