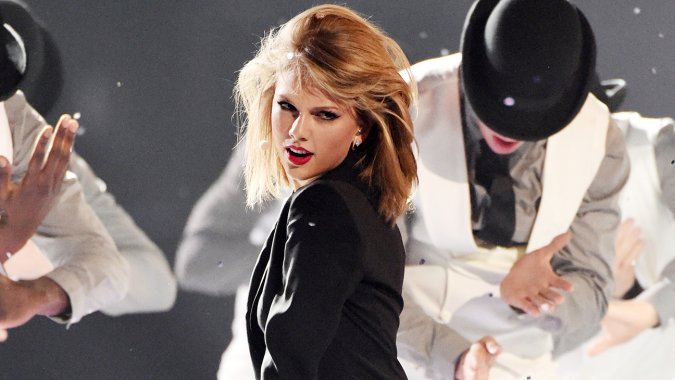 The Brit Awards, the annual flagship U.K. music awards show, brought out stars and industry folks alike in the British capital Wednesday night. The British version of the Grammys started at 8 p.m. local time (noon PST) at London’s O2 Arena. Madonna, Taylor Swift, Sam Smith, Ed Sheeran, Paloma Faith, George Ezra, Royal Blood and Take That were among the performers. Madonna’s first performance at the show in 20 years was marred by a nasty fall, as the singer was accidently pulled off the stage by a back-up dancer. The U.K. music awards ceremony aired live on ITV in Britain, and was also available to a global audience via a live stream on YouTube. In the U.S., Fuse is airing the awards show at 11:30 p.m. The Brit Awards are determined by a 1,000-strong academy of music industry folks and fan votes. Already announced before the event was the Critics’ Choice winner, James Bay. On the awards side, Sheeran and Smith took home two awards each. Smith won for album of the year, for “X,” and best British male solo artist, while Smith nabbed British breakthrough act and global success award. Other winners included Swift, Pharrell Williams, Foo Fighters, One Direction, and Mark Ronson. After comedian James Corden, who is taking over the “Late Late Show,” last year hosted the event for the fifth year in a row, British TV personalities Ant and Dec took on the hosting duties this year.

British Artist Video of the Year:
One Direction – “You & I”