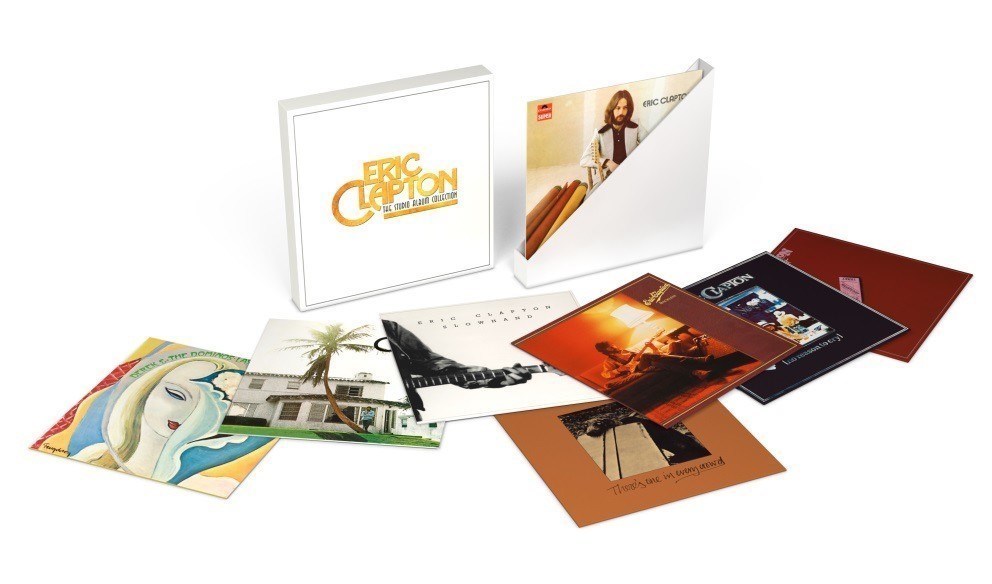 January 2016 sees the release of this impressive eight-piece, vinyl only box set, which brings together all of Eric Clapton's solo studio albums from his time with the Polydor/RSO label, spanning the period 1971 – 1980. Each album has been faithfully replicated and pressed on 180g vinyl and two of them, Eric Clapton – Eric Clapton and Derek and The Dominos – Layla And Other Assorted Love Songs, have been re-mastered for this release.

Eric Clapton, who recently celebrated his 70th year, needs little by way of an introduction, as a renowned solo artist in his own right as well as a member of the Yardbirds, Cream and Derek and the Dominos. He is the only three time inductee to the Rock and Roll Hall Of Fame and is one of the most important and influential guitarists of all time. He has been the recipient of 17 Grammy Awards, 1 Brit Award and 1 Bafta.

The second bundle offering includes two “Les Paul In His Own Words” coffee table books. Both bundles are being offered at $100.00 each and are available at www.les-paul.com under “store.” The bundles will only be offered through Holidays 2015 or until January 3, 2016. The coffee table book regularly sells for $90.00 each and the special holiday bundle of two books gives consumers considerable savings.
A special release of “Christmas Cheer” by Les Paul and Mary Ford 10” vinyl in red or green vinyl is now available at local record stores throughout the U.S. The vinyl which was initially offered on Black Friday or “Record Store Day” includes such classic holiday songs by Les Paul & Mary Ford including “Jingle Bells,” “White Christmas,” “Santa Claus is Comin’ to Town,” “Silent Night,” “Rudolph the Red-Nosed Reindeer,” and others. After the Black Friday sale campaign which ends on December 27, 2015 the limited edition vinyl will be for sale exclusively on www.les-paul.com