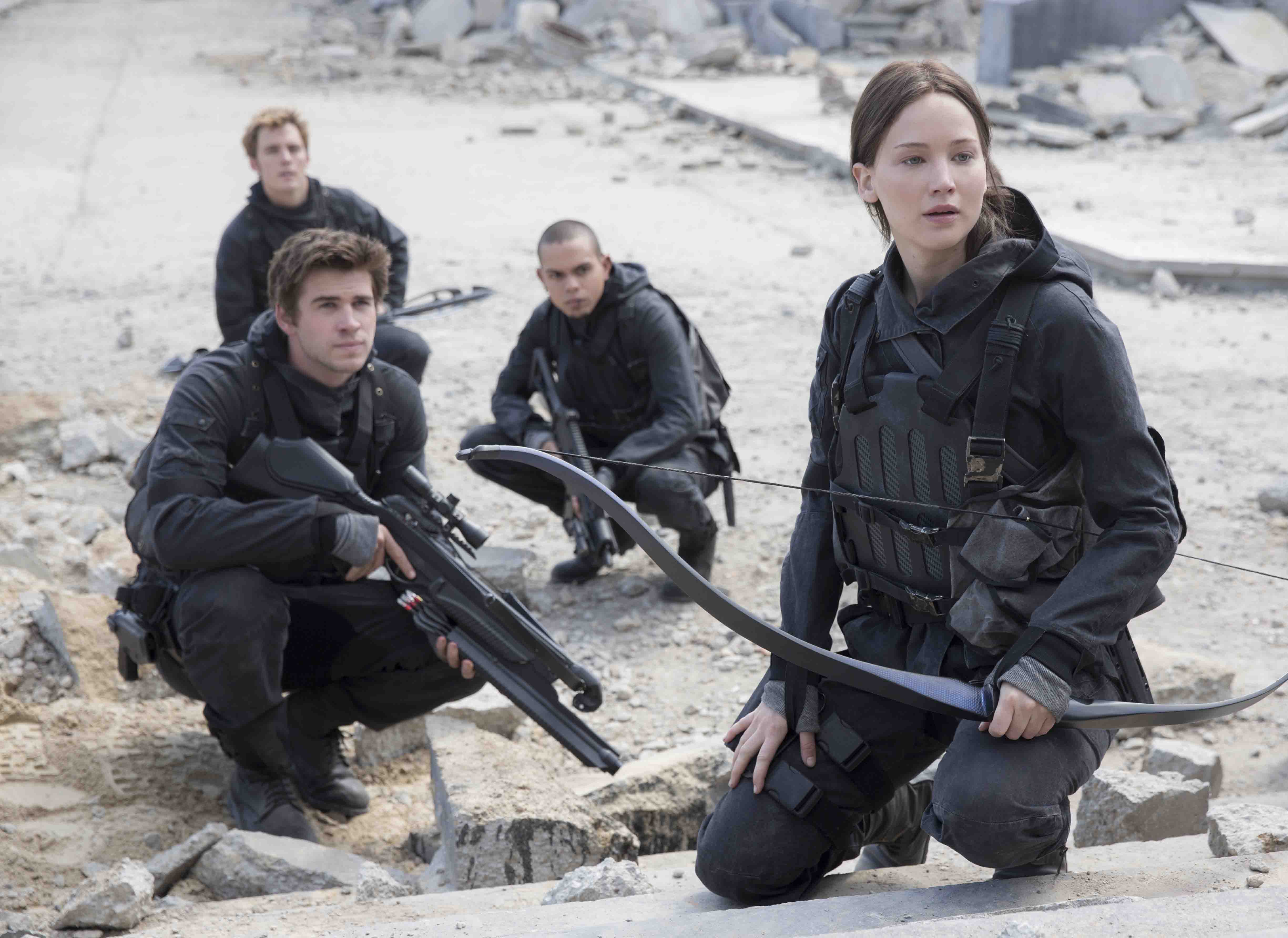 The Girl on Fire is burning down the rest of Panem in the final chapter of the Hunger Games series, The Mockingjay Part 2. Picking up as a direct continuation from Part 1, Part 2 is a non-stop, satisfying finish to the series.

Jennifer Lawrence proves once again that she can bear the bulk of the work as she continues her role as Katniss Everdeen, the teen who survived the death match arena, only to become the figurehead for a citizen’s rebellion against her Capitol’s evil leaders.

The cast in general is wonderful, and director Francis Lawrence definitely saved the best for last in this visually and emotionally charged film.

Based on the young adult book seriesThe Hunger Games by Suzanne Collins, screenwriters Peter Craig and Danny Strong beefed up certain moments to give more form to character’s choices and clarify motivations in such an intense event. Admittedly, I’m one of those people that loathe any changes made in film adaptations, particularly when the book was already great. In this case, the changes made actually helped in telling the story of a girl who became a young woman that would no longer be used as a pawn in anyone’s game; building the kind of character an actress like Lawrence can really sink her teeth into. The changes in the final installment bring certainty and courage to her final act as the Mockingjay, something many readers were confused by. In place of a girl so broken by the cruelty of the world, audiences see a young woman willing to sacrifice everything in hopes of creating something better. 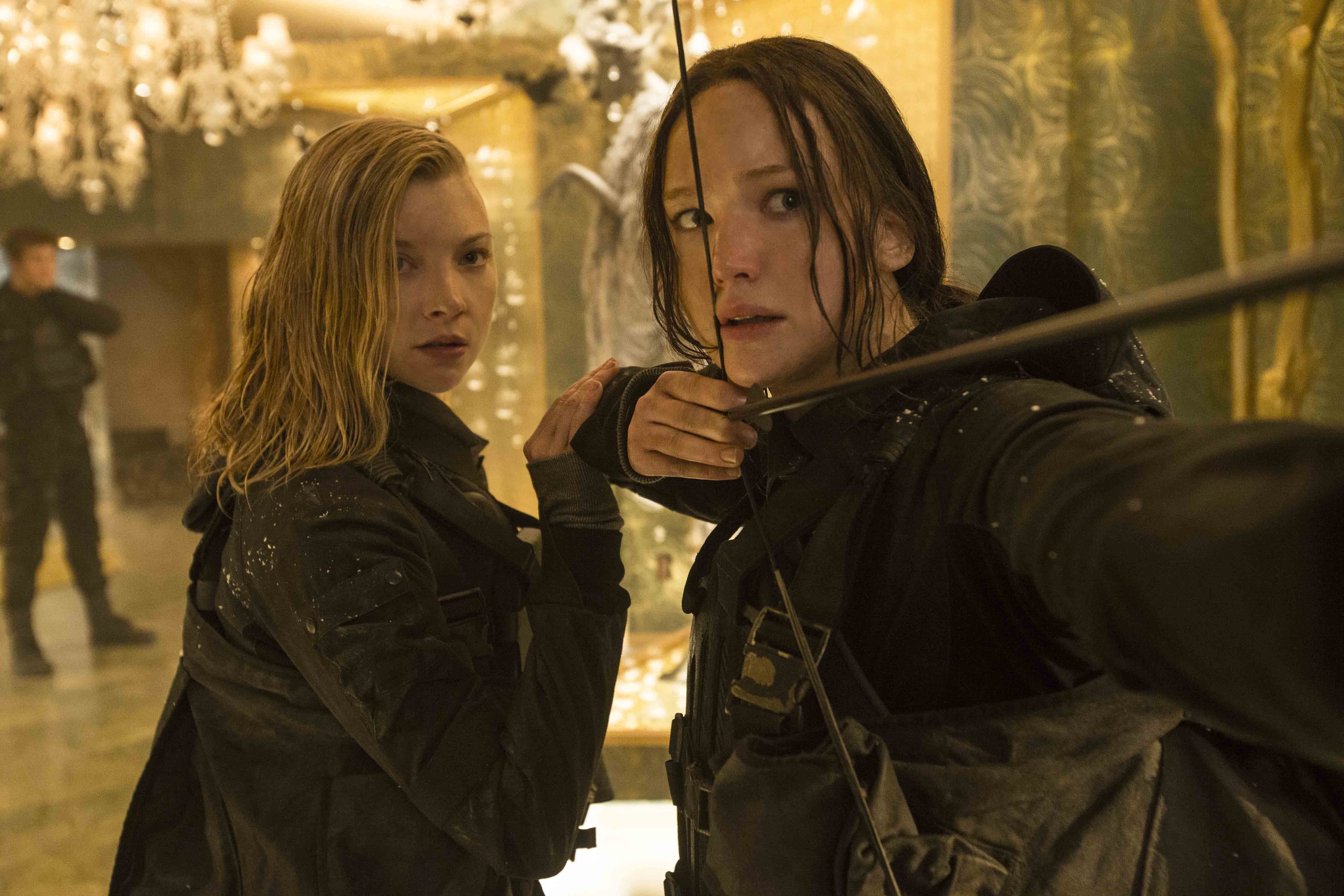 After rescuing Peeta (Josh Hutcherson) from the Capitol, District 13 is now in the full throes of war against President Snow. They no longer need Katniss to be their Mockingay, the rallying cry for the troops. President Alma Coin (Julianne Moore) is willing to send her into combat with her childhood love, Gale (Liam Hemsworth). Although the on-going love triangle between Katniss, Peeta and Gale falls flat, Hutcherson brings an incredible sense of depth and humanity this time around. Meanwhile, Hemsworth doesn’t have as much to work with, the handsome brooding thing doesn’t hold a candle to the raw emotion brought by Hutcherson and Lawrence.

Once Katniss realizes who and what President Coin really is, she knows she has to maneuver around the bureaucracy of District 13 in order to achieve her ultimate goal of killing President Snow, as played by Donald Sutherland. Never one to miss a PR coup, Coin and head game-maker-turned-rebel Plutarch Heavensbee (the late Phillip Seymour Hoffman) quickly assemble a Star Squad to join Katniss in the final onslaught in the Capitol. Fellow Victors Finnick Odair (Sam Claflin) and Peeta join her as a camera crew follows her every move.

Snow has turned the Capitol into the 76th Annual Hunger Games, chock full of death traps and tricks. The effects are incredible and terrifying, showing that literally nothing is off limits in terms of what these characters will endure. Once the dust settles, Katniss is left with a choice, one that felt stronger in the on-screen adaptation than in reading the book. She is eventually able to move on and find whatever peace she can in the world she helped create. 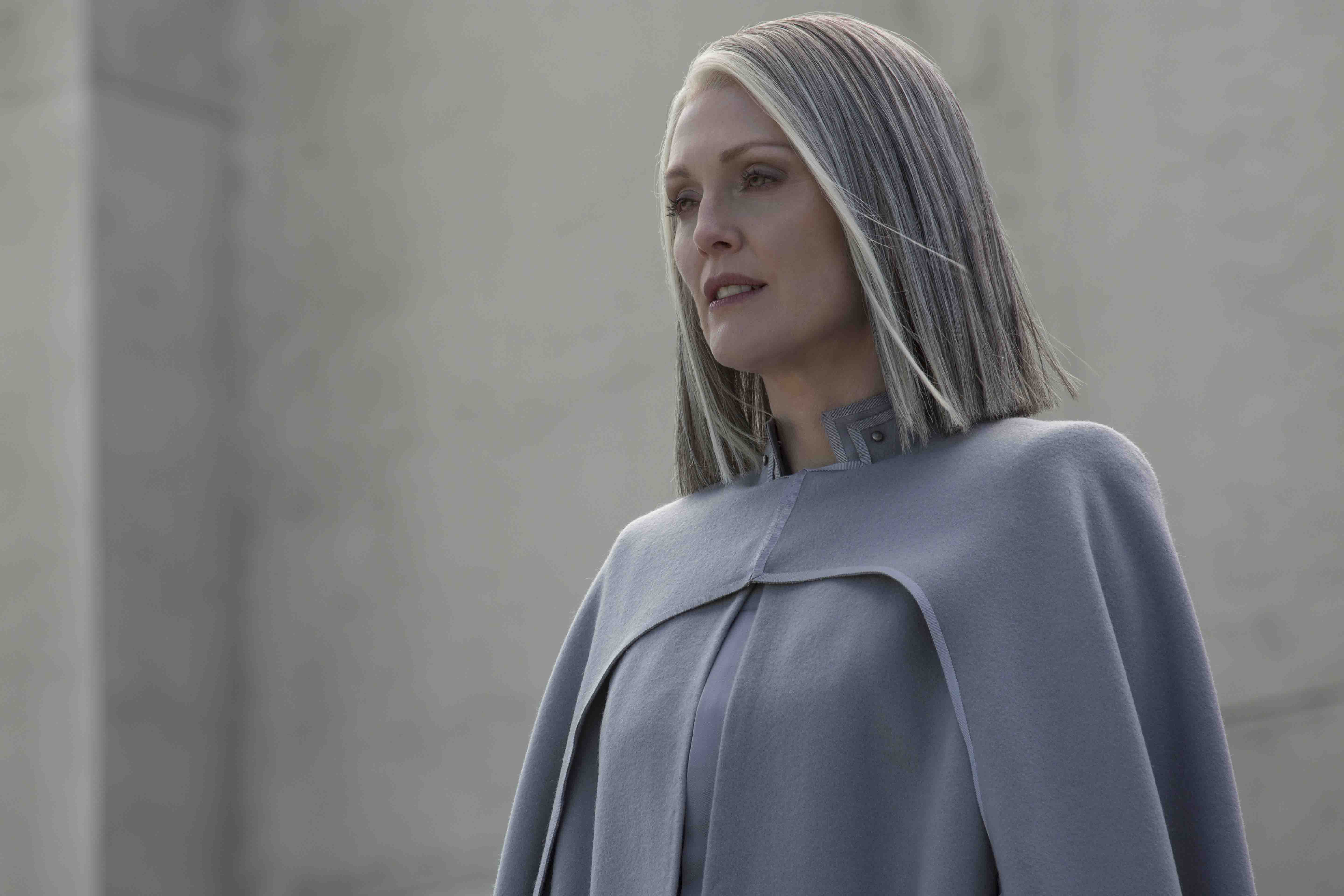 The cast seems completely at home with one another, delivering both truthful and heartbreaking performances. Lawrence and Hutcherson are great, showing the emotional effects of what they’ve gone through as both Tributes and Victors. Sam Claflin (Finnick) is just as charming as ever, and his wedding scene in District 13 is a much-needed moment of levity in this darker film. Perhaps the only issue is the underuse of those actors that excel in easing the mood. Victor Johanna Mason (Jena Malone), who so admirably performed a strip tease in the last film, felt barely there. Her acerbic wit so perfectly juxtaposes Katniss’s earnest ‘protector of the helpless’ thing, and she shines in her few scenes. Effie Trinket (Elizabeth Banks) is back as the fashionista growing a soul, but felt more like an afterthought. Even Haymitch Abernathy (Woody Harrelson), longtime mentor and Hunger Games victor, could have been used more consistently.

When the last book is split into two separate films like this, its hard not to think its done solely for the money. After all, Lionsgate has made billions off the story of these teens trudging through the dystopian landscape and fighting to the death. This is one of the rare instances in which it felt justified and purposeful.

There are certainly indulgent moments that feel trite, but that's to be expected in this genre. Mockingjay Part 2 provides a fitting ending for the series, letting the Girl on Fire grow up and become more than just the face of a revolution, but an active part in changing the world.

Electronics
Clash Of Kings Wins Facebook's GAME OF THE YEAR

Lifestyle
A Bundle Of Books For The Holidays: From Aziz Ansari To Patti Smith