Words With: Sam Lerner Has The Comedic Touch In "Project Almanac"

Let's talk about Sam Lerner. He's just one of those actors who has something special. And let's face it, not every actor has that quality. For Sam, it's his comedy. We've seen him on shows such as  "Suburgatory" and now "The Goldbergs," but the 22 year-old is taking a step into deeper waters; starring in Paramount's big sci-fi action/adventure film "Project Almanac." Sam plays a key character in a close circle of High School friends who construct a time travel machine. Almost every single line from Sam caused an audience filled with critics to burst into laughter. That says a lot for his comedic timing. When it came to the dramatic bits, he had that down pat too. I don't doubt we'll be seeing a lot from Sam on the TV and silver screen. In the meantime, LATF met with the actor to talk about his "Project Almanac" adventure.

Within the first five minutes of the movie, it’s clear that you’re the comedic relief. Did you find pressure in that responsibility?

I was so excited, really, just to take on this movie. The audition process was crazy. I didn’t hear that I got the part until six months after my callback. They were looking for everyone. It was just the craziest process. From the start, I was obsessed. Because the humor—as you said, the comedic role—was right up my alley. It was exactly what I find so funny. It was my exact type of humor, so I thought, “These writers nailed it.” They’re so good. I was so excited the moment I got the script. And also, they were super secretive about it, calling it the "Untitled Michael Bay–produced movie for Paramount Pictures."

Michael Bay's name must have been an immediate 'yes.'

It’s so exciting, because you read a lot of scripts and it was one of those where you had to sign a non-disclosure agreement to read the script. You know it’s something cool, and so I was just like, “Yes, gimme.” (laughs)

Do you think it’s going to be a ‘Back to the Future’ for your generation?”

I hope so. Found footage has been done a few times, but it’s the first time travel one. And I think it’s really realistic in the time travel film like this. Yeah, I think it could be. I hope it catches on. People seem excited about it, for a movie that doesn’t have any big stars in it;

How much of you is in the character? Did you have freedom to improvise?

Oh yeah, a ton. We would do the scene once, and then just say it in our own words. And in rehearsal, we’d play improv games. And especially for me, because my guy’s always joking around, they were like, “Try a different joke. Try a different joke,” which was so fun. I felt like I was in a Judd Apatow movie. I was just screaming out different jokes. There was a lot of freedom to improvise and tons of just feeling free and loose. 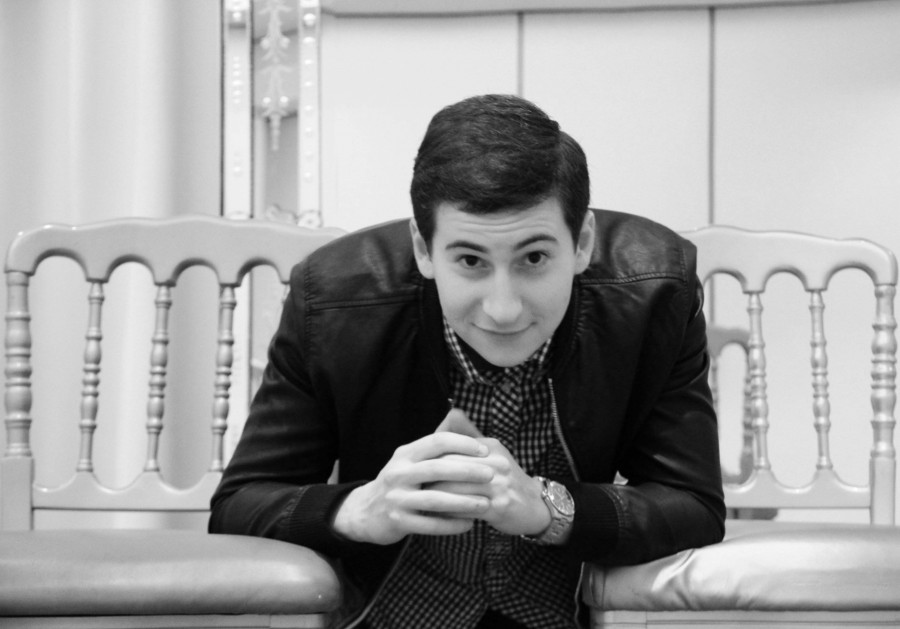 What was the absolute wildest thing that happened on set?

Atlanta’s crazy. It was burning hot most of the time, and then all of a sudden there was a tornado warning. There  was this crazy storm and we were barricaded in this church for a while. So much happened.

What were the challenges of shooting with the hand-held camera and shooting time travel out of sequence?

There were a lot. We had to ask the director, “OK, what day is this? Where are we? What has happened before this? What happens after?” We wanted to know where we were. And then as far as the found footage goes, it was cool because there’s a camera operator, and you’d stand very close to him if you were the one holding the camera, and then for hand-offs, you’d put the camera into someone’s chest, and then you’d flip it around. The camera operator would turn, and then that person would go stand over there.

It took some practice and we got used to it. But found footage is really cool because you can address the camera—you break the fourth wall. As an actor, it’s great because you don’t have to do coverage. You don’t have to do wide shot, medium shot, two-shot, close-ups. Just one shot is the one that stays, and so it’s a lot like theater in the sense of, “You have to nail the whole scene.” 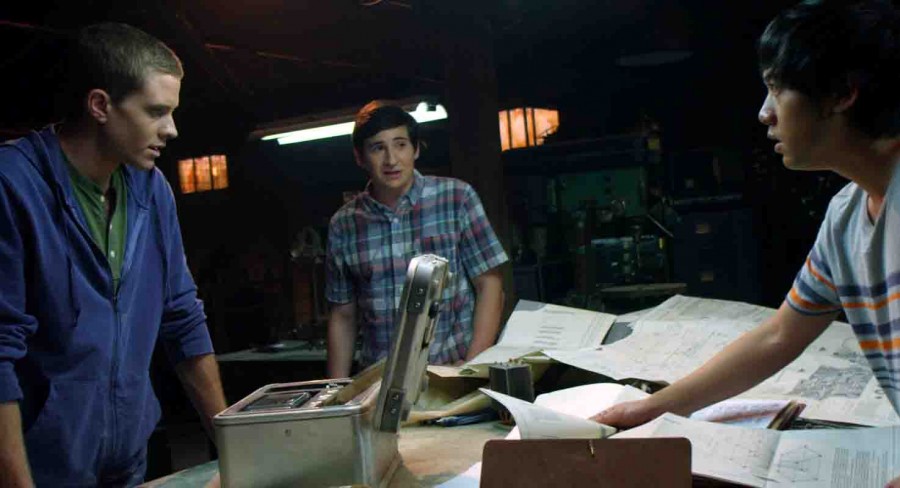 It’s a fresh cast and a fresh feature film director. What was it like working with Dean Israelite?

He was great. You would never know that it was his first time doing a big movie. He was totally a balance of technical director and actor’s director, hands-on. He walked us along everything and was there for us, giving us time to prepare. But then again, there’s probably so much pressure on him to get this movie done. It was a quick shoot, too—I think our original shoot was only about 28 days without reshoots. Dean said that the way he got this movie was by knowing someone involved. Then he and his friends went out and made a little five-minute pitch for the movie—like a found-footage pitch. He gave that to the production company and they were like, “This is great.”

If you could travel back in time, who would you party with, what would you see?

I would go back and see Kobe Bryant score 81 points in a game. And if I could I would take Kobe and have him and Jordan play each other each in their prime. I would party with The Beatles. That sounds fun.

I’m still doing “The Goldbergs,” which started out as one episode, but now it’s seven. I guess the hope is that this movie does well, and then hopefully it brings other things—maybe even a sequel if it does well. We signed on for three, but I think that’s just what they do, in case it is a franchise. I think it just depends on how people receive the movie. If people receive it well, then hopefully we get a sequel. If not, then we don’t. But it was a great experience regardless.

Music
Oops... My Bad - Sam Smith And Tom Petty Come To An Agreement