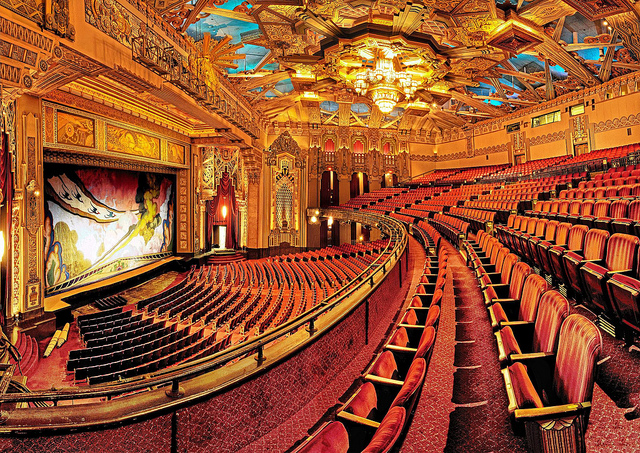 General Manager Martin Wiviott states, “For the past 85 years, our beloved Hollywood Pantages Theatre has remained a crown jewel of this entertainment mecca. Since we first opened our doors to eager audiences in June of 1930, the theatre has not only retained its beauty, but has proven time and time again that we maintain the perfect marriage of Broadway’s finest entertainment with the luster of Hollywood’s Golden Age. We invite you to continue this legacy as we celebrate this historic anniversary, with a hand-picked mix of iconic classics and modern hits. At 85 years young…the Hollywood Pantages is as beautiful as ever.”

The 2015-2016 Season will include the L.A. Premieres of four direct from Broadway hits. The first L.A. Premiere will be IF/THEN, an original musical written by the Pulitzer Prize and Tony Award-winning creators of Next to Normal. Following will be BULLETS OVER BROADWAY, featuring a book by Woody Allen and Douglas McGrath based on the 1994 film of the same name. THE ILLUSIONISTS - Witness the Impossible™, the world’s best-selling touring magic show, will bring their stunning acts of grand illusion, levitation and mind-reading to the Hollywood Pantages stage. The previously-announced Tony-winning BEAUTIFUL – The Carole King Musical will round out the season’s L.A. premieres.

Season Ticket Packages go on sale to the general public on Monday, February 23rd at 10:00 AM at www.HollywoodPantages.com or by phone at 866-755-BWAY (2929).  Current season ticket holders can renew their tickets beginning today.  Classic 8-Show Packages start at $232 per person, and are available in five price levels, all of which are located on the Orchestra Level. Group tickets will be available for purchase on Monday, May 18th at www.PantagesGroups.com or by calling 866-755-3075 (M-F; 10am-5pm PT).

The Hollywood Pantages is proud to offer its ultimate theatrical package: the Presidents Club®.  Members enjoy seats in the first 12 rows of the center orchestra, pre-show and intermission access to the private VIP Lounge with complimentary hors d’oeuvres and cocktails, and dedicated restrooms.  For more information, please visit www.HollywoodPantages.com/PresidentsClub or call 323-468-1731.