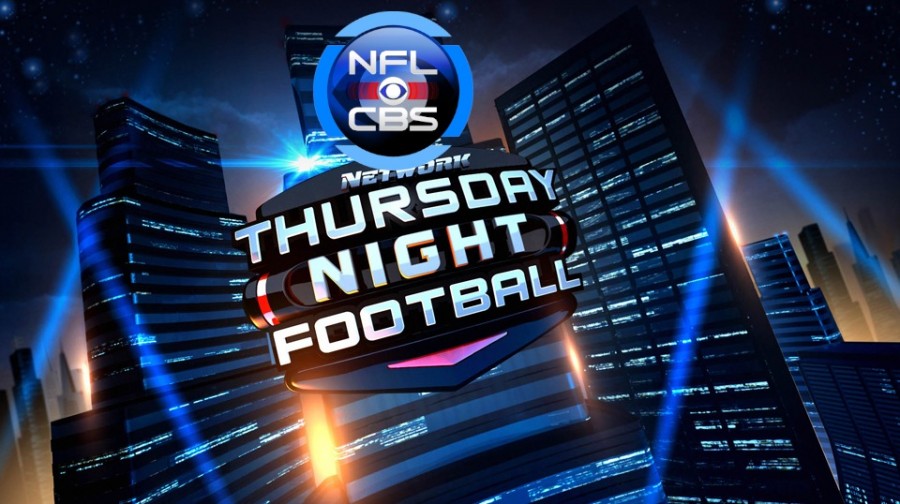 The NFL will continue its partnership with CBS to produce and televise Thursday Night Football for the 2015 season, it was announced today by NFL Commissioner ROGER GOODELL and LESLIE MOONVES, president and CEO of CBS Corp., and SEAN McMANUS, Chairman, CBS Sports.

CBS will broadcast the first eight Thursday Night Football games which also will be simulcast on NFL Network. NFL Network will also exclusively televise eight games in the run-up to the playoffs. The mix of games will include 14 on Thursday nights and two late-season games on Saturday.

The full slate of 16 regular-season games will be produced by CBS with its lead broadcasters and production team on all Thursday night games. The pregame, halftime and postgame shows will continue to feature NFL Network and CBS Sports hosts and analysts.

The agreement is for the 2015 season with an additional year at the NFL’s option.

“We are pleased to extend our partnership with CBS for Thursday Night Football,” said Goodell. “The promotion and production by CBS and NFL Network last season made Thursday night a night for NFL football. We look forward to working again next season with CBS.”

“The benefits of Thursday Night Football are evident across our Corporation, including a strengthened primetime lineup that has built on its number one position,” said Moonves. “The NFL continues to be the best premium content in the business, and we look forward to another year of our expanded partnership in 2015/16, a season that will culminate with Super Bowl 50 on CBS.”

“I could not be more proud of the job the CBS Sports team did in conjunction with our partners at the NFL in producing, branding and positioning Thursday night football as a television destination for viewers,” said McManus. “The awareness and viewership for Thursday Night Football grew dramatically in 2014, and we look forward to continuing this trend.”

The programming relationship between the NFL and CBS will expand to include, among other elements, the development of new programming initiatives across the various CBS and NFL platforms.

In addition to Thursday Night Football in 2015, CBS will conclude its 56th year broadcasting the NFL with its exclusive presentation of Super Bowl 50 from Levi's Stadium in Santa Clara, Calif. on Feb. 7, 2016.