Movie Review: "Project Almanac" Is An Adventure Worth Taking 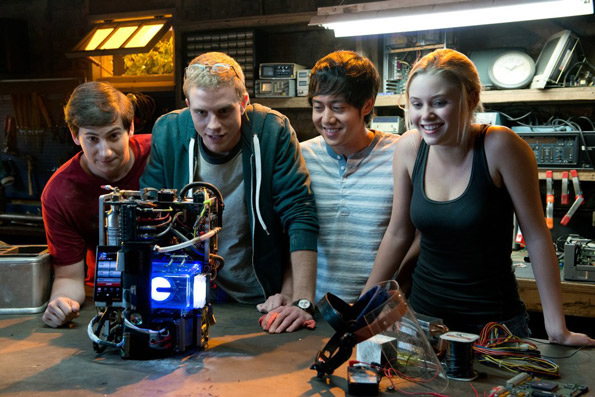 For a first time feature film director, Dean Israelite certainly had his hands full with Paramount's "Project Almanac." Time travel, found footage, a young cast and finally a January release date. Despite everything, Israelite delivers an adrenaline-rush adventure that is equal-parts humorous and heartfelt.

As much as the movie is fast-moving entertainment, it somehow also finds a way to be a touching coming-of-age story. David Raskin (Jonny Weston) is a brilliant high school student who knows his way around technology. When he finds out that he’s been accepted to his top college choice, the only thing standing in his way is the lack of financial aid. One day while rummaging through his late father’s collection of gadgets, David and his sister Christina (Ginny Gardner) stumble across an old video camera. The footage that they find eventually leads them to a mysterious device and matching blueprints. David immediately sees this as the project that could fund his higher education. Together, David, Christina, their best friends, Quinn (Sam Lerner), Adam (Allen Evangelista) and the High School ‘hot girl’ Jessie (Sofia Black-D’Elia) miraculously construct a time machine. At first, their discovery is rip-roaring fun, allowing each student to alter their recent past to their advantage. But eventually the trips turn sour as they realize that their time travel dangerously changes the course of the past and present. 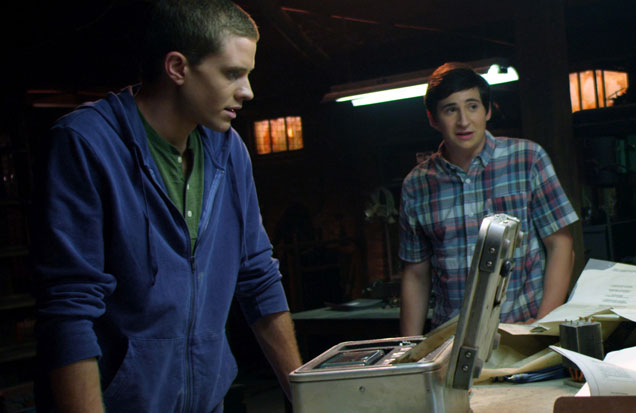 The entire film is shot found-footage style, which can sometimes prove to be the source of a headache. In this case, it works. The five main characters pass the camera from one to another, video journaling their newfangled creation. As the movie progresses, they jump back and forth in time so often, that the found-footage aspect flows right along.

When it comes to the special and visual effects, Michael Bay’s name being attached to the producing credits assures the film’s featured action is another reason to see “Project Almanac.” It’s a thrill ride as the characters’ bodies begin to almost dissolve and bend when they travel through time. The act of skipping back and forth causes cars, dumpsters and other large objects to move and fly about as if a hurricane or twister was brewing. 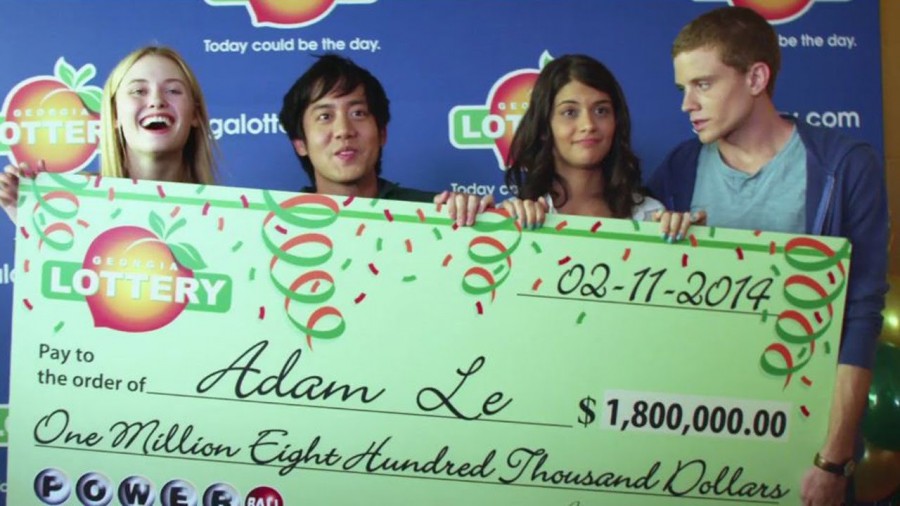 That’s a check for exhilarating action, and an engaging story. But what stands out the most is the up and coming cast. The chemistry between Weston, Lerner, Evangelista, Gardner, and Black-D’Elia is so natural they could easily convince an audience that they are best friends off-screen, and have been for quite some time. Weston (“Chasing Mavericks,” “Kelly & Cal”) brings a dramatic depth to the film, making it much more than just a sci-fi adventure flick. As far as humor is concerned, Lerner is an absolute stand-out with impressive comedic timing; delivering the best lines of the film.

January is the month most film critics dread. The award-winning movies have come and gone, leaving the not-so-desirables to start the new year. Luckily, “Project Almanac” does not fall into that category. If you’re looking for 106 minutes of pure and refreshing fast-moving adventure, then this ticket to time travel has your name on it.