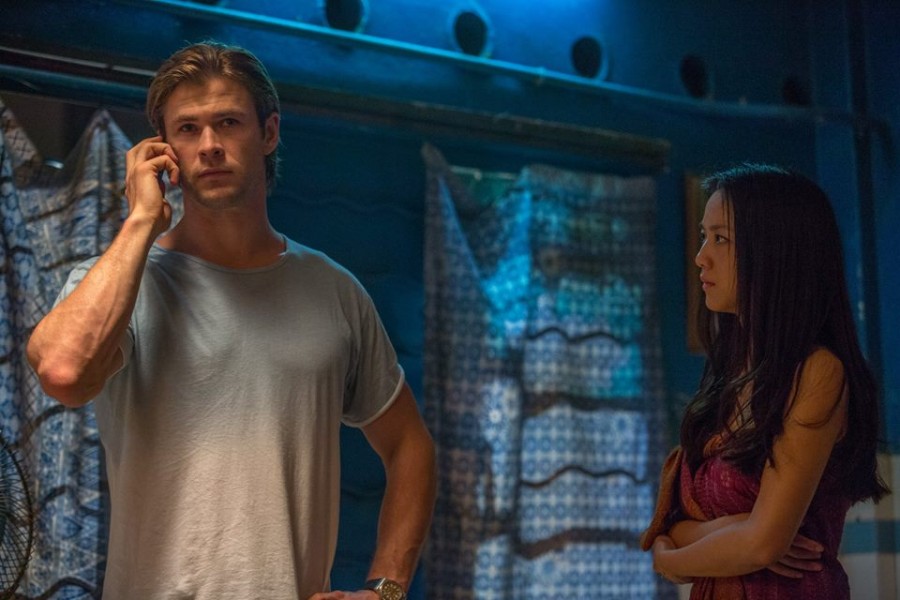 “Blackhat” is the story about computers and the evil things people do with them. It’s an incredibly topical and decidedly scary topic. Unfortunately, what might thrill and scare audiences on CNN’s Nightly News, doesn’t always make for a box office smash hit. Simply put, besides “The Social Network,” when was the last time computers were cool on the silver screen?

Enter filmmaker Michael Mann (Public Enemies). One would expect the very cinematic action director, who has turned the screams of machine gun fire into the sound of money many times in Hollywood, to liven the subject up for audiences. Sadly, his return to future films after a five-year hiatus falls short in almost every way. Starring an Americanized Chris Hemsworth and Viola Davis (TV’s “How To Get Away With Murder”), “Blackhat” fails in its intended goal: to make computing look sexy.

Those intricately designed collection of cables, processors, and technical widgets get their glitzy Hollywood debut very early on in the film. Actually, one of the first images in “Blackhat” is a CGI dive into the inner workings of a cyber transaction. Through a stylized series of white lights, the audience trails along on a jarring journey through the data sphere. This out of the box opening is a graceful bit of spectacle, and is intended to enliven the usually drab proceedings of the hacker movie. While for a flickering moment this tactic works, as soon as real people are introduced to the mix, the boredom sets in. 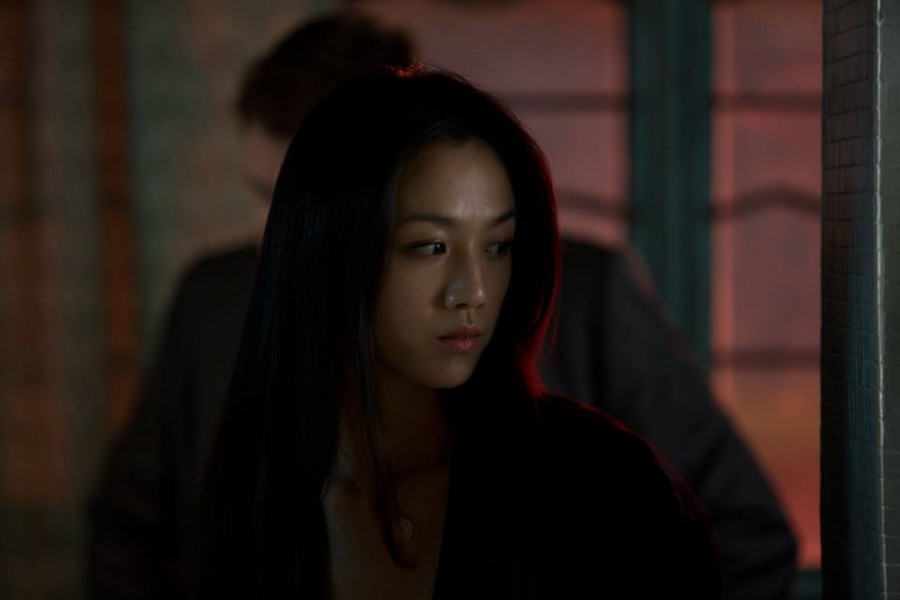 When the audience finally meets a human character, it is in the form of muscled genius Nick Hathaway (Hemsworth). Nick is some sort of freakish Mark Zuckerberg/James Bond mix. He is both wickedly smart and violently deadly. Hemsworth is never entirely convincing as the genius hacker. He’s simply too good looking to be that smart. I’m not saying these are mutually exclusive traits all the time, but they are in the case of this Aussie actor.

Meanwhile, a tightly bound supporting cast logs some heavy screen time. Of the key contributions; Viola Davis and Chinese actress Wei Tang (Dragon) are best. Hemsworth’s on-screen counterparts go a long way in compensating for his less than stellar performance. The audience catches up with Nick at a pretty bad point in his life. He’s currently serving a 13-year prison sentence for a vague string of e-crimes. After an even greater worldwide hacking dilemma occurs — something about a nuclear reactor exploding and the stock market crashing — Hathaway gets sprung after a Chinese task force, headed by former MIT roommate Chen Dawai (Leehom Wang), demands his expertise to track down the mysterious figure causing these disasters.

The script by first time screenwriter Morgan Davis Foehl is all over the place story wise and oftentimes leaves the audience guessing as to what the bad guys are actually doing wrong. After this lengthy set up, what results is a narrative that desperately tries to maintain its straightforward momentum despite a collection of characters that are about as flat as this image on your computer screen. Nick, as a protagonist, is barely relatable. He wants his freedom, but Foehl never gives us enough driving force to make the audience empathize with his cyber thug background. 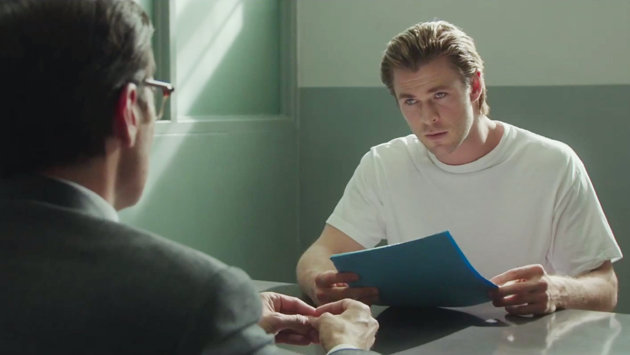 Copying the global thrills of the “Mission Impossible” movies, the remaining screen time is filled with B-grade versions of just that. Nick and company travel to such locales as Hong Kong, Thailand, and California. Yet, whereas the MI films throw hand-to-hand combat into the mix whenever possible, “Blackhat” never raises the action until the very end of the film. And by then, it’s just simply too late to make up for all of the boring exposition.

“Blackhat” is at its best when there isn’t any dialogue. Mann, even half a decade removed from directing, still has a knack for staging a hectic chase and infusing tension into a deadly firefight. Unfortunately, there isn’t enough of either of these throughout the film. Mann never realizes how little tension there is in watching characters type at one another. In the end, the film perishes because there isn’t enough action to make up for all the technical mumbo-jumbo.  With robotic acting, and a cookie-cutter script, there isn’t much to be excited about in this mid-January action flick.

Rated R for violence and some language