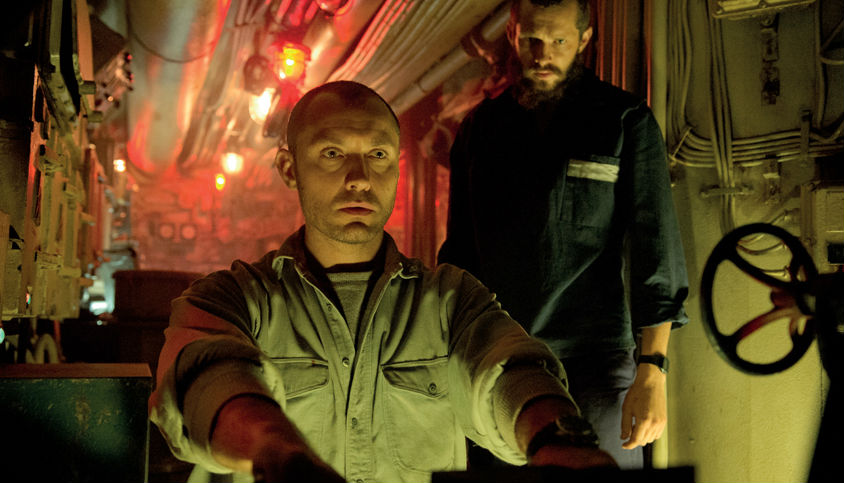 Directed by Scottish filmmaker Kevin Macdonald (“The Last King of Scotland,” “State of Play”), “Black Sea” is a breezy thriller whose 114-minutes sail by with relative ease. Although Dennis Kelly’s spirited screenplay largely maintains audience interest, plot inconsistencies and poor character development are visible throughout, with the third act hitting some especially rough water. Still, given the catchy setup, tension-filled atmosphere and engaging performances from the international cast, there is enough working in its favor to justify partaking of this January excursion.

“Black Sea” begins with Robinson (Jude Law), a former submarine captain, being laid off from the ocean salvage company where he has wasted his past fifteen years. But when Robinson catches wind of a sunken treasure dating back to WWII that has possibly been located in the Black Sea, he enlists the help of his redundant coworkers and sets out to capture the fortune. 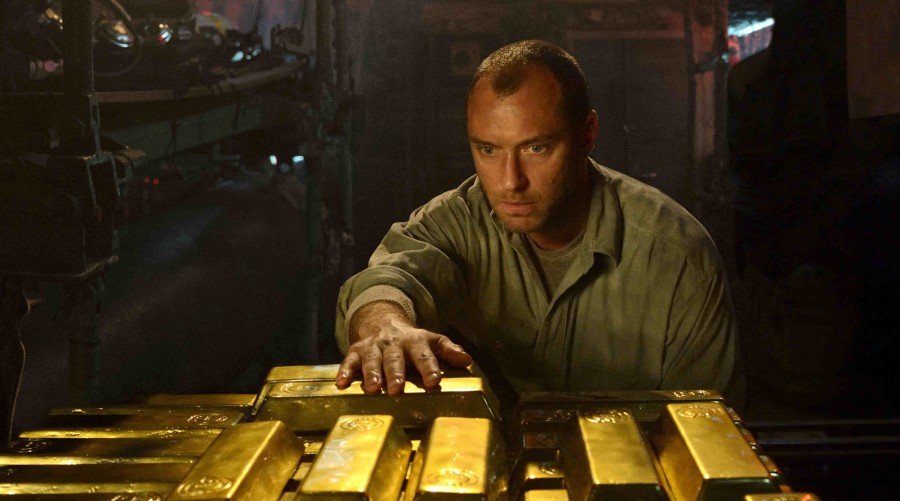 Funded by a shady financier (Scoot McNairy), the crew – comprised of Brits, Russians and one especially nasty Australian (Ben Mendelsohn) – ship off in a derelict submarine in search of the treasure. However, when they realize that the less people involved in the operation the more money they’ll have to split between them, their treasure hunt becomes a survival mission as they propel toward disaster.

An agreeable cross between “Das Boot” and “The Treasure of the Sierra Madre,” this adventure thriller holds water thanks to the inspired direction of Kevin Macdonald, who won an Oscar in 1999 for his superb documentary, “One Day in September,” about the terrorist attacks at the 1972 Munich Olympics. A lesser director would have balked at the inherent limitations of a film set on a submarine, but here Macdonald capitalizes on the claustrophobic setting, using every nook and cranny of the boat to create an action-filled nail-biter. Sure, there are plot holes aplenty, and the character backstories are slim and unconvincing, but once the infighting between the Brits and Russians kicks in, “Black Sea” will have you hook, line and sinker.

Back from the “The Grand Budapest Hotel” and his haywire turn as the maniacal safecracker “Dom Hemingway,” Jude Law is in fine form as the single-minded submarine captain giving it all for the gold. With a Scottish accent and a no-nonsense demeanor, Law fully commits to his gutsy character, and his performance keeps this endeavor from veering too far off-course. On the supporting side, Ben Mendelsohn (“Starred Up”) and Scoot McNairy (“Frank”) put in solid work as greedy crewmates, and Grigoriy Dobrygin (“A Most Wanted Man”) shines as a peacekeeping Russian, but there’s no question it’s Law’s show.

A better than average January release, “Black Sea” is a novel underwater heist flick that should prove to be a modest hit at the box office.

Rated R for language throughout, some graphic images and violence.