Spurs Triumph Heat and Defeat Miami in Game One 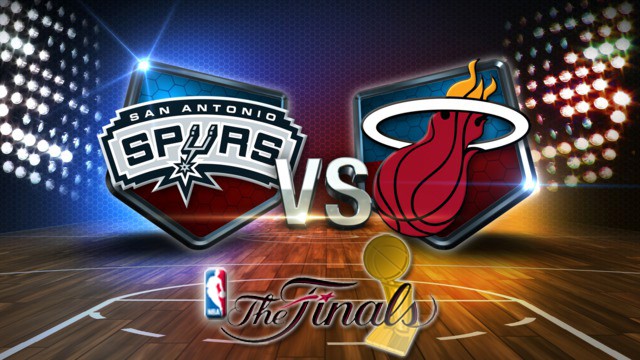 James, the four-time league and two-time Finals Most Valuable Player, played only five minutes in the fourth quarter after dehydration and cramping forced the future Hall of Fame forward out of commission in the Heat’s 110-95 Game One loss to the Western Conference Champion San Antonio Spurs.

The Spurs outscored the Heat by a 36 to 17 advantage in the fourth quarter, much of it in James’ absence, to take game one of the seven game series. Tim Duncan lead the San Antonio effort with 21 points and 10 rebounds.

“After I came out of the game, they kind of took off,” James said to the Associated Press. “And it was frustrating sitting out and not be able to help our team.” Although maligned with cramps, James finished the contest with a game-high of 25 points.

The temperature was not the game’s only irregularity. The Spurs played an uncharacteristic brand of basketball turning the ball over 22 times, including seven in the third quarter. For brief stretches, it appeared the sweltering conditions had gotten to them.

“I think it was probably tough on both teams,” Spurs coach Gregg Popovich told ESPN. “Players were pretty dead. So we tried to get guys in and out a little bit more than we usually do. Kind of screws up the rhythm a little bit but it was mighty hot out there.”

It was a throwback game for NBA historians; flashbacks to the old Boston Garden and its 100 degree heat, host to multiple Boston/Los Angeles battles in the mid 1980s. For the game’s participants it was nostalgic of their origins.

“And for sure I play more years in situations like this than with AC on the court,” Spurs guard Manu Ginobili said to ESPN. “Not a big deal in that case.” Ginobili led the San Antonio second unit with 16 points and 11 assists.

The Spurs shooting efficiencies compensated for their possession deficiencies. They shot 59 percent for the game including 52 percent from the three point line. Many of those field goals  were the product of the good ball movement NBA audiences have come to expect; of their 40 made field goals, 30 were assisted.

The central cooling expects to be repaired before Sunday night’s Game Two. “Hopefully we can pay our bills,” Popovich joked with ESPN reporters after the game.