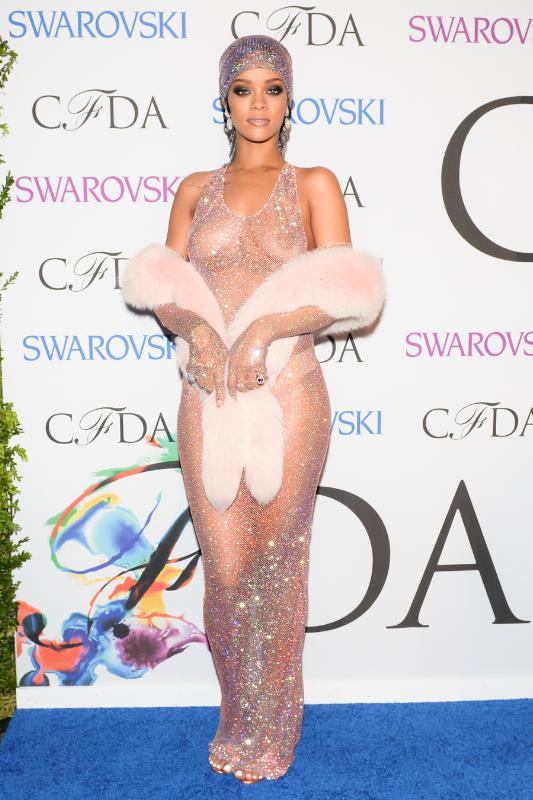 This week the Council of Fashion Designers of America (CFDA) paid tribute to the winners and honorees of the 2014 CFDA Fashion Awards in collaboration with Swarovski at Alice Tully Hall, Lincoln Center. Film director and screenwriter John Waterswas the host for the evening. For the thirteenth year in a row, the evening was generously underwritten by Swarovski.

Rihanna, who's wardrobe for the evening has caused quite the controversy,was presented with the Fashion Icon award by Vogue editor in chief Anna Wintour who praised the musician for her ability to tell captivating stories through the boldness and beauty of clothes. Rihanna thanked members of the audience: "the designers, the models, and everyone else who has inspired me."

"We celebrated creativity, experience, and conviction by honoring the diversity and vibrancy of individuals who define the influence of the fashion industry," said CFDA President Diane von Furstenberg.

"It's been an honor to partner with the CFDA in celebrating the very best in American fashion for thirteen incredible years, and the creativity of the award winners never fails to amaze.  We are especially pleased to support the industry's next generation through the Swarovski Awards. It's a privilege to help these dazzling young talents evolve and realize their visions as they take the next steps in their careers," said Nadja Swarovski, Member of the Swarovski Executive Board.

Recipients in each category will receive generous financial support from the company as well as exposure to the company's vast and innovative crystal products and applications for fashion.

The Founder's Award in honor of Eleanor Lambert was presented to Bethann Hardison by Naomi Campbellfor Hardison's efforts to promote racial diversity in the fashion industry.

Diane von Furstenbergpresented the Board of Directors' Tribute toRuth Finley, in recognition of her 65 years as founder and publisher of Fashion Calendar.