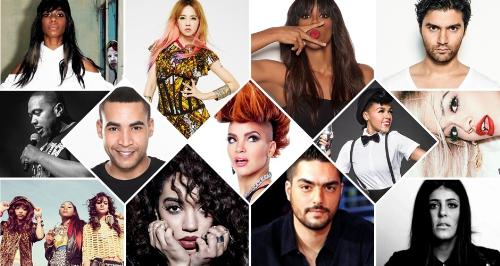 Today Pepsi® released the complete 11-track "Pepsi Beats of the Beautiful Game" album, an exclusive collection of anthemic songs by chart-topping musicians inspired by the energy and spirit of the world's most popular game – football.

"Pepsi Beats of the Beautiful Game provides a unique view into the culture of the most popular sport in the world," said Frank Cooper III, Chief Marketing Officer, Global Consumer Engagement, PepsiCo Global Beverages Group. "It introduces powerful new music from superstar and emerging artists, and features those songs in short films by some of the world's most dynamic directors highlighting an aspect of football culture. We hope that fans of both artforms find that this unique combination embodies the true spirit of the beautiful game."

In addition to the album, the artists' songs serve as inspirations for 11 short films by dynamic, best-in-class directors including Spike Lee, Idris Elba, Jessy Terrero, Diego Luna, Andy Morahanand The Kolton Brothers, among others.

For more information on Pepsi Beats of the Beautiful Game visit www.pepsi.com/thegame and follow the conversation online with #FutbolNow.