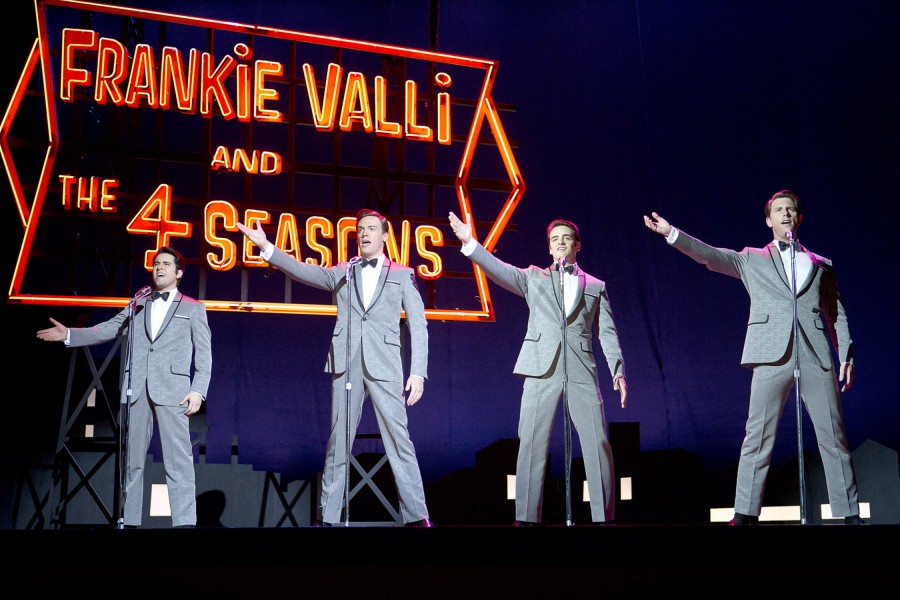 Working from a screenplay written by Marshall Brickman and Rick Elice, Eastwood brings his ever-reliable directorial touch to this easily digestible and highly entertaining inside look at one of the most iconic bands of the past century. Structurally, “Jersey Boys” doesn’t stray from the proven formula of most musical biopics, chronicling the band’s trials and tribulations as they navigate their way through the turbulence of fame and fortune. But even with the premise’s derivative nature, the film is buoyed up by its energetic and beautifully staged musical performances.

Taking dramatic license to squeeze the band’s storied career into feature length, the story begins in Belleville, New Jersey circa 1951 when Frankie Valli (John Lloyd Hall) – then Frank Castelluccio – is working at a barbershop and just toying with idea of a singing career. 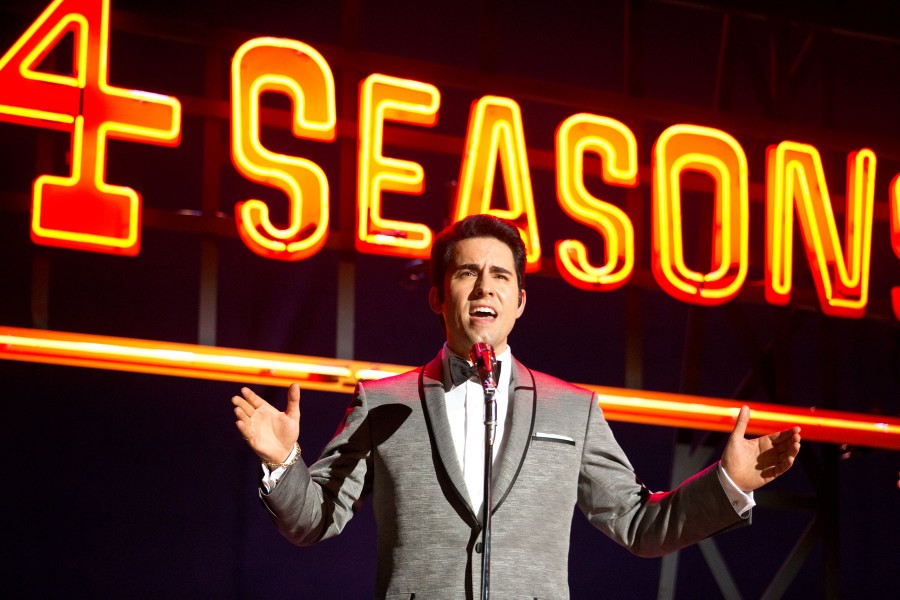 Before long, Frankie is taken under the wing of local mobster Gyp DeCarlo (Christopher Walken) and guitarist Tommy DeVito (Vincent Piazza), who immediately spot the budding singer’s potential. Good intentions aside, Tommy is far from an ideal role model and does a better job pushing Frankie toward the penitentiary than the limelight. Luckily, Valli’s early brushes with the law help instill in him the desire to follow the straight and narrow.

Even with his one-of-a-kind voice, considering how few people he grew up with were able to make it out of the projects, Frankie’s singing career seems like a long shot. It isn’t until he’s invited to join DeVito and his bassist, Nick Massi (Michael Lomenda) onstage that his pipes and star quality are truly revealed. The band’s success is slow going at first, but when songwriter-keyboardist Bob Gaudio (Erich Bergen) joins the group, the band finds their footing, landing a record deal and quickly cranking out hits like “Sherry,” “Big Girls Don’t Cry,” and “Walk Like A Man.”

Given that “Jersey Boys” adheres to a fairly standard musical biopic format, it’s expected that their rise to fame hits a few snags along the way, mainly in the form of Tommy’s increasing money problems. Stacking up a debt to a loan shark (Donnie Kehr) that soon rises to the hundreds of thousands, Tommy’s antics cause friction between the band and jeopardize their future. As the band struggles to climb out of debt and stay relevant in a changing musical climate, Frankie’s personal life reaches a low point. 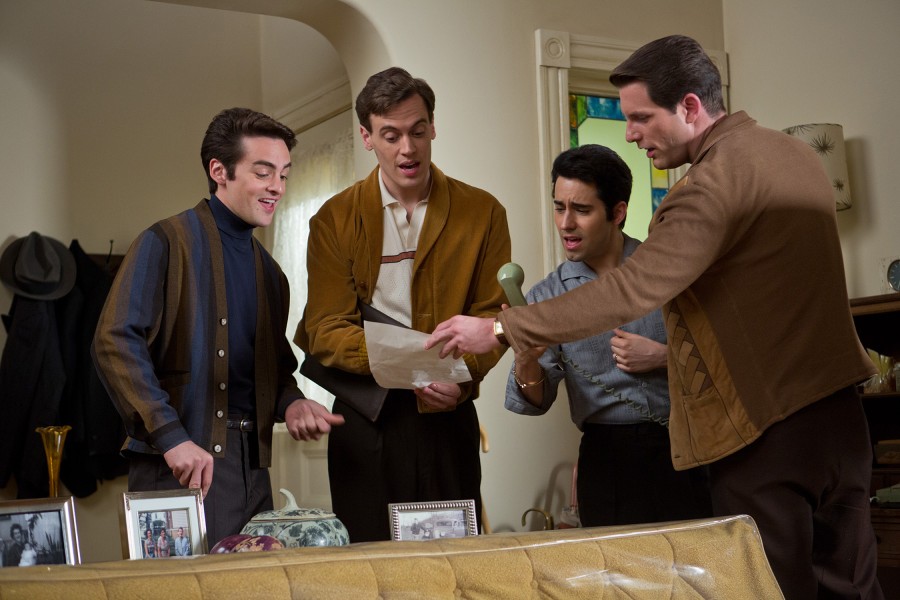 Although the rags-to-riches storyline is entertaining enough to keep the viewer engaged throughout the film’s 134 minute running time, the backstories of each individual member are too underdeveloped to gain much traction, especially Frankie’s tumultuous relationship with his wife and daughter. Where the film stands out, as one might expect, is in the musical performances and the stories surrounding the songs. Eastwood does an excellent job capturing the band’s exhilarating creative process, particularly when Bob Gaudio turns the germ of a song idea into a smash hit. When The Four Seasons perform these songs onscreen, they are staged with such feverish energy it feels as though the audience is hearing them for the very first time.

Taking a cue from the Broadway version, the film occasionally takes pauses in the narrative for each member of The Four Seasons to directly address the camera and comment on the story unfolding around them. This narrative device comes across as somewhat gimmicky on the big screen, but it also lends a lot of humor to the proceedings and effectively creates intimacy between viewer and subject.

The actors portraying The Four Seasons are talented musical performers but less skilled in the dramatic department, particularly John Lloyd Hall in the role of Frankie Valli. Onstage, his talent and charisma is through the roof; offstage, he is less successful. As the swindling Tommy DeVito, Vincent Piazza (“Boardwalk Empire”) is far and away the most dramatically impressive of the four band members, exuding devilish delight in his remorseless ways. As band members Bob Gaudio and Nick Massi, actors Erich Bergen and Michael Lomenda are competent but leave less of a lasting impression. And portraying Gyp DeCarlo, Christopher Walken, as always, makes the most of his limited screen time.

Overall, “Jersey Boys” is a worthy stage-to-screen adaptation that brings to life this heady era in American music and will leave audiences swooning over its stellar soundtrack.