"Miss Lovely" Directed By Ashim Ahluwalia Releases In US Theaters 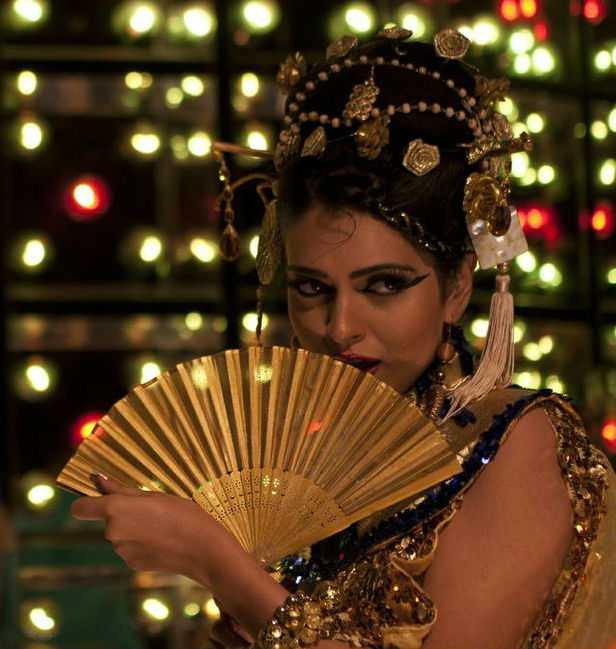 The chance of going to see an Indian movie from an unknown director with unknown actors on a Friday or Saturday night is slim to none for most of us. First, because most Americans do not think past their borders and, second, because most are not interested in discovering what foreign films have to offer. If they do not speak our language, then we are not interested. I have to admit, I am guilty of it as well. Yet, when I heard about “Miss Lovely,” which was shot in India and had been selected in the category “Un Certain Regard” at Cannes Film Festival in 2012, also winning the National Film Award- Special Jury Award (Feature film), I was intrigued. Obviously it had to be something special. Ashim Ahluwalia is an Indian filmmaker who was born in Mumbai, grew up in Bombay and studied in New York. Far from embracing Bollywood, he declares himself an Independent who wants to show the world the true India. He made his directorial debut with the feature-length documentary “John & Jane” (2005), which was praised at the Toronto Film Festival, the Berlin International Film Festival, and won him the 2005 National Film Award for Best First Non-Feature Film of a Director. Recently in New York to promote the release of his film “Miss Lovely,” which opens this weekend, I spoke to the director about the difficulties of working as an independent filmmaker. 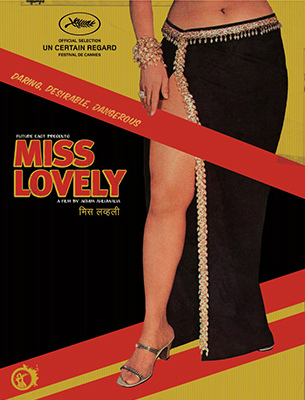 “Miss Lovely” is the story of two brothers who produce sleazy horror films in the mid-1980s in Bombay’s “C” grade film industry. Capitalizing on the profitable but dangerous porn-horror film making, it shows the exploitation of women, the lies, cheating and deception associated with it and two brothers torn apart. It is not the kind of picture we are used to, but it certainly delivers a powerful message and Ashim certainly gets his point across. Here is what he had to say...

Why did you decide to do this movie in particular?

I think a lot of it has to do with the fact that this was never discussed in India. It’s a really hidden subculture of Indian filmmaking. None of this material was out there. And I actually went to film school in New York. I went to a place called Bard College and when I moved back to Bombay, I found that I really didn’t have a space at all, in terms of what I wanted to do. I wanted to make independent films and there was only Bollywood, which was main stream. There was a kind of state sanctioned art-house cinema. Only four or five directors would keep getting money to make a certain kind of movie, which most people didn’t watch.

I didn’t really fit in either of those spaces, and I then started noticing these posters of these cheap sex films that were illegal, and were just being made really cheaply. I thought this would be very interesting for me to explore; who these people were that made these films and who watched them.
So I started a project and wanted to make a documentary about this secret cinema. I spent about a year and a half with people from the industry, such as actors, actresses, and directors just to understand it. But then a year and a half later, no one wanted to be in the documentary because Indian pornography is very fiercely illegal so anybody shooting any of this stuff would go to jail for three to four years without any bail. I thought, now I have all of these stories and material, I think one day I’d like to make this into a fictional film. That’s what I did — I took all this real material and I wrote a script around it, which kind of became the basis of “Miss Lovely.” 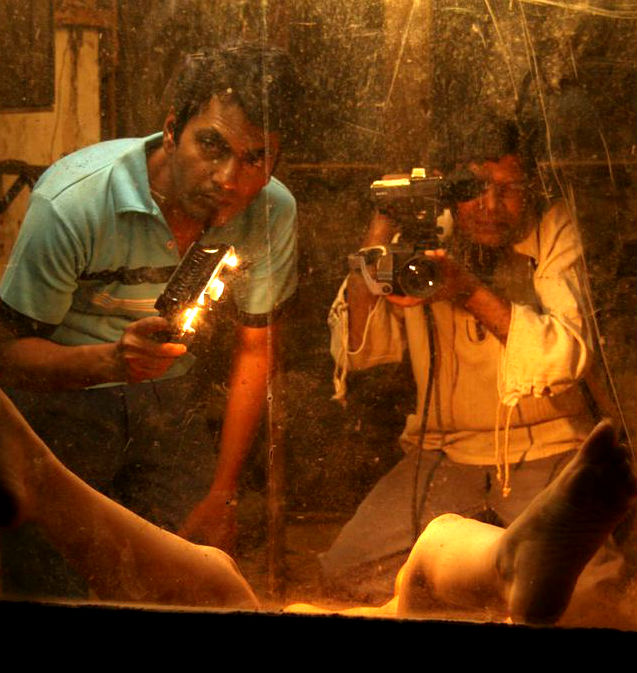 Did you want to do this because it hadn’t been done?

No, I wanted to do it because I felt like there was a space where there were films being made in a country — which makes the most amount of films in the world — and 70 percent of those films were not being talked about. I wanted to understand why anything that has to do with sexual material is hidden, because it reveals a lot about social dynamic. Why is this stuff illegal? What makes it illegal? So it really talked, I think for me, more about the state of India and the culture of India, than it did about the movies themselves.

We hear about Bollywood from time to time; however, we don’t really see the general public in the U.S. watching those movies. Yet your film was included in “Un Certain Regard” at the prestigious Cannes film festival.

Yeah. It was very lucky for me that it did, because I think if it hadn’t gone to Cannes, I don’t think anybody would have been willing to engage with a movie that is about a different side of India. It also went to the Toronto International Film Festival, and then the International Film Festival Rotterdam after that, so it became something that people were very interested in. Not just the subject of the film, but also the way it’s made. It’s not made like a fantasy. It’s not made like a typical Indian, Bollywood movie. It’s quite raw and it’s quite dark. You can count the number of dark Indian movies on one hand. Because most films in India are light and fun, and it’s all about everyone having a great time. But when you read the newspaper, that’s unfortunately not how it is in real life.Why is it so difficult for the Indian film industry to cultivate a public in the U.S.?

I think it’s because the films are geared to a certain Indian sensibility and India has a very long tradition of fantasy films. Again, like American films, it’s very intertwined with the star system, so Indians watch films not so much for the films, but for the stars. And when you know the star, and you’re really into the star, the music, the director, and the songs — then that’s a very culturally specific thing. So if you expose that film to another culture, it doesn’t quite work because people don’t really have the same connection to those stars or to that music or to that style of filmmaking. The stories themselves are not real; they’re not about anything. They’re fantasies. I think that’s what makes it difficult.

Yet there are a couple of films about India that have become popular here. So why do you think that it is so difficult for some directors to appeal to international audiences? 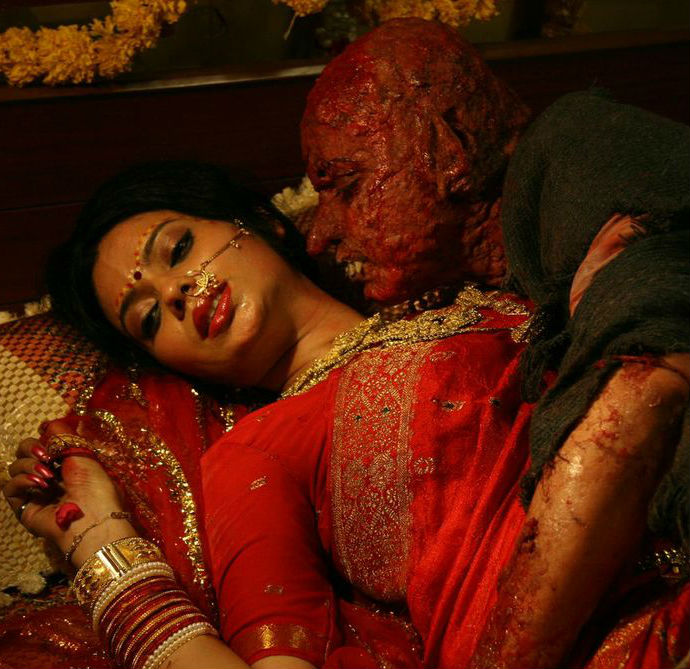 However, Indian directors are not making films only for India. You want your films to be recognized in other parts of the world, otherwise you would not be in the U.S. So how do you see this happening?

For me, I think if you make a film that’s genuine about the spirit that it comes from, then I think there are audiences around the world. For example; my film will show theatrically in France in a month, and will be released in Japan, Taiwan and Germany. I think it’s important to have stories that are Indian, but are out there.

Do you have any support from the Indian government?

The Indian government does not support any kind of cinema other than Bollywood.

That’s really interesting. So it must be very hard for you.

Yeah, it’s very, very hard to make independent films. Like in France, you have so much support for good cinema, and in India you’re always doing it against the system. You have the deck stacked against you, so it’s quite hard. This film took three and a half years to raise the money and then the money came from international productions, so if I didn’t have Cannes, and I didn’t have the Rotterdam, I would not be able to make this film. I would not be able to make any kind of cinema. I would have to make Bollywood films.

I would love to do that. I would love to make films that are cross-cultural and that are not specific to any one place. I’d love to make a film that’s set in the colonial period in India, because it would be a very interesting way to forge a kind of European sensibility and an Indian sensibility. But I don’t want to make films that are selling India to the West. If they’re fake or not believable, I wouldn’t want to do them. 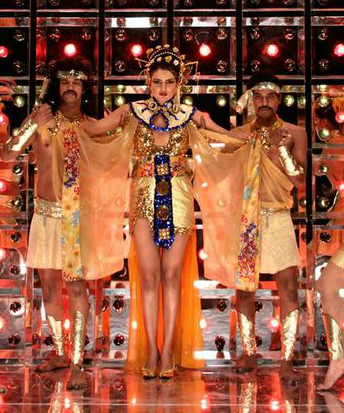 What was the process behind this movie?

It was completely an independent film, and it was built from scratch. This kind of film would have been unimaginable, maybe five years ago and this film was released in India about two months ago, so it’s really changed a lot of things. The actor — the guy who plays the younger brother — he’s now become a star. He’s on the cover of GQ. It’s really switched a lot of perceptions about what kind of cinema you can make.

What was different about your film and your casting?

Most actors in Bollywood look like models. You don’t have actors who look realistic. This guy was the first guy who looked very real, and who’s very good and he’s very realistic

What about the heroine?

Niharika Singh plays the character Pinky, and what’s interesting about her is that she had actually done two Bollywood movies before this film, which did not release. She was very frustrated with the Bollywood system because she said, ‘I’m not getting any roles where I can act. All of them are like me just looking pretty and standing behind an actor as the girlfriend or the wife, or whatever.’ But she has no roles, because there are no real roles for women in these films because they’re always just the decoration usually. So when she saw the script, I said, ‘Listen, it’s a dark film and it’s very crazy. It’s quite new in the way it’s portraying women in India. It’s quite a wild movie.’ And she saw the script and she came back to me and she said, ‘This is amazing it’s like a novel. I would love to do this.’ And I was really surprised, and since then she’s now of course getting very interesting films to do. All the women in this film are very strong and you don’t see women who take charge ever.

Are you working on a new project?

Yeah, I’ve got a couple of films. One of them is actually very different.  It’s set in Italy and it’s a Renaissance movie, completely different from this. And then there’s another film which is set in India and it’s in development, so we have a couple of things, but nothing’s concrete yet.

“Miss Lovely” is being released June 20th in select theaters in the US.