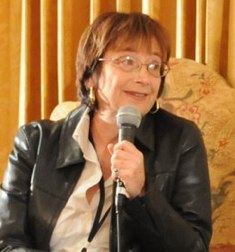 Tomorrow, June 11th marks the kick off for the Los Angeles Film Festival in conjunction with Presenting Media Sponsor the Los Angeles Times and Host Partner L.A. LIVE. They have announced the festival jurors for this year.

The documentary jury is comprised of editor Lynzee Klingman(Hearts and Minds, A River Runs Through It, One Flew Over the Cuckoo’s Nest, War of the Roses), Spirit Award-winning director Margaret Brown (The Great Invisible, The Order Of Myths, Be Here To Love Me: Townes Van Zandt) and film critic and author Justin Chang (LAFCA, Variety).

The Festival hosts juried cash awards for best narrative and documentary features, best feature from the LA Muse section, sponsored by Fox Audience Strategy and narrative, documentary and animated short film, sponsored by HBO. There will also be a jury award for best performance in the narrative competition. Audience awards are presented to best documentary, narrative and international feature, short film and music video. The Los Angeles Film Festival is a qualifying festival in all categories for the Film Independent Spirit Awards and for the Narrative and Animated Short Film categories at the Academy Awards.

The competition and audience award winners, presented by a special guest host, will be announced at an Awards Cocktail Reception sponsored by Loyola Marymount University’s School of Film and Television on Thursday, June 19.