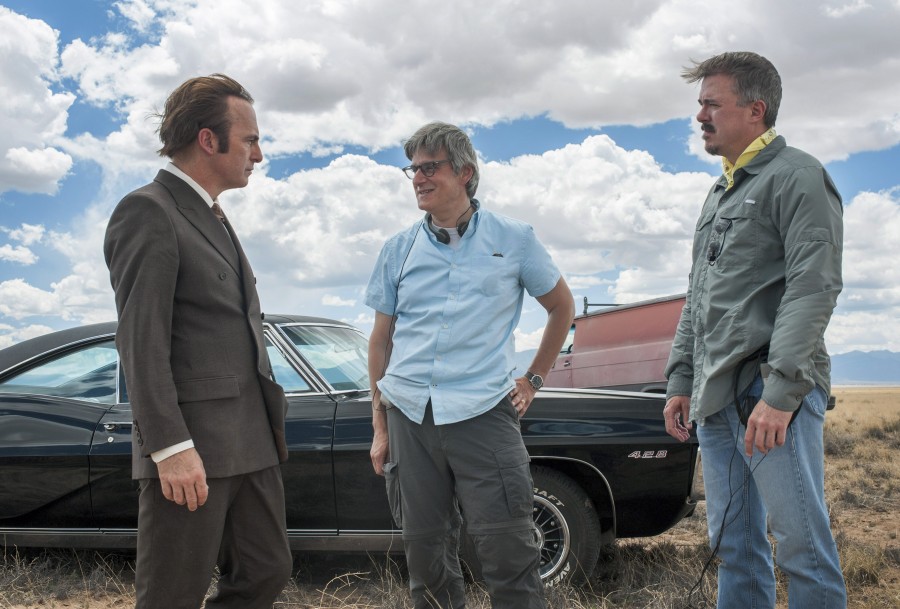 AMC provided the first of several planned updates on the “Breaking Bad” prequel “Better Call Saul,” including the release of a first-look photo from the Albuquerque, New Mexico set where the widely-anticipated drama began production on its first 10-episode season earlier this month.

“Production on ‘Better Call Saul’ is underway and we could not be more proud of nor more excited about the work to date. We join the fans in eager anticipation for this series and today we happily confirm that our initial ‘Saul’ order is for two seasons and a total of 23 episodes,” said AMC president Charlie Collier. “When introducing any series, especially one with the DNA of ‘Breaking Bad,’ there are countless factors to consider in making sure the show gets the launch it deserves. We have a strong history with Vince, Peter, Bob, the studio and so many involved with this production; we are enjoying the process on ‘Saul’ and all share a focus on making it a true television event. No half measures.”