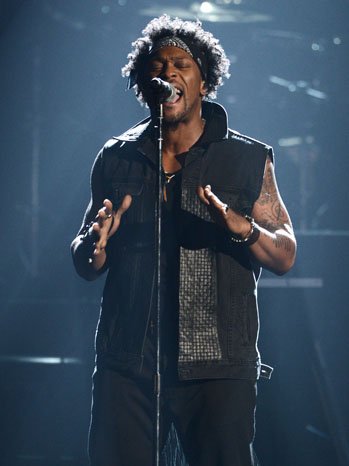 It’s been so long, with so many false alarms, you start to lose track. D’Angelo’s long-awaited follow-up to his classic 2000 album “Voodoo”was supposed to come out in 2007. Then 2009. Then 2010. Then he started touring, for the first time in 10 years, in 2011 and into 2012, airing four solid new songs: “Ain’t That Easy,”“The Charade,”“In Another Life” and “Sugar Daddy.” Last year, he played some shows as a duo with longtime friend and collaborator ?uestlove as “Brothers In Arms.” He performed the electrifying encore at Michael Dorf’s “Music Of Prince” tribute at Carnegie Hall, along with ?uestlove and members of the Roots and the Revolution, around the same time. He turned up at Bonnaroo last weekend, playing covers. He even gave an underwhelming 75-minute-long talk, moderated by veteran journalist (and Billboard alum) Nelson George, last month at the Brooklyn Museum as part of the Red Bull Music Academy, which provided some entertaining anecdotes but not much in the way of actual news. The album was clearly a taboo topic: ?uestlove, called onstage to join in the talk a couple of times, was the only one who dared to bring it up, and the chat ended immediately afterward.

Yet D’Angelo’s manager, Kevin Liles of KWL Management and a longtime label and branding exec, told Billboard last week that the wait for the world’s most long-awaited album apart from Dr. Dre’s “Detox” is almost over. Now, that’s nothing we haven’t heard before: ?uestlove said in December of 2011 that the album was “pretty much 97 percent done,” and in January of 2013, he told Billboard that it was “99 percent done.” In March of 2013, Liles told Billboard,“We’re trying to finish the album. Right now we have 13 songs done, trying to think about the sequence of the album, mastering and mixing within the next two weeks, and release the thing. Ain’t no question it’s coming.”