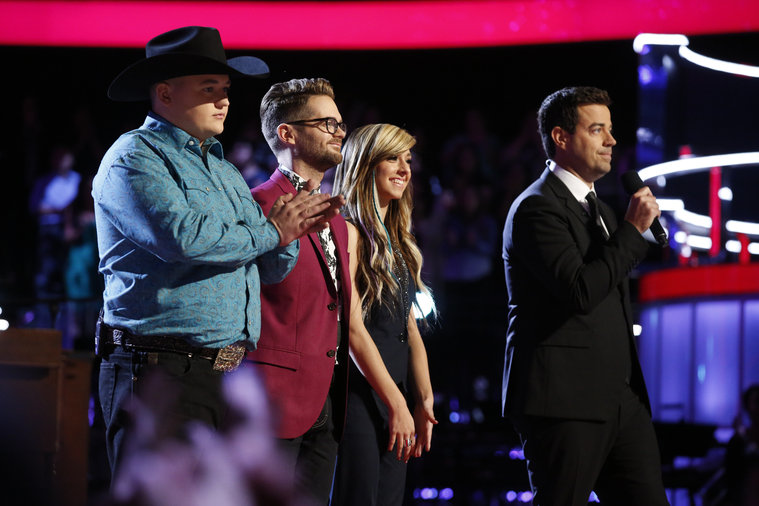 Coming off of his season six triumph on NBC's "The Voice," singer Josh Kaufman will take his mic on the road for “The Voice Tour Presented By CLEAR SCALP & HAIR™"starting June 21 in San Antonio, TX. Tickets are available NOW at www.thevoice.com/tour and www.aeglive.com. And Josh won't be alone on the stage. Kristen Merlin will officially join the tour as well after being voted in by the fans via twitter submissions, deeming her fan favorite. Country crooner Jake Worthington and pop powerhouse Christina Grimmie will also singing across the country.

The 31-show concert tour launches June 21st in San Antonio, TX and stops in major cities including New York, Los Angeles, Chicago and Toronto, ON before wrapping in Redmond, WA on August 2nd.

In addition, other Voice artists confirmed for “The Voice Tour” include Season five champ, Tessanne Chin, who is gearing up for her debut album, “Count On My Love” out June 24th, teen soul-pop artist Jacquie Lee, who has recently released new single, “Broken Ones,” and vocal powerhouse Will Champlin who also recently released a single of his own, “Eye of the Pyramid.” In addition, Dia Frampton from season one is also confirmed as well as Jake Barker from this season, whose blind audition of “When I Was Your Man” has an impressive 1.86M hits on YouTube, and secured him a surprise invitation by the tour as one of nine performers hitting the road this summer.

“The Voice Tour” will be an interactive experience: fans will be able to watch and vote on blind auditions for three lucky local participants who will get to perform on stage at the concert. In other stops on the tour, local Voice alumni will come back and join the touring artists for special performances. Fans will also watch never before seen surprise duets and group numbers with contestants from different seasons of the show. A signature red chair will also be on site where fans can take pictures and sit in the seat that made the show famous.

CLEAR SCALP & HAIR™ will join NBC’s The Voice as the official title sponsor of “The Voice Tour,” bringing its message of resilience across the U.S. In addition to providing fans with exclusive behind-the-scenes access and content from the road, CLEAR SCALP &HAIR™ will give concertgoers a chance to win autographed Voice Tour prize packs just by sharing their
applause-worthy hair at select concert dates.