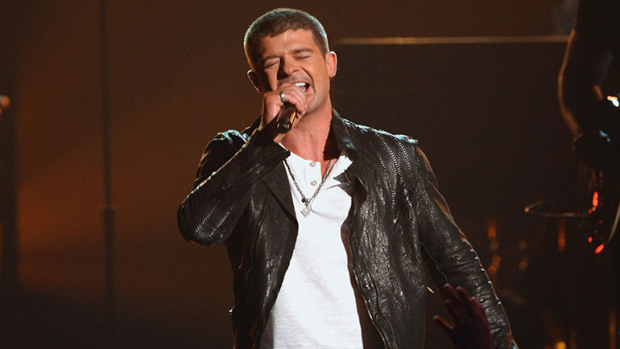 Singer, songwriter, and performer Robin Thicke will release a brand-new album July 1st on Star Trak/Interscope Records. The album was written and produced entirely by Thicke, who has released six prior albums and written and produced songs for such artists as Michael Jackson, P!nk, and Christina Aguilera. Thicke premiered the album’s soulful first single “Get Her Back” with a classic, heartfelt performance at the 2014 Billboard Music Awards Sunday, where he took home four awards — “Top Hot 100 Song,”“Top Digital Song,”“Top Radio Song,” and “Top R&B Song” — for “Blurred Lines,” featuring T.I. and Pharrell Williams. On Tuesday’s finale of The Voice, Robin performed “Get Her Back,” with winning contestant Josh Kaufman and once again underscored why he has become one of the most respected vocalists in contemporary pop, soul and R&B music.