Pharrell Williams, Mary J. Blige & More Sing On The "Think Like A Man Too" Soundtrack 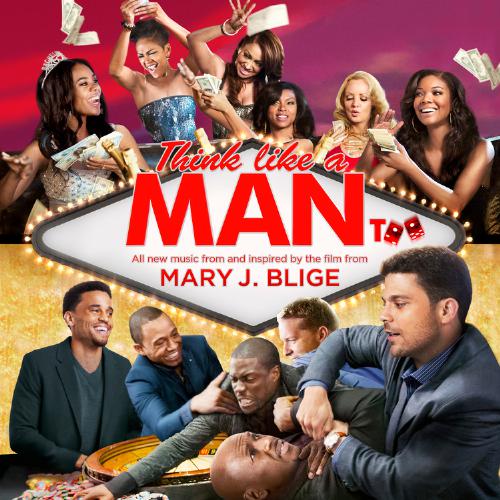 Epic Records announces the release of the official soundtrack album to the Think Like a Man sequel and one of the year's most anticipated comedies, Think Like a Man Too (Music From & Inspired by the Film), on June 17 in stores and across all digital retail providers. The pre-order goes live on iTunes and Amazon on June 3rdand fans will receive an instant download of the single "Suitcase" as well as "Moments of Love" and "A Night To Remember."

This time around, Grammy Award-winning R&B icon Mary J. Blige recorded an entire collection of music from and inspired by the film. The first single "Suitcase" showcases her signature sound, while her remake of Shalamar's hit "A Night to Remember" is an instant classic, and is inspired by key scenes in both the film and trailer. Influenced by the backdrop to the film, "Vegas Nights" featuring The-Dream will be included as the end credits to the film while "Moments of Love" showcases the songstress' powerful and passionate vocals.

The album follows up the 2012 soundtrack for Think Like a Man, which debuted at #1 on Billboard's Soundtrack Albums Chart and hit #5 on the R&B Albums Chart, as well as yielding John Legend's Grammy Award-nominated, RIAA Gold-certified single "Tonight (Best You Ever Had)" [featuring Ludacris]. Meanwhile, Think Like a Man Too opens in theaters Friday, June 20 from Screen Gems.

This also continues a great partnership between Epic Records and the film franchise. The original Think Like a Man soundtrack spawned over 1.4 million combined single sales between "Tonight (Best You Ever Had)", Jennifer Hudson & Ne-Yo's "Think Like A Man" [featuring Rick Ross] and Luther Vandross' "Never Too Much" in addition to each topping the radio charts.

In the highly anticipated sequel, which was inspired by Steve Harvey's best-selling book Act Like a Lady, Think Like A Man, all the couples are back for a wedding in Las Vegas.  But plans for a romantic weekend go awry when their various misadventures get them into some compromising situations that threaten to derail the big event.