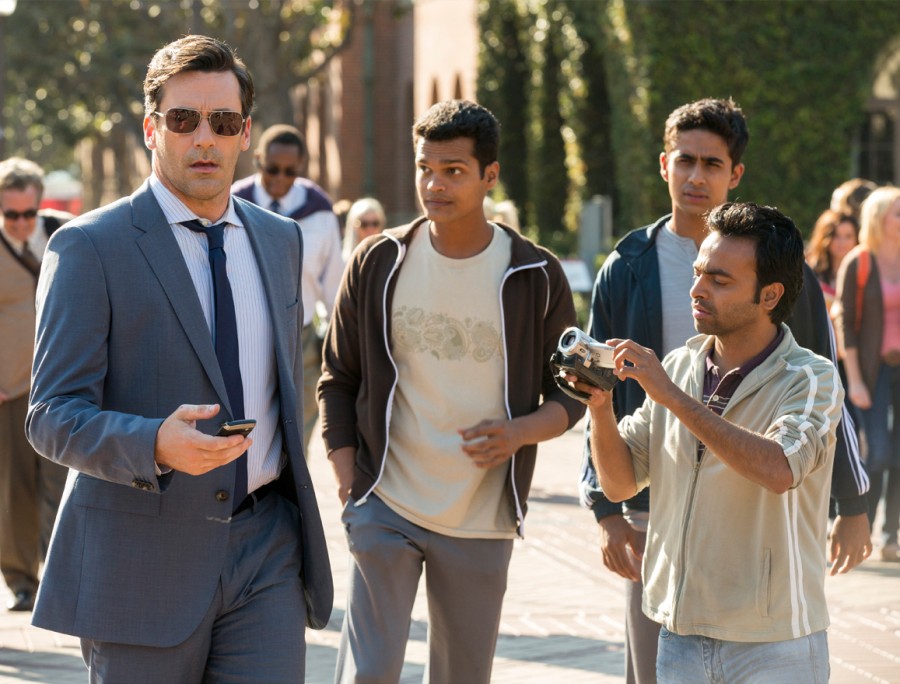 Disney brings the based-on-true-events story of a struggling sports agent, played by Jon Hamm (Mad Men), who in a last ditch effort to save his agency travels to India and stages a contest to find a cricket player that could throw in the Major League, in Million Dollar Arm. The film’s charming lead, fun supporting characters and inspiring moments give it all the right elements to be another feel good sports film, but hitting the status quo of the genre seems to be the extent that the film is willing to satisfy. It is a perfectly pleasant, though ultimately formulaic film. A carbon copy of the sports movies you may have enjoyed in the past, only with an Indian twist this time.

In the Craig Gillespie (Lars and the Real Girl, Fright Night) directed film, Hamm plays JB, a former hotshot agent at a big sports agency, who is now having financial trouble after striking out on his own. 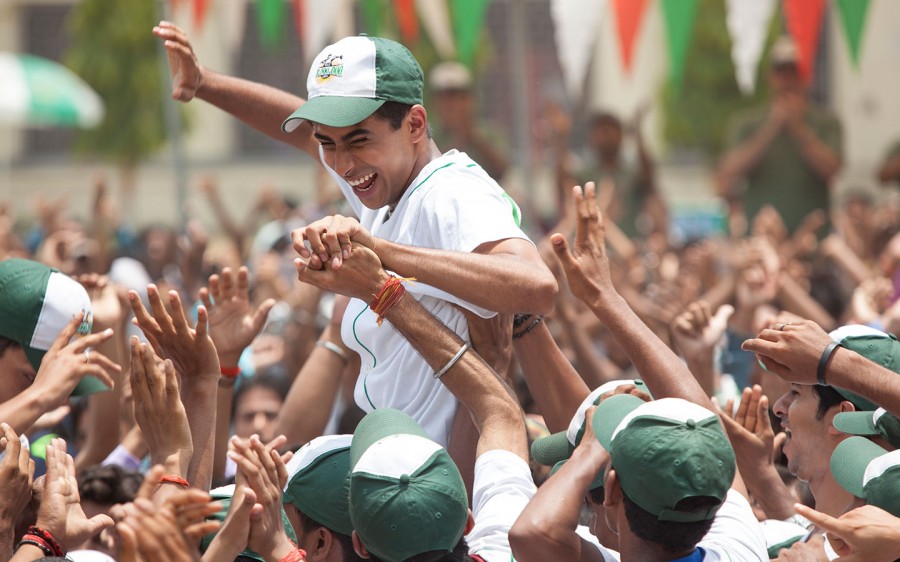 Things seem especially disparaging after he loses a major client to a large rival agency. Desperate for a big idea, he has the epiphany to combine the Indian-beloved sport of cricket with a reality competition format to find a potential MLB player out of the untapped resource of India. JB along with an ornery pitching expert, Ray (Alan Arkin), and an eager-to-please local named Amit (Pitobash) travel around India scouting potentials. The prospects seem dire at first and JB questions the whole endeavor, but eventually JB is surprised to find two strong possibilities with Rinku, played by Suraj Sharma (Life of Pi) and Dinesh, played by Madhur Mittal (Slumdog Millionaire). JB takes the polite, grateful and often amazed Rinku and Dinesh from their modest homes to the vastly different world of glamorous Los Angeles, California. The wide-eyed Rinku and Dinesh must adapt to this strange, new environment, while they train for their big chance and JB has to realize that getting the most out of others will take more of him than he expected.

The film offers a wide array of colorful supporting characters. Arkin’s acerbic quips add a consistent stream of laughs throughout the Indian section and contrast nicely to Pitobash, who offers a sillier kind of comic relief that will surely be the favorite of many, especially younger viewers. Unfortunately, the film’s other main Indian characters, Rinku and Dinesh, are not as well distinguished. This isn’t an issue with the acting skills of Sharma and Mittal, who have both proven themselves previously, but rather a lack of time spent on character development. Their fish-out-of-water routine in the US can be amusing, but it doesn’t really let the viewer get to know them. Really, other than their throwing styles, they seem relatively interchangeable. This is especially glaring, since Rinku and Dinesh are the characters/people whose lives transform the most over the course of events, but that transformation comes off mostly superficial. 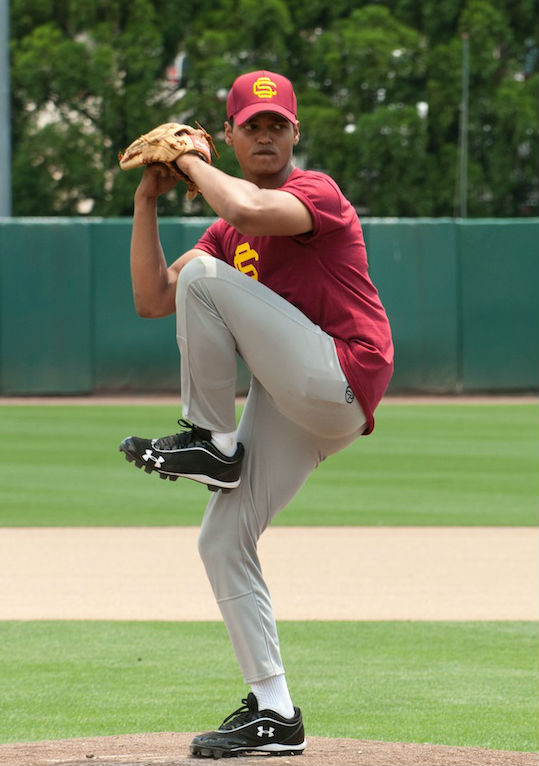 The only character with any substantial emotional character arch is JB. Hamm plays JB with just the right amount of smug likability to allow the viewer to root for him, even while he’s being nakedly opportunistic in the beginning. Having JB as our vantage point into the film allows the viewer to join his journey of personal growth, as he learns to open himself up and think of others.  However, this point-of-view creates a problem for the film’s climax. In the end, it’s Rinku and Dinesh who must prove themselves, not JB. This leaves the viewer disconnected in it’s culminating moment, as if one step removed from fate.

Disney, along with producers Mark Ciardi and Gordon Grey are no strangers to inspiring sports stories. Together they have brought you Invincible, Miracle, Secretariat and The Rookie. To say they have this particular plotting down pat would be an understatement and they invest in it fully with Million Dollar Arm. There’s certainly an argument that says, why mess with something that works. This is a completely valid point, but it also deprives the viewer of any surprises. Every character realization and plot twist seems pre-determined and predictable. Even its depiction of exotic India: crowded, loud, beautiful, is something even the most sheltered westerner has seen before. To use a metaphor from a certain popular past time, that fastball is only going to take you so far, how about a changeup?

It’s hard to be disappointed by a movie so clinically designed to please. It’s basically a cinematic Happy Meal, where everything is identical to the last one you had, except the toy. Million Dollar Arm does not want to challenge you. It simply wants to entertain you and maybe offer 124 minutes of escape. This isn’t necessarily a bad thing. Sure, Million Dollar Arm is a Happy Meal, but if that’s what you’re in the mood for, then it should be pretty satisfying.

http://movies.disney.com/million-dollar-arm
Rated PG for mild language and some suggestive content