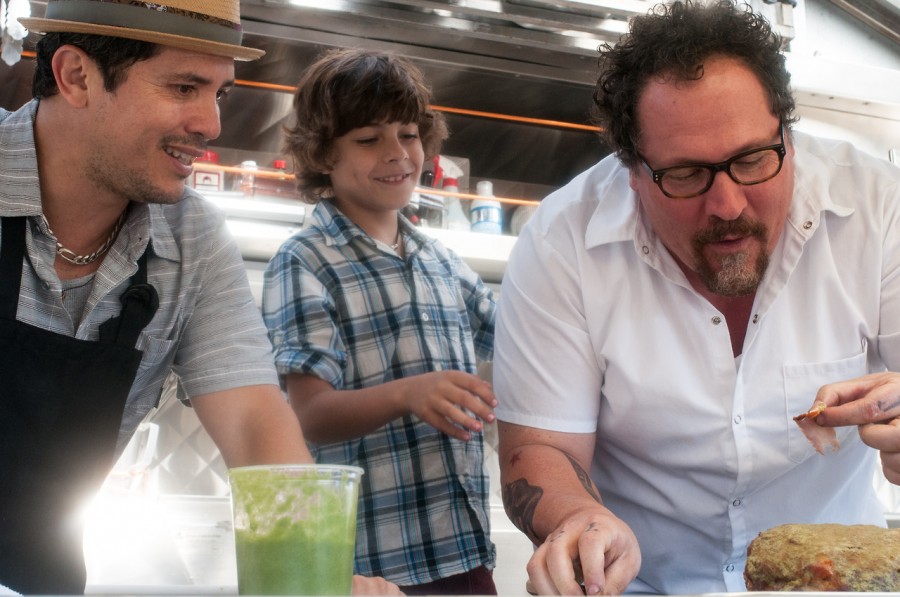 After dedicating the better part of a decade to mega-budget action films like the “Iron Man” franchise and 2011’s critically maligned “Cowboys And Aliens,” writer-director-producer-actor Jon Favreau has finally returned to his indie roots with “Chef,” a delectable comedy starring himself, Sofia Vergara, Dustin Hoffman, Robert Downey, Jr., John Leguizamo and Emjay Anthony, among others.

Aided by a first-rate cast, a whip-smart screenplay that’s as tender as it is funny, and an intoxicating soundtrack, “Chef” succeeds on many levels: as a commentary on social media, as a father-son bonding story, as a midlife crisis tale, and also as a personal statement on the filmmaker’s ambivalence about his career choices. Hilarious, heartwarming, and, much like the exquisite dishes its protagonist serves up, sure to leave audiences contented, “Chef” contains the necessary ingredients for box office glory.

Chef Carl Casper (Jon Favreau), or El Jefe, as his kitchen staff endearingly refers to him, is the reputable chef of a tony restaurant in the Brentwood section of Los Angeles. Even though he has what seems on the surface like a great job, Carl is deeply unsatisfied with the direction his career has headed. Once considered among the nation’s most exciting new chefs, Carl has been stuck for the past ten years cooking the same meals at the same restaurant for the same clientele. Needless to say, he’s ready for a change.

When Carl learns that Ramsey Michel (Oliver Platt), an influential food blogger, is coming to review his restaurant, he jumps at the opportunity, creating a unique menu specifically designed to knock the socks off of even the most discriminating foodie. But when the restaurant owner (Dustin Hoffman) catches wind of Carl’s menu, he puts the kibosh on it out of fear that it will jeopardize his steady business. 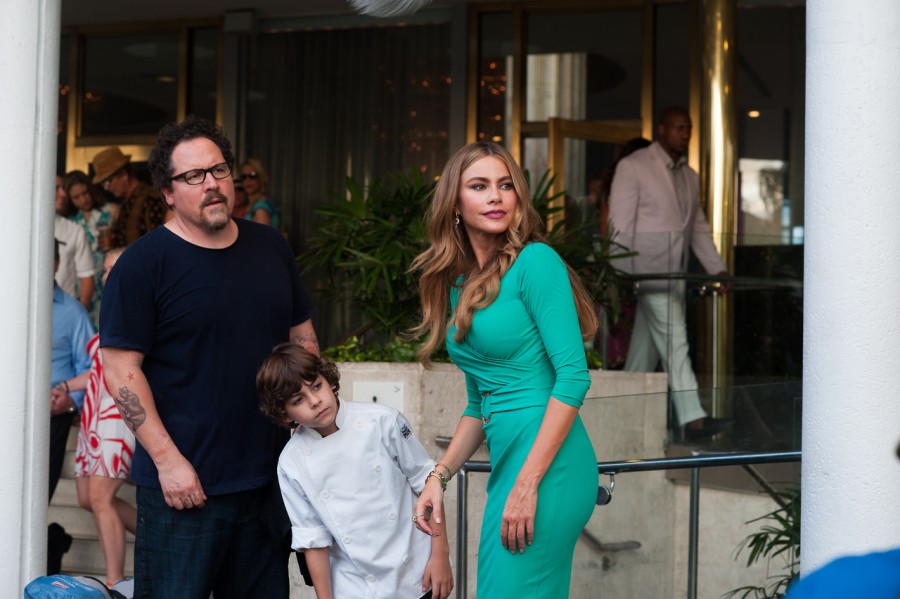 Sure enough, when the blogger shows up, he’s bored to tears by his meal and crucifies Carl in his review, attacking his character as much as his food.  This review quickly degenerates into an all-out Twitter war that climaxes with Carl publicly confronting the blogger and their epic showdown being posted on YouTube. To make matters worse, he also quits his job.

Despondent over his unemployment, not to mention his internet infamy, Carl tags along with his son and ex-wife, Inez, (Sofia Vergara) on a trip to Miami in hopes of clearing his head. Inez claims the purpose of the trip is to visit her father, but the real reason is so she can goad Carl into resurrecting his career by buying a food truck and starting anew. This poses an opportunity for Carl to exert control over his food, recharge his creative batteries, and, as an added bonus, bond with his son, who happily agrees to assist his father with his new venture. Along with the help of a former co-worker (John Leguizamo), Carl and his son embark on a gastronomical odyssey from Miami to Los Angeles.

Favreau’s screenplay is full of hilarious, razor-sharp dialogue and situational comedy. It’s not flawless, as it hits a few too many familiar beats, specifically with respect to the father-son bonding subplot, but it’s full of colorful characters and very much in tune with the times, especially in reference to the function of social media in today’s culture. In fact, with the exception of “The Social Network,” there are few films of recent memory where social media plays such a large role in the story. Favreau gets a little carried away with this at times, such as when he introduces animated birds that fly away upon Percy’s tweeting, but aside from that he makes inventive use of the technology.

As an actor, Jon Favreau bursts with likability. His comedic range is certainly impressive, but he’s surprisingly endearing as well, able to sell the tender moments between father and son without obvious strain. Seldom does he have the opportunity to showcase his talents, as he’s mostly cast in zany supporting roles in comedies, but “Chef” confirms his skill in front of and behind the camera. 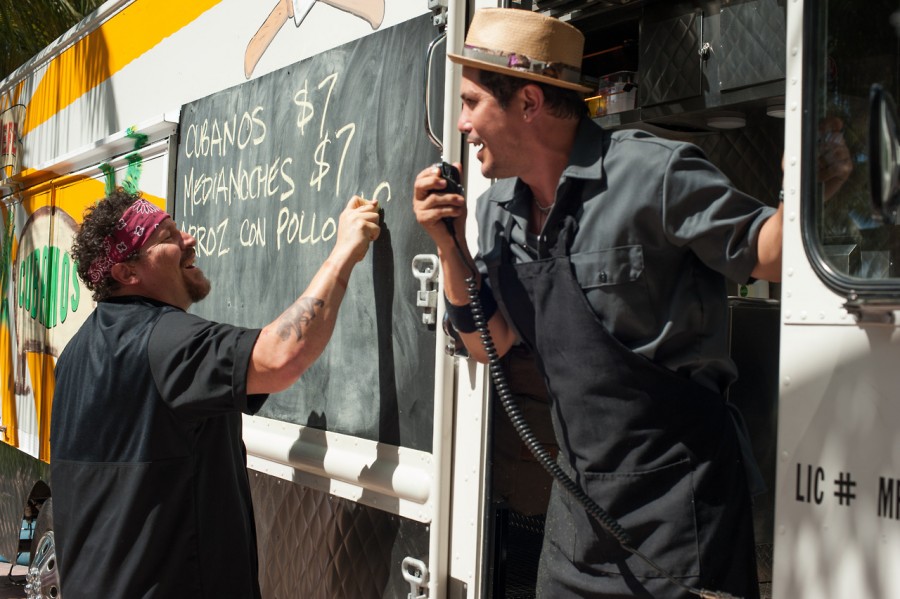 As the adventure-deprived Percy, Emjay Anthony (“It’s Complicated”) is a delightful presence and makes the most of his ample screen time. His turn as a child of divorce rings absolutely true, and it also doesn’t hurt that he has great chemistry with Favreau. Every actor in the film delivers, but special recognition is in order for John Leguizamo and Robert Downey, Jr., who should both stand trial for aggravated scene-stealing.

Parallels between the character Carl Casper and the filmmaker Jon Favreau are unavoidable. Directing a Marvel superhero film may seem to many like the pinnacle of success, much like being head chef at a prominent restaurant; but for a filmmaker like Favreau, or a chef like Carl, whose best work has always been aligned with his singular vision, the artistic compromises inherent in such a massive enterprise eventually take their toll. Both the filmmaker and the character are at their best when working on a more intimate scale.

Do yourself a favor and go see “Chef.” My only suggestion: Don’t go on an empty stomach. It would be the biggest mistake of your life.

Food & Drinks
Where Do Our Favorite Foods Originate From?

FYI
Where Do Our Favorite Foods Originate From?