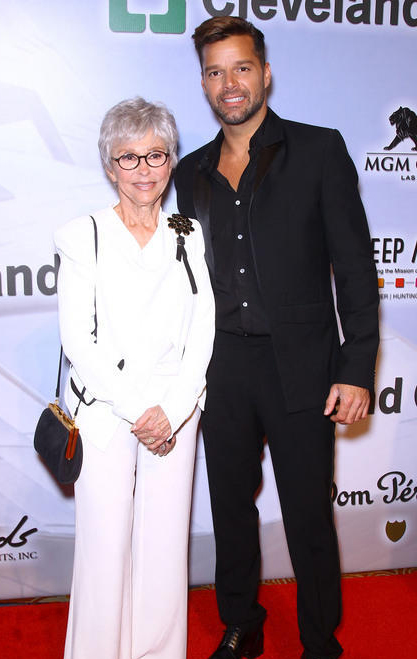 Leading Hispanic media brand, People en Espanol, will honor iconic award-winning actress Rita Moreno with its esteemed Lifetime Achievement Award (Icono de People en Espanol) at the star-studded, annual event, Los 50 mas bellos.  Global star Ricky Martin will present the award to Moreno, who will be recognized for her unprecedented contributions to the arts and for breaking down barriers for Latinas worldwide throughout her career.

Best known for her 1961 role in West Side Story, Moreno's career has spanned over six decades influencing millions. She is one of only 12 people, and the first Hispanic artist, to have received the four major entertainment honors—Emmy, Tony, Oscar and Grammy awards (also known as the EGOT).

The People en Espanol Lifetime Achievement Award was established in 2012 to celebrate the very best in Hispanic entertainment by honoring talented individuals who have captivated our imagination and hearts through their art. Previous honorees include international music icons Luis Miguel and Gloria Estefan.

Pick up the People en Espanol 50 Most Beautiful issue on newsstands May 2nd. Catch all the red-carpet action live from the 2014 Los 50 mas bellos event May 12th at 9:30pm on Peopleenespanol.com. Join the conversation @peopleenespanol #50MasBellos.