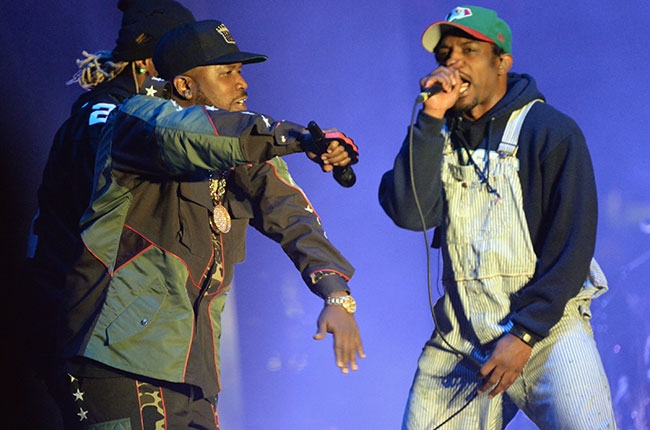 Hip-hop duo Outkast, who recently celebrated their 20th anniversary by reuniting for this year’s Coachella Valley & Arts Music Festival, will headline the 2014 BET Experience, to be held June 27-29 at L.A. Live in downtown Los Angeles. Outkast’s Andre 3000 and Big Boi will perform at the Staples Center on June 28. Other acts on the bill that day include Rick Ross, A$AP Rocky, K. Michele, Ty Dolla $ign, August Alsina and host DJ Khaled. Outkast is also lined up to perform at numerous other music festivals around the world, including CounterPoint in Atlanta, Governors Ball in New York, Wireless in London, Lollapalooza in Chicago, and many more. The BET Experience will launch on June 27 with Staples Center concerts by Maxwell and Jill Scott, who’ll be joined by Marsha Ambrosius and Candice Glover. The three-day festival will close on June 29 with performances by Mary J. Blige, Trey Songz, Jennifer Hudson and Tamar Braxton. This marks the second year of the event, an alliance between BET Networks and AEG Live, the developer/operator of L.A. Live and Staples Center.